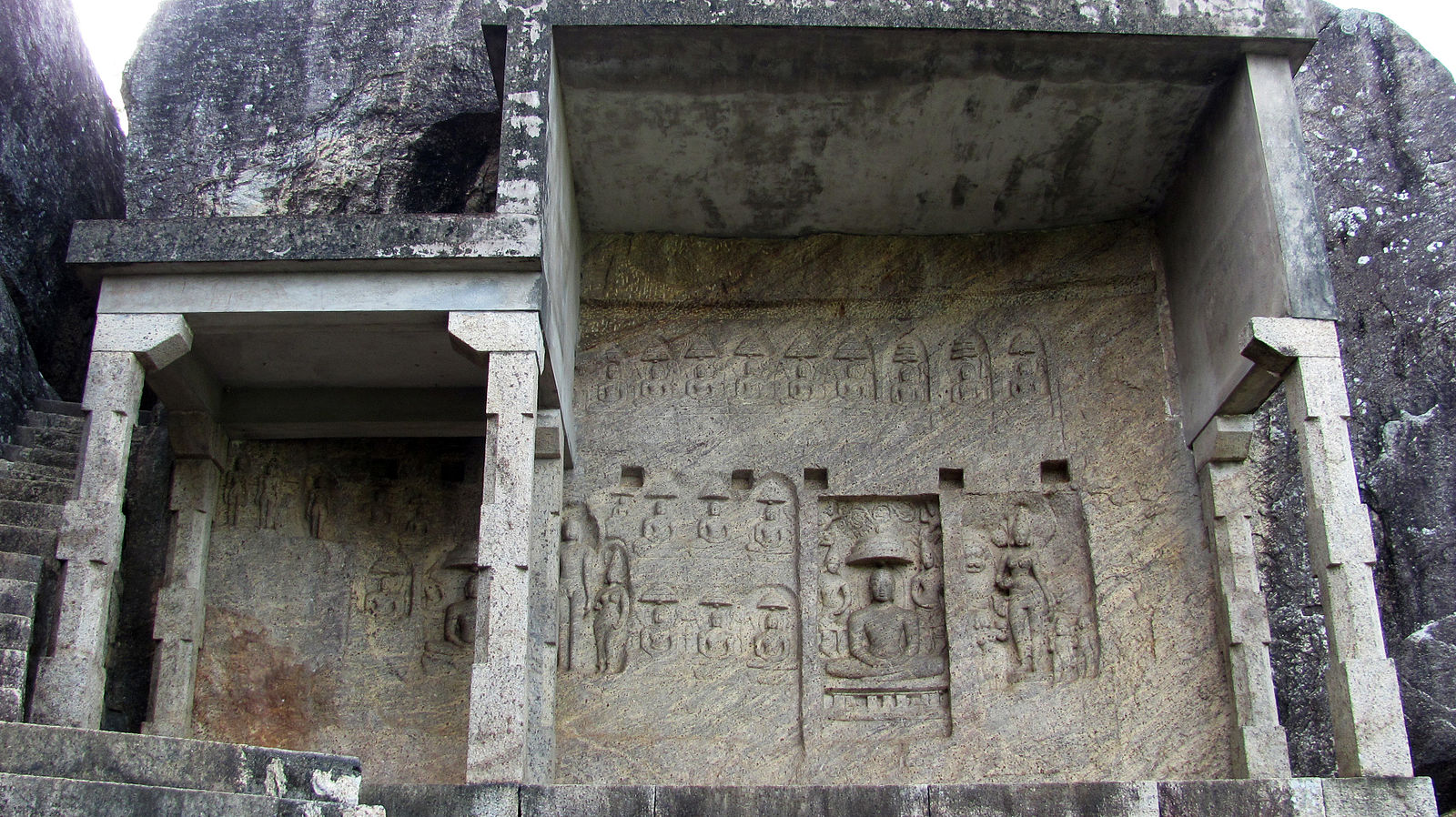 The temple is a well-known monument of the south Indian subcontinent. Chitharal Jain Temple, also known as Chitharal Malai Kovil, is situated on a hill. Some other popular names for the temple are Chitharal Cave Temple and Bhagwati Temple.

It is basically a monument with two buildings. One of those buildings is assigned to the Jain temple and it is one rock-cut temple. While the other one is a Hindu goddess temple. The Hindu temple is a combination of one rock cut and stone architecture. One can easily book a tour and retrieve more information about the temple from the Chitharal Jain Temple contact number.

Chitharal Jain Temple is located near Chitharal village located in the district of Tamil Nadu in India. This temple is based on the religion Jainism. It is located 55 kilometres in the northwest direction and 4 kilometres away from Kuzhithurai town.

In addition to this, the Hillock known as Thiruchanattu Malai and Chokkanthoongi Hills known by locals have the Chitharal rock Jain Temple. The mountains are on the north side of Chitharal village. 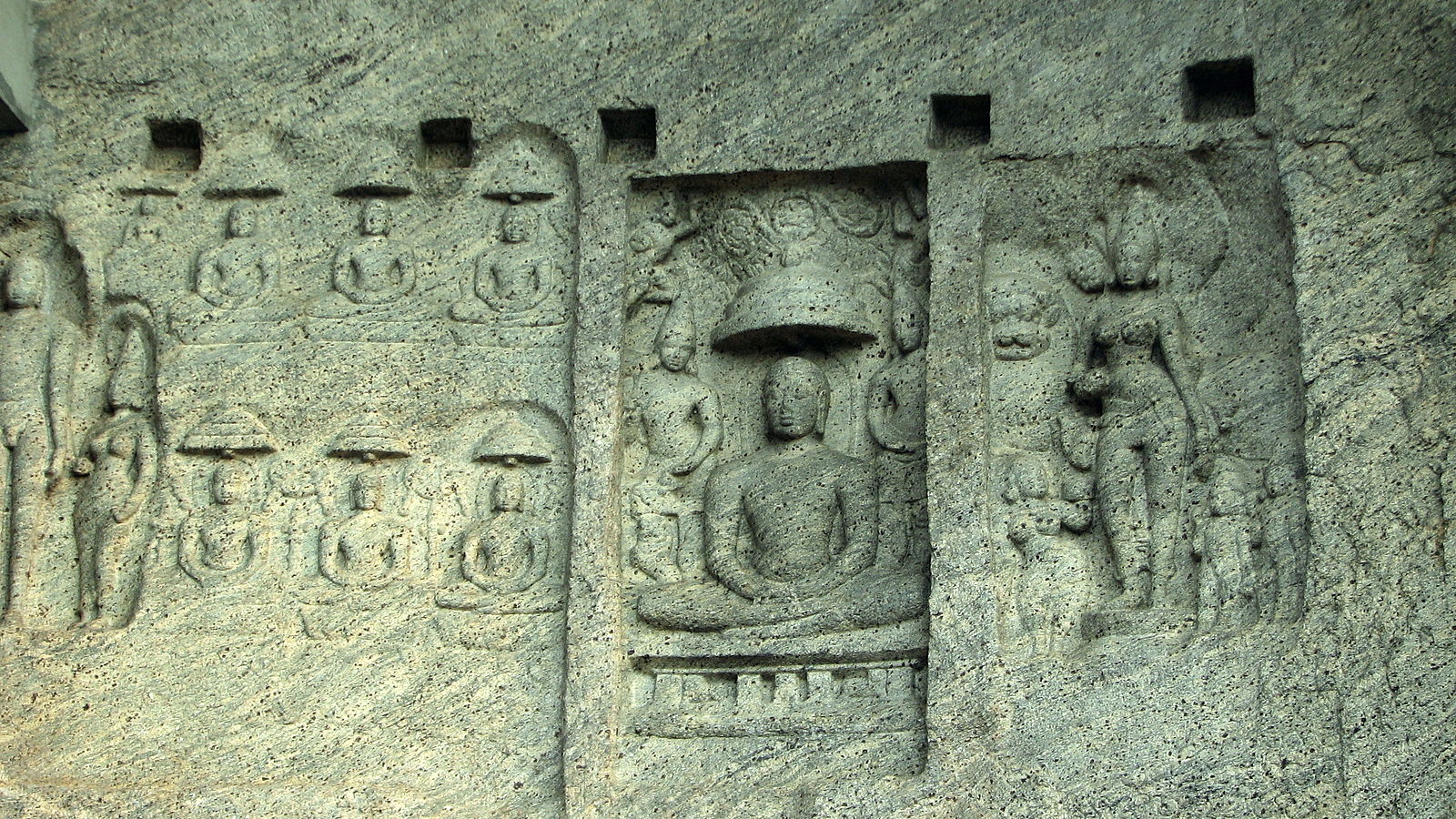 This temple’s whole area is also referred to as Thirucharanathupalli and the hill rock is Tiruchcharanattu malai, which states that it is a holy charade. This whole temple has beds and two monuments. According to the Archaeological Survey, they stated that those beds are from the first century of BCE to the sixth century of CE.

Meanwhile, the one cave temple and the main monument are roughly from the ninth century. Besides that, there are three sanctums with Jain pictorial as – Parsvanatha, Mahavira, and Padmavati. Moreover, there is also a Hindu Temple inspired by the Hindu goddess, wife of Lord Shiva Parvati also known as Bhagwati. This is known to be added after the ninth century, after finishing the construction of the Chitharal Jain temple. 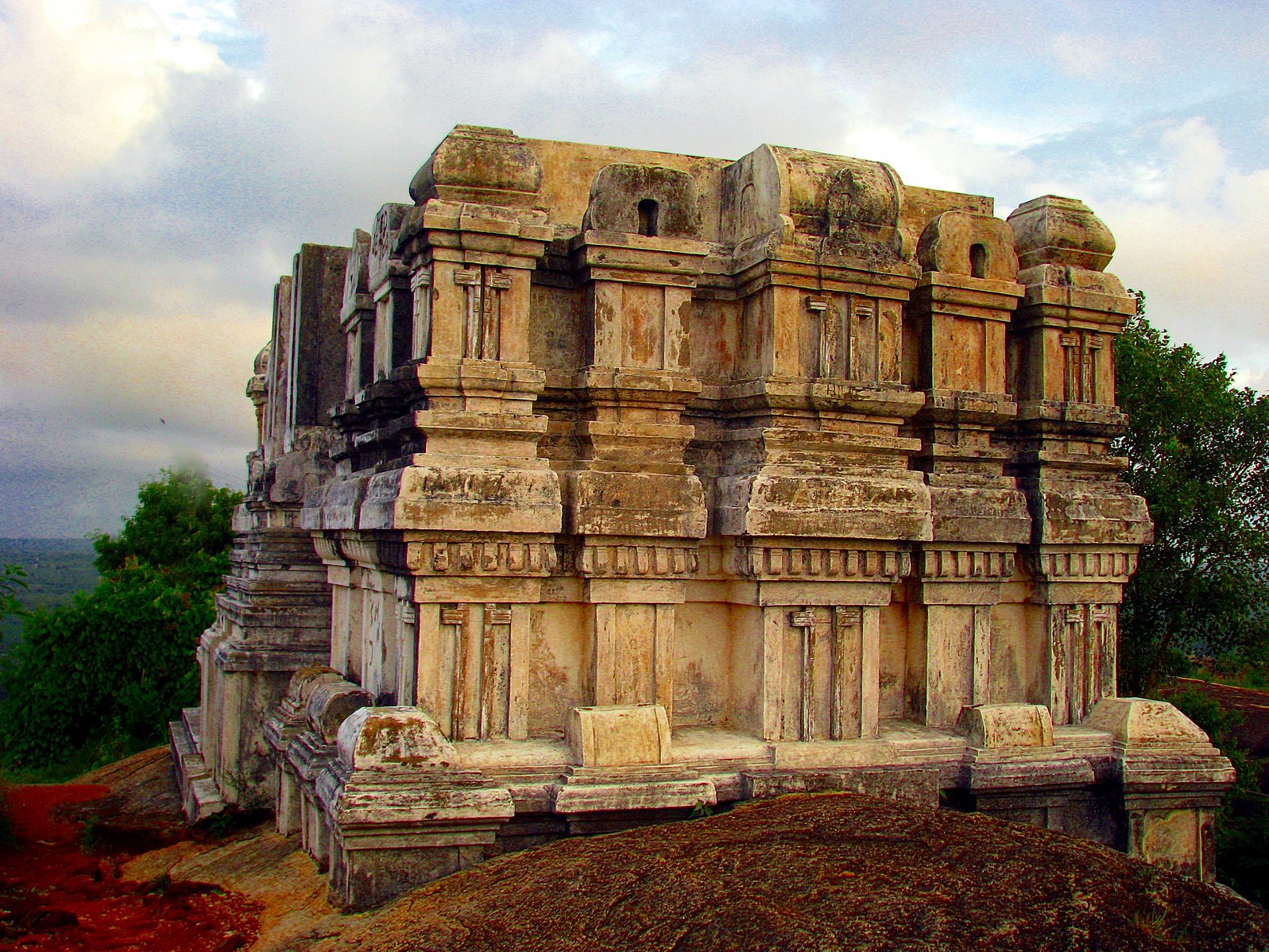 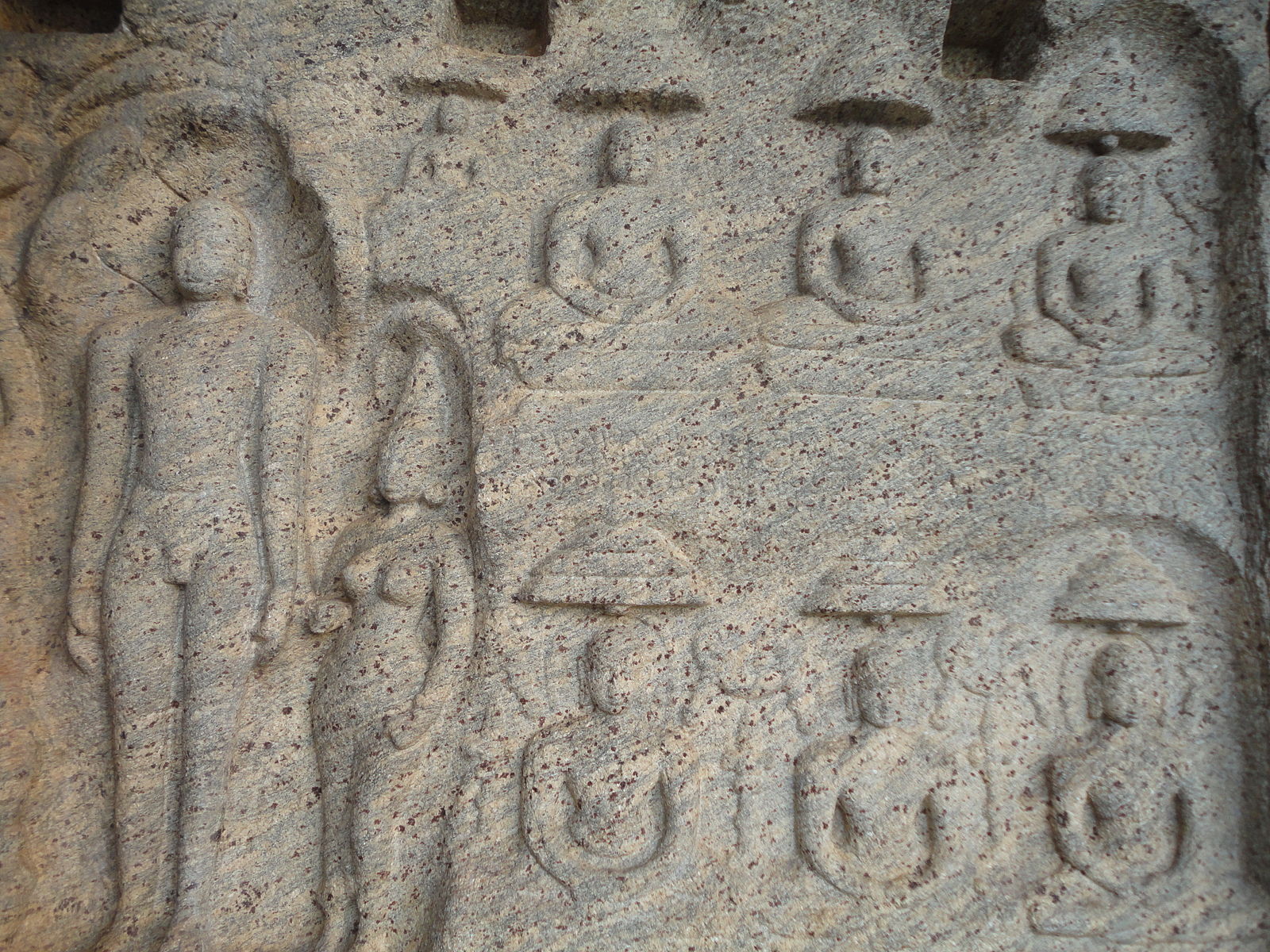 Additionally, it is known that around the 13th century the cave temple was converted into the Bhagvati temple. If you enter the Chitharal Jain temple you will find that there are 3 rooms where the first has the image right above it. And the other 2 are empty because the prayers are conducted in all the rooms.

Moreover, there are a total of 9 scripture out there. One said that there was a Jain civilization there during the 1st century. The temple is under restraint by the Devaswom Board of Kerala and permission is needed to visit the temple. By Road: Kanyakumari has one of the best roadways systems in all over India. This roadway is well-connected with other major cities. Because of the best services of public transport you can consider travelling to Chitharal Jain Temple by road if you are not too far. Your distance must be less than 250 km. Otherwise you can face the problem, then you should go by train.

By Train: Major states are also connected to Kanyakumari by the means of train. A high-speed rail corridor will also run in Kanyakumari station The top speed is 320kmph and will be able to complete 482km in just 2 -2.5 hr. So because of well-connected routes trains could be recommended to visit Chitharal Jain Temple.

By Air: Chennai International Airport is one of the most famous and biggest airports all over the Indian subcontinent. It is connected to all the major state’s airports and abroad. Thus, air would also be preferred to visit Chitharal Jain Temple.

How to reach Chitharal Jain Temple from Bangalore? The distance between Bangalore and Kanyakumari is around 660 km if we go by road, and 540 km by air. The total time will take around 8hr and 15 min if you go by road. On the other hand, 1hr and 10 minutes if you go by air and 40 min more to visit Chitharal Jain Temple. The fare might go around Rs 4500 to Rs 6000, and the cost to get the Chitharal Jain Temple would be around 1000 Rs which is considered approx.

If you want to get the cheapest way to get there then the train is recommended. The total cost of a train ticket is 600 Rs and approx time is 15hr and 30 min. And by bus, it would cost around 900 Rs from Bangalore to Kottarakkara and approx time taken is around 13hr and 23 min.

How to reach Chitharal Jain Temple from Udupi? The train is the second cheapest and fastest method of transportation for people in Udupi. And it is advised because you must first travel to Bangalore for a flight before repeating the same procedure. Around 1100 Rs will get you to the Varkala railway station, and about 800 Rs will get you from Varkala to Chitharal rock Jain Temple via public transportation. It will take roughly 14 hours and 2 minutes to complete.

How to reach Chitharal Jain Temple from Mangalore? 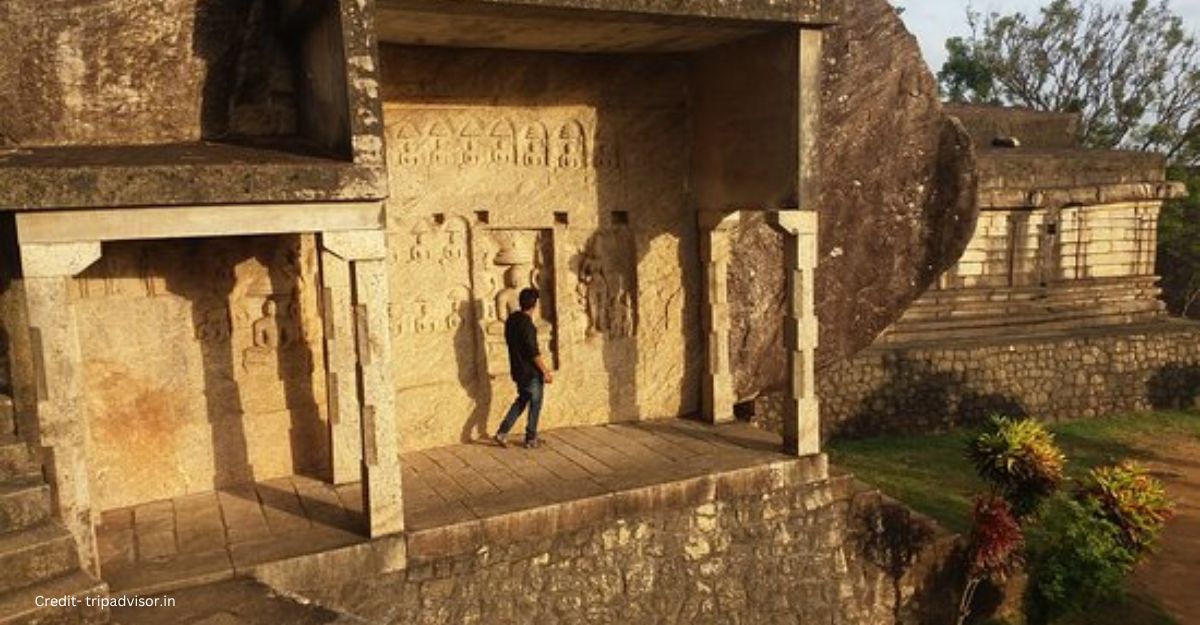 It takes around 12 hours and 6 minutes to complete, and the trip from Kollam to Chithara fair costs about 560 Rs and takes about 31 minutes. You could ride the train for 500 Rs, which would take 12 hours and 9 minutes to get from Mangalore Jn to Varkala. Finally, the cost of Varkala to Chithara is around 720 Rs and time will take around 35 min to get there. 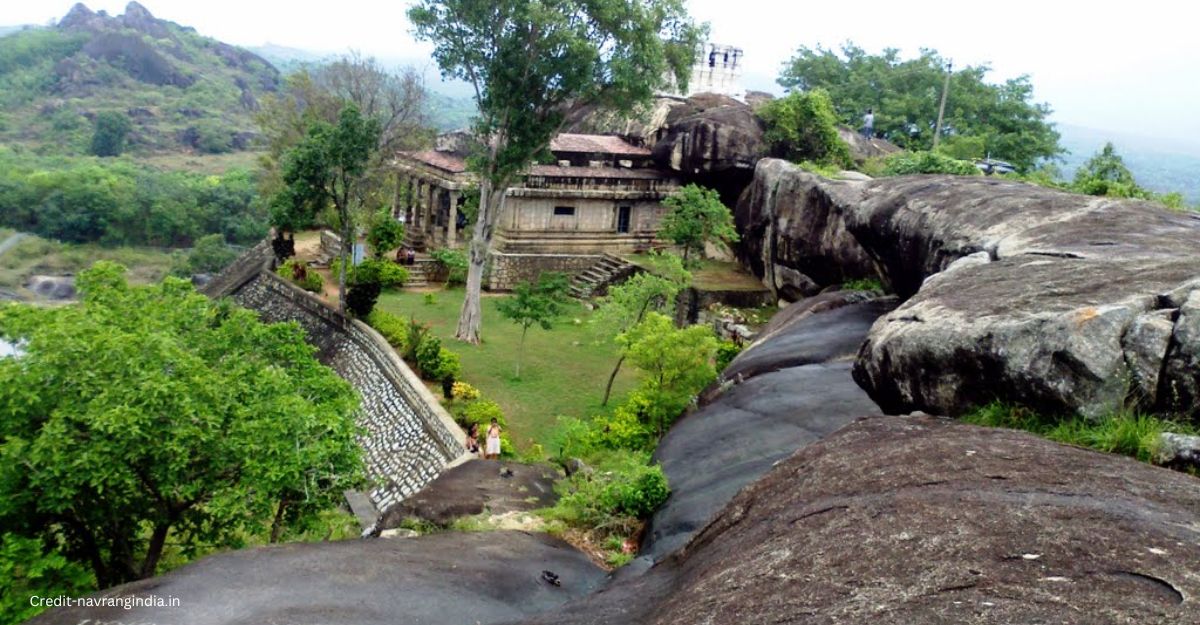 1)What is the Chitharal Jain Temple location?

2) What is the total distance between Trivandrum to Chitharal Jain Temple?

3) What is the Chitharal Jain Temple opening time?

The opening timing of Chitharal Jain Temple is from 5 am to 9pm.

In most temples, it is prohibited but in some cases, you may get permission. You can contact the Chitharal Jain temple contact number.

5) Is there any entry fee for visiting the Chitharal Jain Temple?

No, there is no entry fee required for visiting the monument.