Jainism is one of the most educated and wealthiest communities in India. Many surveys and stats have also proven that Jain people alone are performing better in terms of literacy rate. Approximately, 34 % of Jain adults hold a college degree. Unlike the rest of the general public, only 9% of the adults hold a degree, as per the 2011 census. They also share a great Krishnagiri Jain Temple.

The people of their community fully believe in non-violence (Ahinsa) and almost all of them are pure vegetarians. They take their religious practice and praying quite seriously. A proof of the same can be seen in the temple developed by them. One such temple is Krishnagiri Jain Temple which is also known as Shree Parshwa Padmavathi Shaktipeet Tirth Dham. Located in Orappam Village, the temple was established in Tamil Nadu state. The temple is dedicated to the 23rd Tirthankaras. In Jainism mythology, it is believed that there were 24 total Tirthankaras out of which Sri Parshwanath Bhagwan is the 23rd among all them. Bhagwan Parshwanath is worshipped in this Krishnagiri Jain Temple according to the holy dharma of Jainism.

An organisation is also formulated to look after the temple. This organisation was established by Sri Vasanth Gurudev Ji. Apart from taking care of the building, the organisation also aims to maintain peace and harmony in society, which the temple reflects. 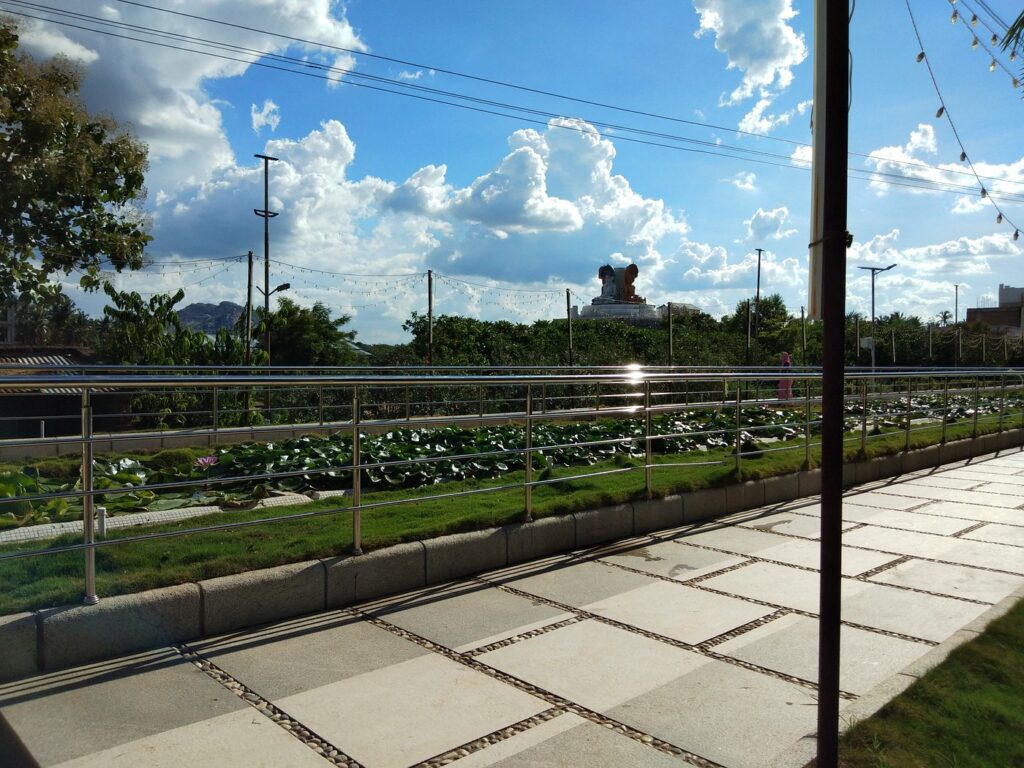 The temple is located near Sadhanapalli in the state of Tamil Nadu. It is located on the outskirts of Krishnagiri which is approximately 7 km away from the town. The place is surely the best destination for tourists who seek peace of mind. Apart from the physical beauty, the organisation maintaining this temple also promotes social works and activities to help the poor.

For instance, anna daan is performed on a huge scale to feed the needy so that no one sleeps hungry. The chairman and ambassador of the organisation takes part in various peace conferences and raises issues that humiliate humanity. They have finally made the great Krishnagiri Jain temple history.

The temple follows the general timing as any other temple. Anyone who wishes to visit the Krishnagiri Jain temple can reach the Derasar as early as 6 AM. A devotee has to do his/her prayers before 9 PM as it is the closing time. The temple also observes tourists from all over the World.

There was a time when the footfall of the temple was too low. But with the glorification and development of the temple and its services. It soon turned out to be the most valued and popular place for Jains. Finally, the Krishnagiri Jain Temple is considered the most sacred place in the region and holds a reputable place in society. The temple was not very famous in its initial days. Until Shri Vasanth Gurudev Ji decided to develop and renovate the temple. This was done as proof of their devotion to Shri Parshwanath Bhagwan. He initiated joining campaigns for the betterment of society and soon tourists and Jain devotee got attracted to the magnificent temple.

Now, the temple is visited by over a million people annually. Additionally, the temple also holds several records in “The Guinness Book of World Records”. Krishnagiri Jain Temple is probably one of the most famous tourist place as well as sacred sites in South India.

Krishnagiri Jain Temple or Shree Parshwa Padmavathe Shaktipeet Tirth Dham is one of the greatest Jain temples in South India. The height of the temple crosses 365 ft. The belonging properties, as well as statues, are maintained very carefully. Full hygiene, as well as a tidy environment, is kept on the premises.  The interiors of the temple are covered with marble which helps to keep the temperature low.

This temple is also surrounded by other small temples. The building’s design is highly reminiscent of the Jain temples that can be found all around the country. Moreover, other attractions like KRS Dam are also present near the Krishnagiri Jain Temple. 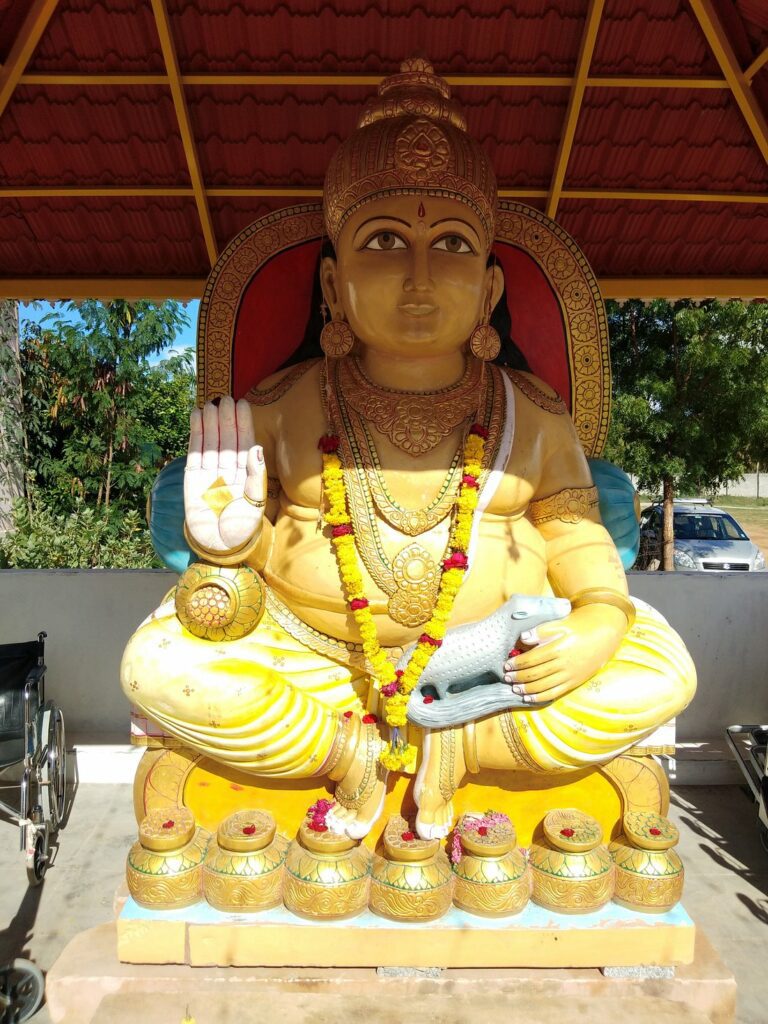 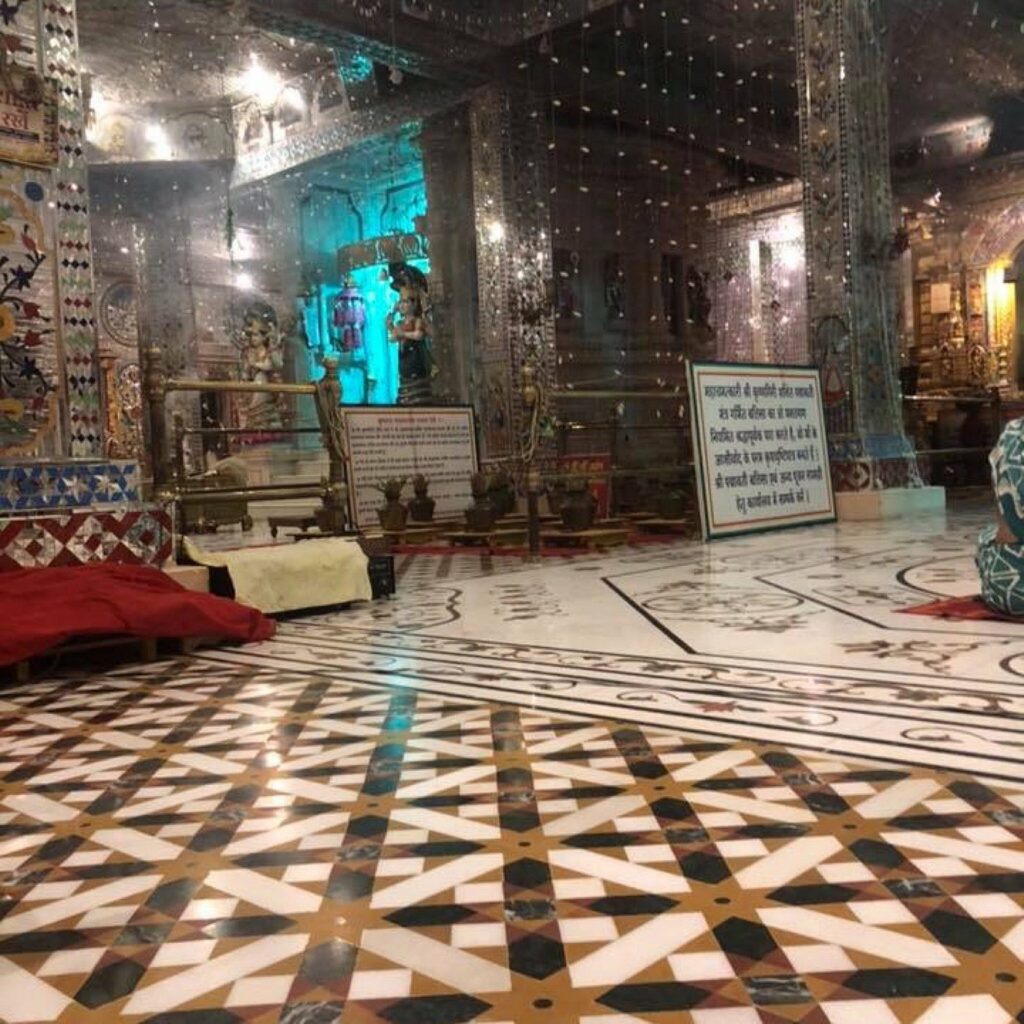 Above Images are taken from Trip Advisor

How to visit Krishnagiri Jain temple from Bangalore?

Train, Bus, and taxi services are available for reaching out to Krishnagiri Jain Temple from Bangalore. However, the recommended mode of transport would be using a train to travel to Kuppam and thereafter, using a van to drop you at the destination. The whole journey may cost INR 750 – 1425.

How to visit Krishnagiri Jain temple from Salem? 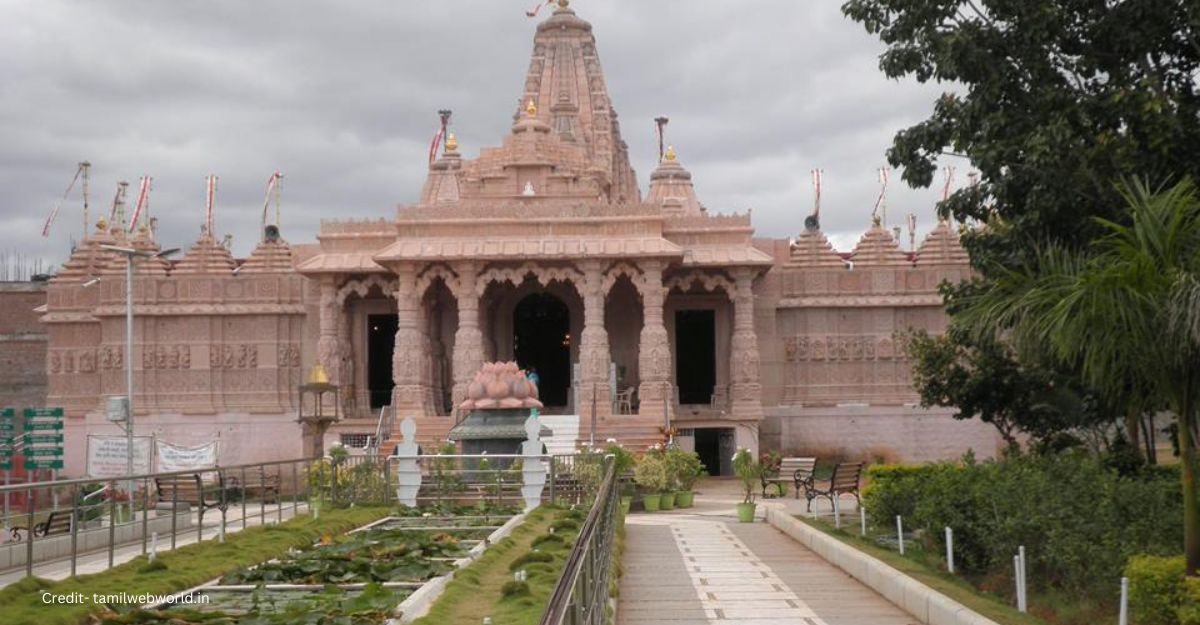 Choosing a bus for travelling from Salem to Krishnagiri would be the cheapest option that one can take. It can also be the fastest mode of transportation. The average time taken would be 1 Hour and 32 minutes.

How to reach Krishnagiri Jain Temple from Tumkur?

The best way of reaching Tumkur is either choosing a Taxi or bus. The bus would be the cheapest option among all the modes of transport. On the other hand, a taxi can be the fastest and second-cheapest to reach Krishnagiri Jain Temple from Tumkur.

1) Can we wear any clothes in the Krishnagiri Jain temple?

It is highly recommended to wear decent and simple clothes while visiting the place. Although there is no hardcore rule for dressing code, a person should never wear anything black. It is a typical practice from the Krishnagiri Jain temple history.

Of course, children are welcomed in Krishnagiri Jain Temple. But make sure that the children do not shout or produce any loud sounds in the building.

3) What are the timings of opening and closing in the Krishnagiri Jain temple?

The Krishnagiri Jain Temple opening timing is 6 AM while the closing time is 9 PM. One should strictly follow the timings to visit the temple smoothly.

4) Which are the nearest Railway station and airports to the temple?

Bangalore Airport is the nearest airport to Krishnagiri Jain Temple. Apart from that, Dharmapuri and Hosur railway station has the least distance from it.

5)  What are the address and contact number of Krishnagiri Jain Temple?

The exact address of Krishnagiri Jain temple is Jain Temple Road, Sadhanpalli, Tamil Nadu 635108, India. Anyone can seek answers to queries by giving a call on 093618 10586.