About the Girnar Jain temples 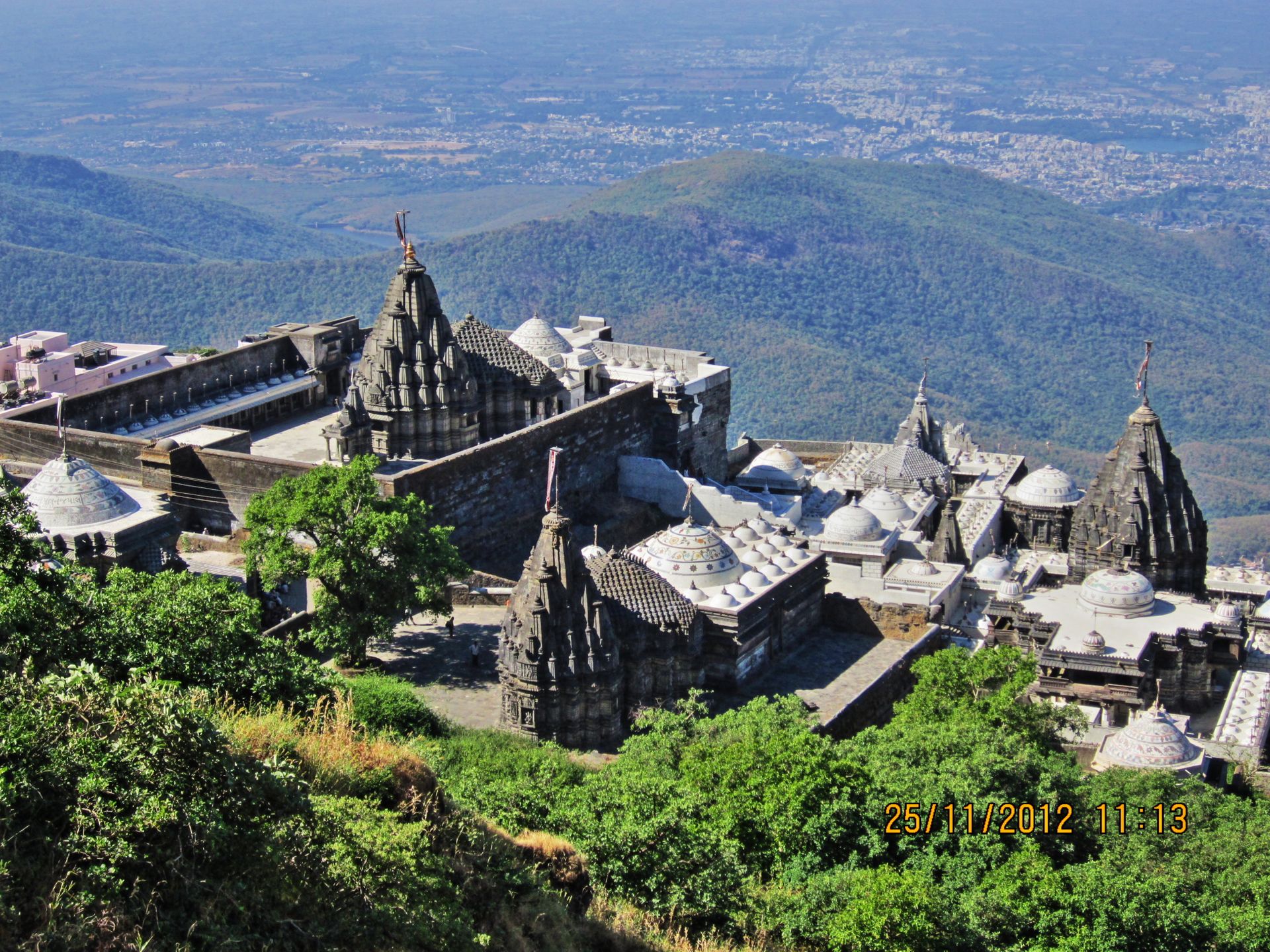 The Jain temple complex is located atop Mount Girnar, close to Junagadh in Gujarat, India’s Junagadh district. Both the Digambara and Svetambara sects of Jainism revere these shrines.  Girnar was known as Raivata or Ujjayanta and was a sacred site to Neminath, the 22nd Tirthankar, among the Jains.

There are Jain temples with exquisite marble sculptures located on the first plateau of Mount Girnar at the height of roughly 3800 steps, at the height of 2370 feet above Junagadh, and still about 600 feet below the first summit of Girnar. 16 Jain temples may be found, forming a sort of fort. These enclosed temples are located along the hill’s western face. This blog lets us know more about the Girnar Jain temples, their locations, history, architectural significance, and much more.

One of the oldest known faiths, Jainism, is honored throughout the complex of temples. The temple complex is situated in Gujarat, India’s district of Junagadh, amid the Girnar Mountains. On top of Mount Girnar, a large temple complex with expansive passageways, shrines, and galleries holds a number of Jain Tirthankara shrines.

About 10,000 steps are needed to ascend to the peak of the temple complex. Those devotees who are unable to ascend the slopes can choose to use a palki (palanquin), which is easily accessible from the mountain’s base. Some of the sculptures at the temple, which are extremely well-maintained by and for the devotees who come with the hope of achieving Moksha, are as old as 84,000 years.

The History behind the Girnar Jain Mandir Neminath, the 22nd Tirthankara, renounced all earthly pleasures, according to Jainism, after seeing an animal being killed for sustenance on his wedding day. Neminath traveled to Mount Girnar with the goal of obtaining redemption, where he meditated and led a monastic lifestyle in the year 250 BCE. Keval Gyan, the ultimate knowledge, and Moksha, the escape from the never-ending cycle of life and death, are supposed to have been obtained by him. Rajul, his wife, also converted to Buddhism and gave up worldly luxuries.

Between 1128 and 1159, the Shrine of Neminath was constructed. Even before the Mohen-Jo-Daro era, Hindus and Jains revered Mount Girnar as a sacred site. Mount Girnar is referred to as Raivatgiri or Ujjayantagiri in the Vedas and other holy books. According to the faith, Indra, who is thought to be a member of the fifth celestial world, is credited with creating the idol of Neminath.

Some people also think that Shri Krishna’s native temple first housed the Neminath idol before having it erected in Indra’s kingdom. The ability of the Jain Temples of Girnar to universalize the religion through laws that bind all living creatures by removing national or ethnic scope has led followers to see them as immensely sacred.

The Architectural Significance of the Girnar Temples 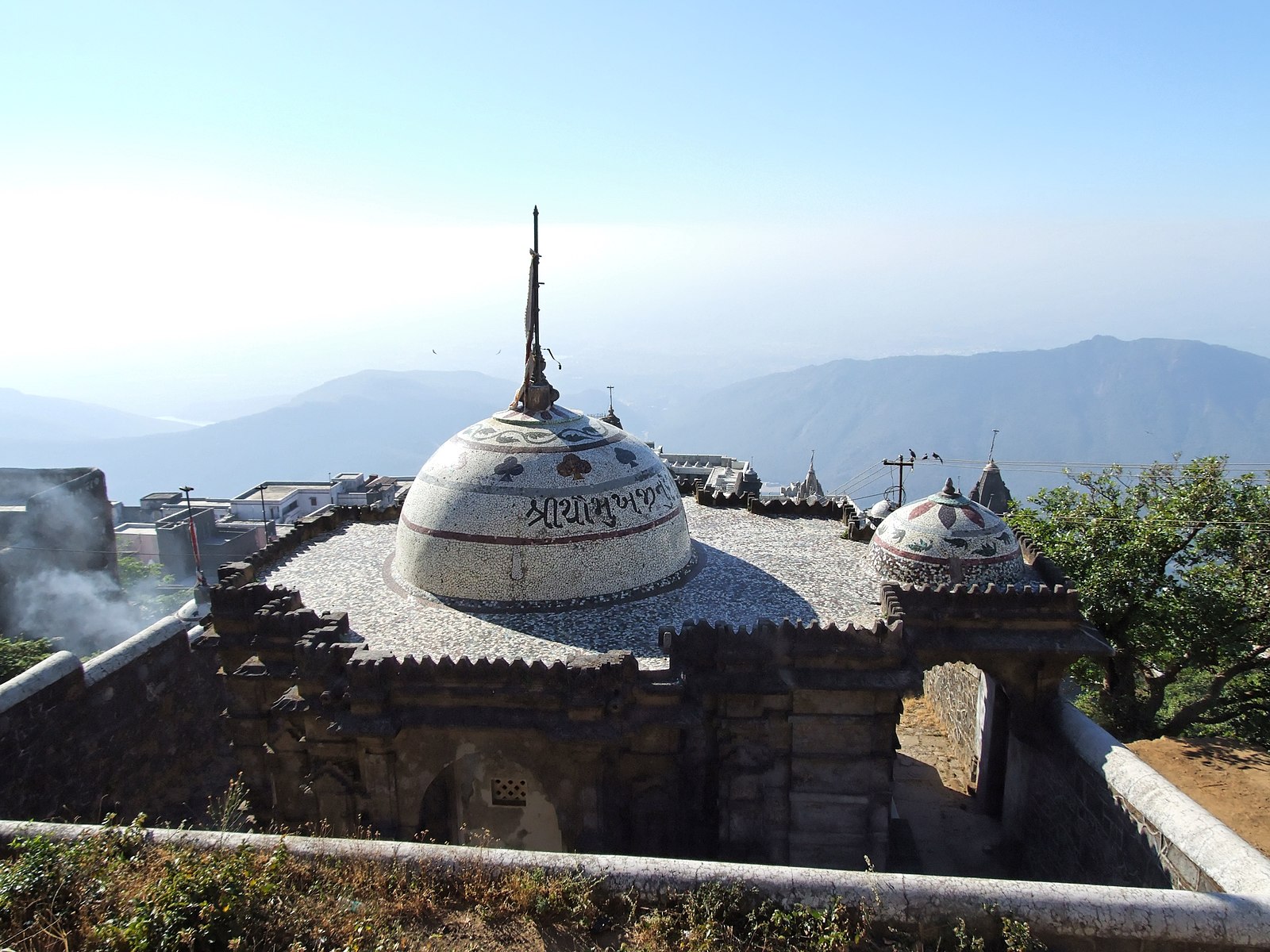 Sixteen temples resemble forts perched atop cliffs. Visitors will find the expansive temple enclosure on their left and the Man Singh Temple on their right as they enter. The Neminath temple, which has two rooms and two porches and a total space of roughly 25000 square feet, is the biggest shrine in the area.

Bhagwan Neminath is depicted as having a conch shell in his hand while sitting in a lotus pose atop his idol. Within the temple complex, there are two halls. Every hall includes a portico with pillars that bear writing from between 1275 and 1281. Seventy distinct cells surround this container. A recess with a bas-relief depicting a lion rampant and a crocodile is located on the side opposite the entrance.

The greatest season to visit Jain Temples is from October to February since the weather is great for hiking up Girnar Mountain, with highs and lows of up to 32 degrees Celsius and 13 degrees Celsius, respectively. The hours between 8:00 AM and 6:00 PM are the finest times to visit this temple. Location of the Girnar Jain Temples

Girnar Jain temples are located in Girnar, an ancient hill in Junagadh, Gujarat, India. The Girnar ancient hill in Junagadh is 3672 feet tall. There are 866 Hindu and Jain temples scattered throughout the peaks of this centuries-old hill. To get to the top, there are 9999 steps to climb. From Girnar Taleti, a trek leads to Girnar Hill. On the route to Girnar Hill, one will pass by Domdar Kund, which is close to the Damodar and Baldvji temples.

How to reach the Girnar Jain Temples? The distance between Girnar Parbat and Junagadh is about 5 kilometers. Keshod Airport, which is 40 km away, is the closest airport. abs and buses are conveniently available.

If you go by flight, Rajkot Airport, which is located about 100 kilometers away, is connected to most Indian cities. The distance to Porbandar Airport is about the same. Ahmedabad Airport is the closest international airport; it is located about 330 km away and can be reached in about 6 hours.

Where to stay near the Girnar Jain temples? 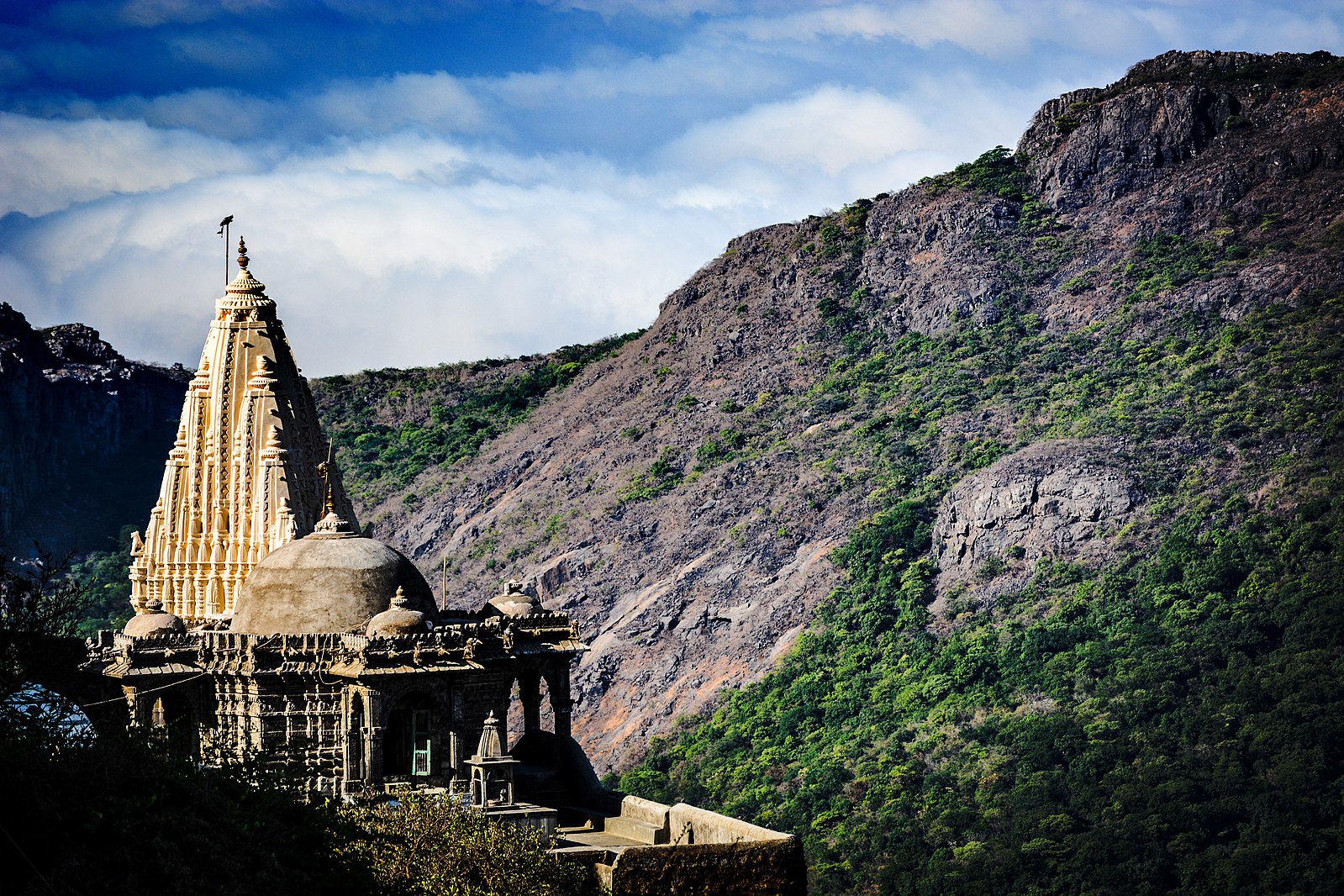 Girnar Darshan Dharamshala, which is 1.5 kilometers from Bhavnath Taleti Ground, only rents out two- and four-bed Deluxe rooms to Jains. Here, meals and car parking are both accessible.

An idyllic experience that tourists seldom forget is a stroll in the early morning hours to Girnar Hill. Due to their spiritual nature, Hindu and Jain worshippers frequently visit these temples. Along with the difficult climb, people seeking a little adventure and enjoyment can visit for the breathtaking view of the landscape and the temples’ architectural design. 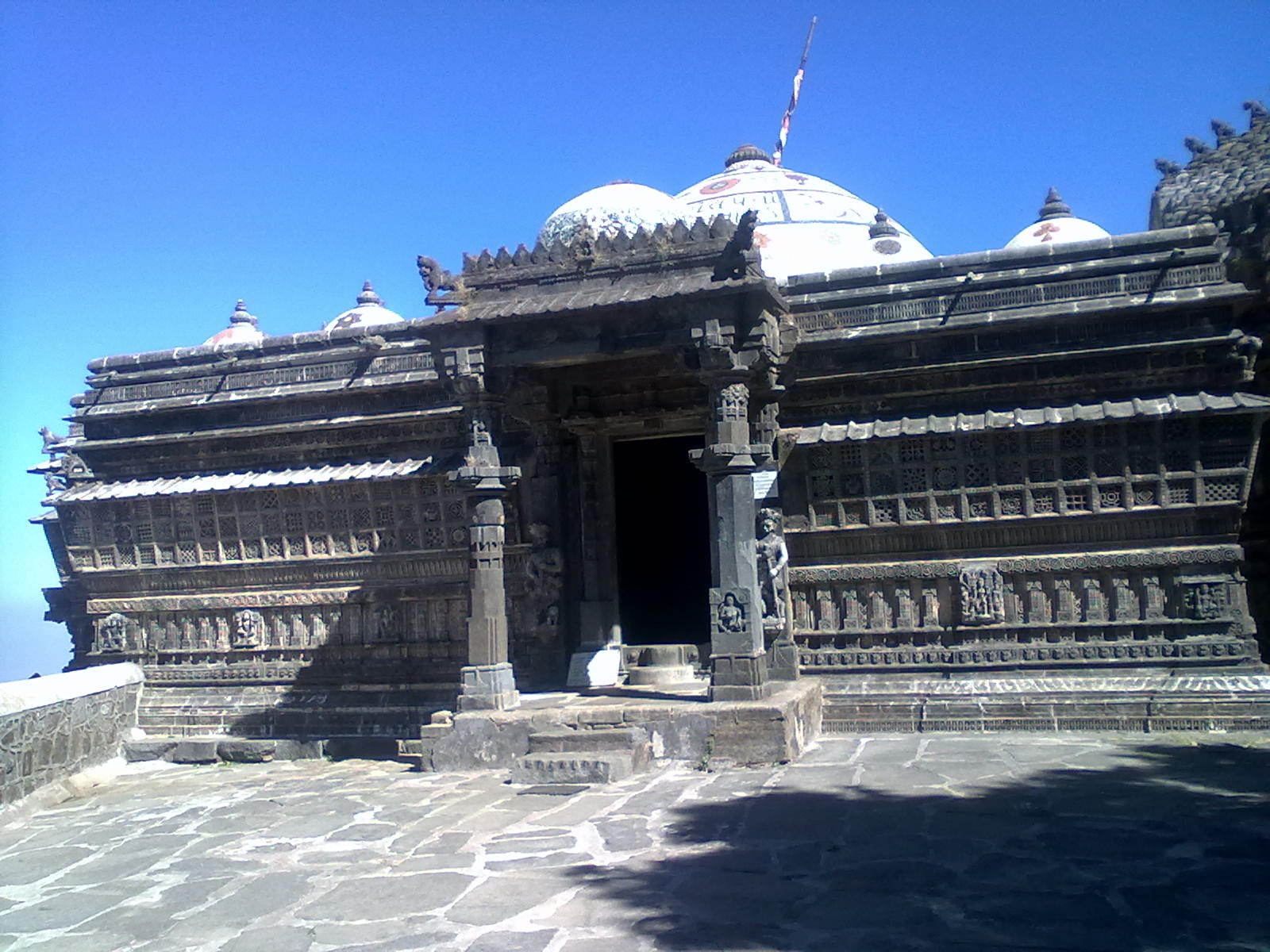 The Jain temple complex is located atop Mount Girnar, which is close to Junagadh in Gujarat, India’s Junagadh district.

Vastupal, a minister of the Jain faith, built the temple in the 12th century.

3.       Which deity is worshipped in the Girnar Jain temples?

Lord Dattatreya is worshipped in the Girnar Jain temples

4.       Which is the nearest airport to the Girnar Jain temples?

The nearest major airport is Porbandar (PBD) Airport which is 88.9 km away.