In this busy world, spirituality is practised by only a handful of people. Offering prayers in temples is becoming less. Whereas Jainism is one of the religions which counts as one of the top religions for spirituality. It teaches the world to follow the path of non-violence and aims to reduce the harm to plants, animals or any other living creature. Thus, one of the famous temples for Jains is Ajmer Jain temple.

Hinduism, Buddhism and Jainism share several concepts like reincarnation, Karma, etc. Their race is considered to be calm and spiritual. They believe in visiting the temple for achieving peace of mind and for thanking God for what they have achieved. The Ajmer Jain Temple is one of the most visited temples by them. Here are the complete details about the temple. 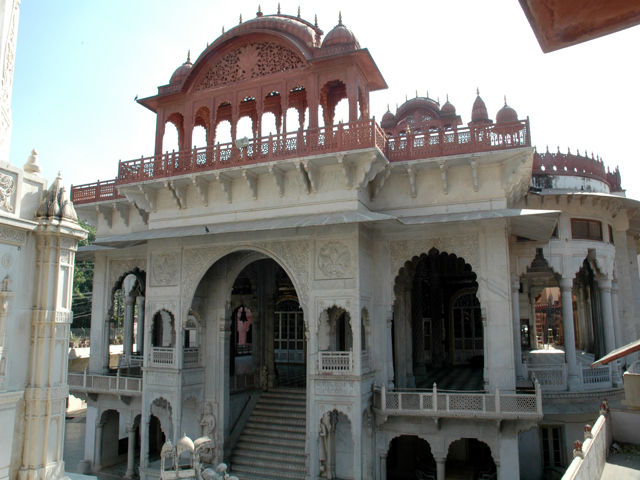 Built in the Late 19th century, this Jain Ajmer temple is popularly known as Sonji Ki Nasiyan. It is considered a great architectural marvel. The temple is also famous for its Gold Chamber, or ‘Swarn Nagri’. It is highly believed that over 1000kg of gold is used to create a model of Ayodhya. In this chamber, wood sculptures and figures are kept that are made up of wood and gold plated.

In addition, the site holds great significance for people who follow Jainism. Janis from all over the world and throughout the nation visit this temple of Lord Rishabanatha. The crowd even pray for their well wishes during Mahavir Jayanti in this famous temple in Ajmer.

The temple is located in the Ajmer district of Rajasthan. This holy place can be accessed from all the major cities. The exact location of it is Prithviraj Marg in Ajmer. According to various tourists and experienced travellers, the famous temple in Ajmer ranked 3rd in the “Must visit’ list for Ajmer. Before, it was the Jain temple of Ranakpur and Mount. Abu. districts.

Apart from being a spiritual and holy place, the temple is also a famous tourist destination. Travellers from all over the globe visit the temple. The centre of attraction of the monument is its impressive design and architecture, considering the technology at that time. 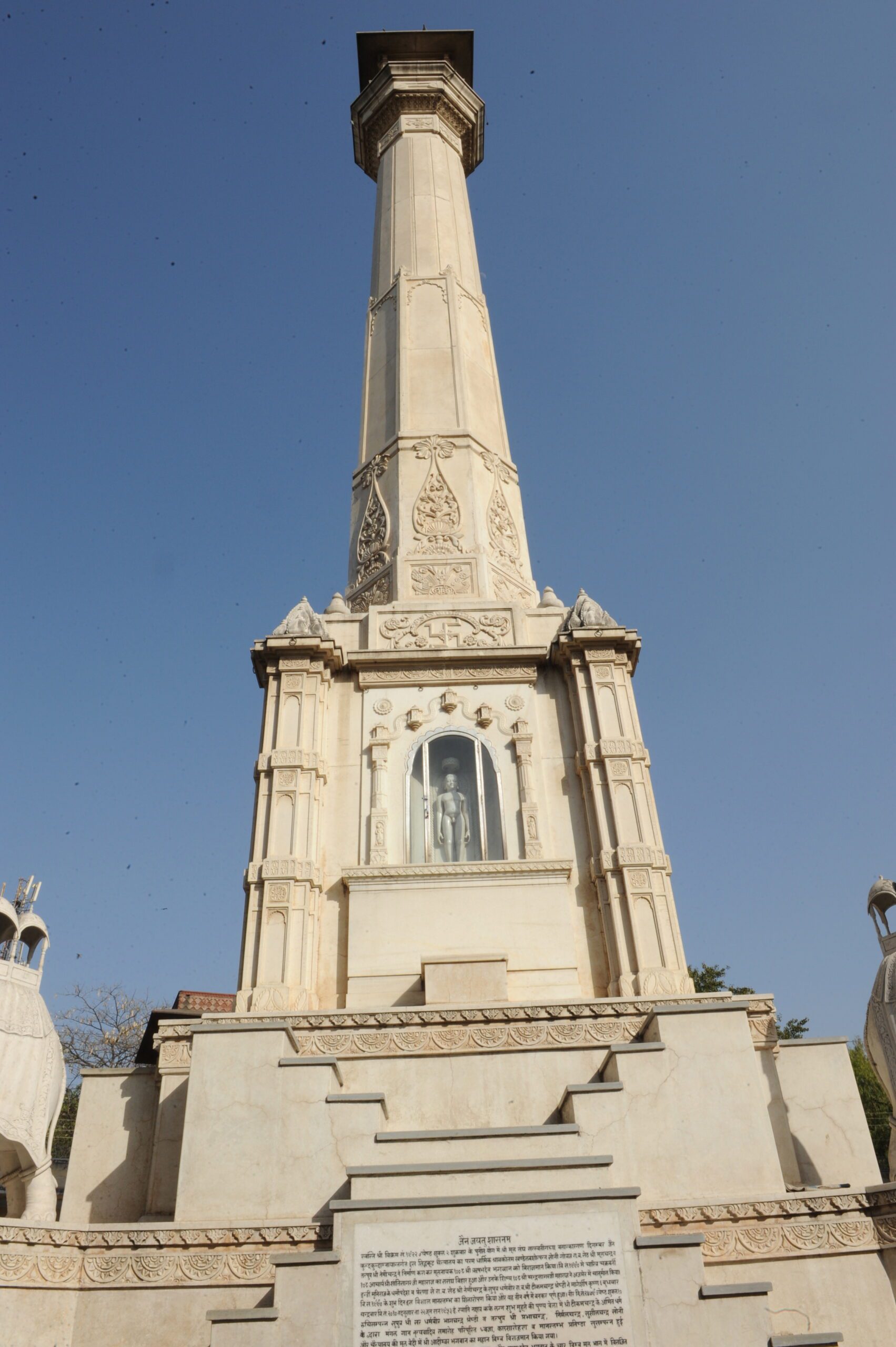 Being a temple, it is not allowed to enter the building late at night. The most suitable and favourable Ajmer Jain Temple timing is from 9 AM – 10 AM. Many stats have shown that the average time spent in the building is 30 minutes.

Besides, according to tourists the time is enough to have a glance at the beauty of the monument. More than half of the tourists that visit Ajmer also tour the Ajmer Jain temple. The busiest days in terms of tourism in the temple are Wednesday, Thursday and Friday.

As a result, it is recommended to visit the place on any other day to avoid rush and crowd. When you visit this renowned Jain temple in Ajmer, you’ll receive pristine blessings and a new outlook on life.

The temple is worshipped by the Digambar sect of Jains. It was established by Rai Bahadur Seth Moolchand and Nemichand Soni. It is dedicated to Rishabhdev in the Jain mythology. He was one of the 24th Tirthankara.

On 10 October 1864, the temple extended its boundaries and the process to make it more eye-pleasing was initiated. Finally, on 26 May 1865, the figure of Rishabhdev (Adinath) was placed in the Sanctum Sanctorum.

Apart from that, the renovation and work of glorification were supervised by a renowned scholar of Jaipur Pandit Ramsukhdasji. The title of the Ajmer Jain Temple in the initial days of its establishment was Siddhkoot Chaityalaya. 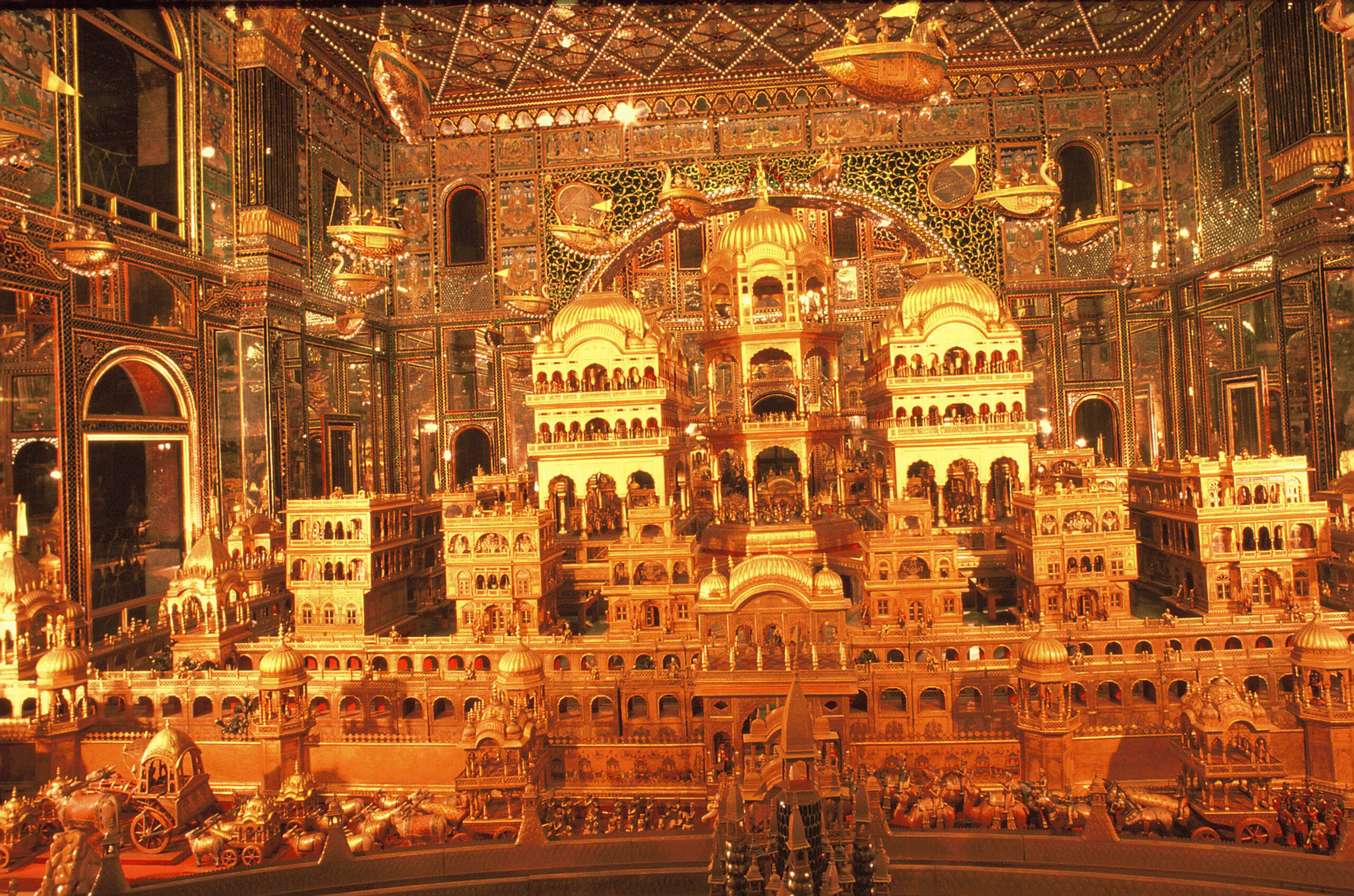 Anyone who visits the temple is welcomed with a red sandstone gate which is installed at the entrance. As one moves forward, a marble staircase would be present embellished with portraits of Tirthankars. This famous temple in Ajmer also contains the highest Shantinath pillar of all time.

Moving forward, the height of the statue is feet approx. A huge library consisting of hundreds of Jian scripture is present. This was built by R.B. Seth Sir Bhagchand Soni. These scriptures are a work of deep research done by the scholars of this religion.

Additionally, Manastambha is also a significant structure to grab tourists’ attention. This is a beautifully designed tower which is 82 feet high. But for that, the travellers have to follow Nasiyan Jain temple Ajmer timings.

The image of Rishabhdev is situated at the ‘Samavasarana’. Locals believed that the deity gained the real meaning of life here and finally got free from the cycle of life and death. The 3 Vedi’s were glorified in 2005 while the statues of all the idols were re-seated in their place.

Some rituals had to be performed during the installation of these statues. Last but not least, only people following Jainism are allowed to participate in these religious ceremonies. Because of its ancient and attractive architecture, this famous Jain temple in Ajmer is a must-visit for the Lord’s blessings. 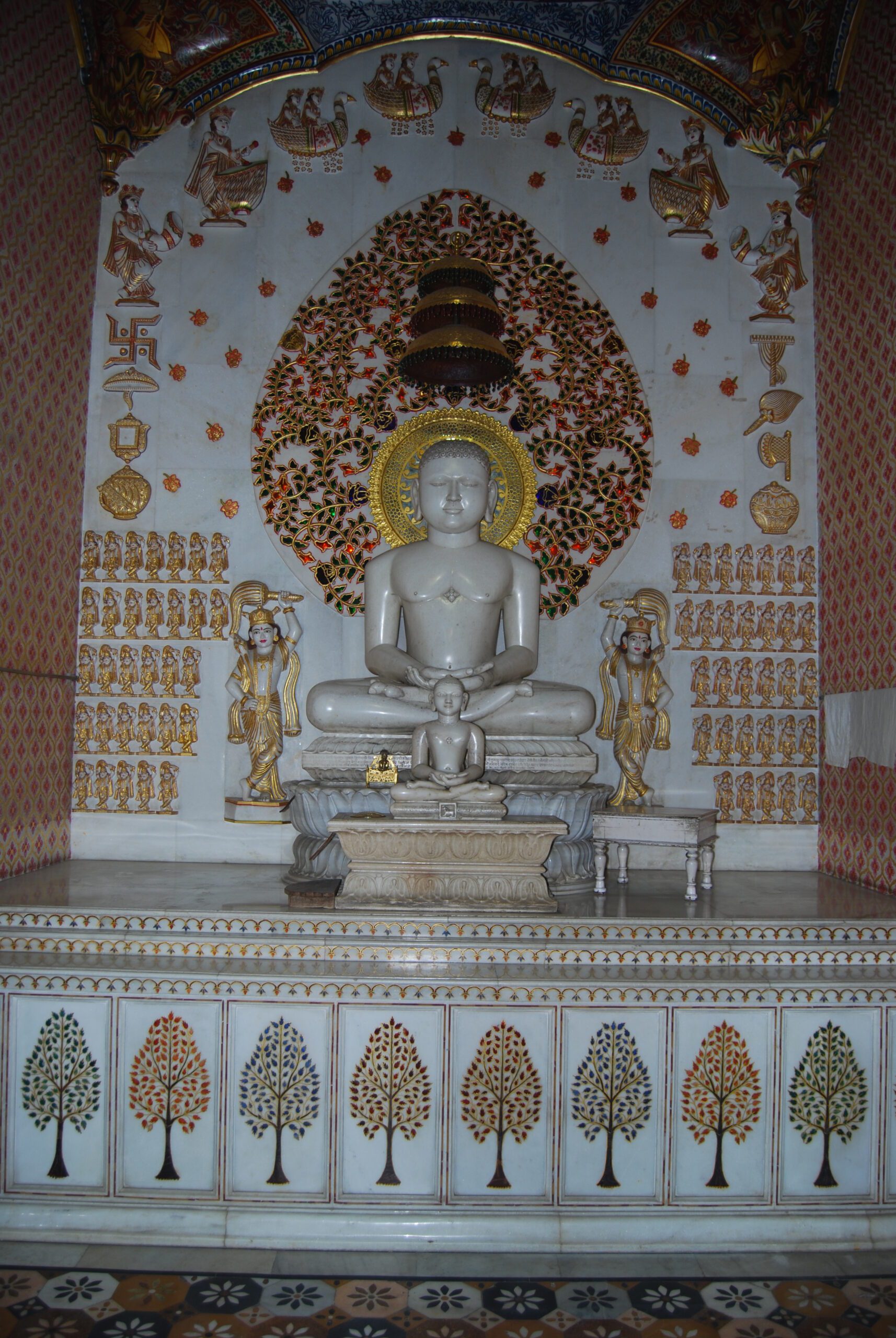 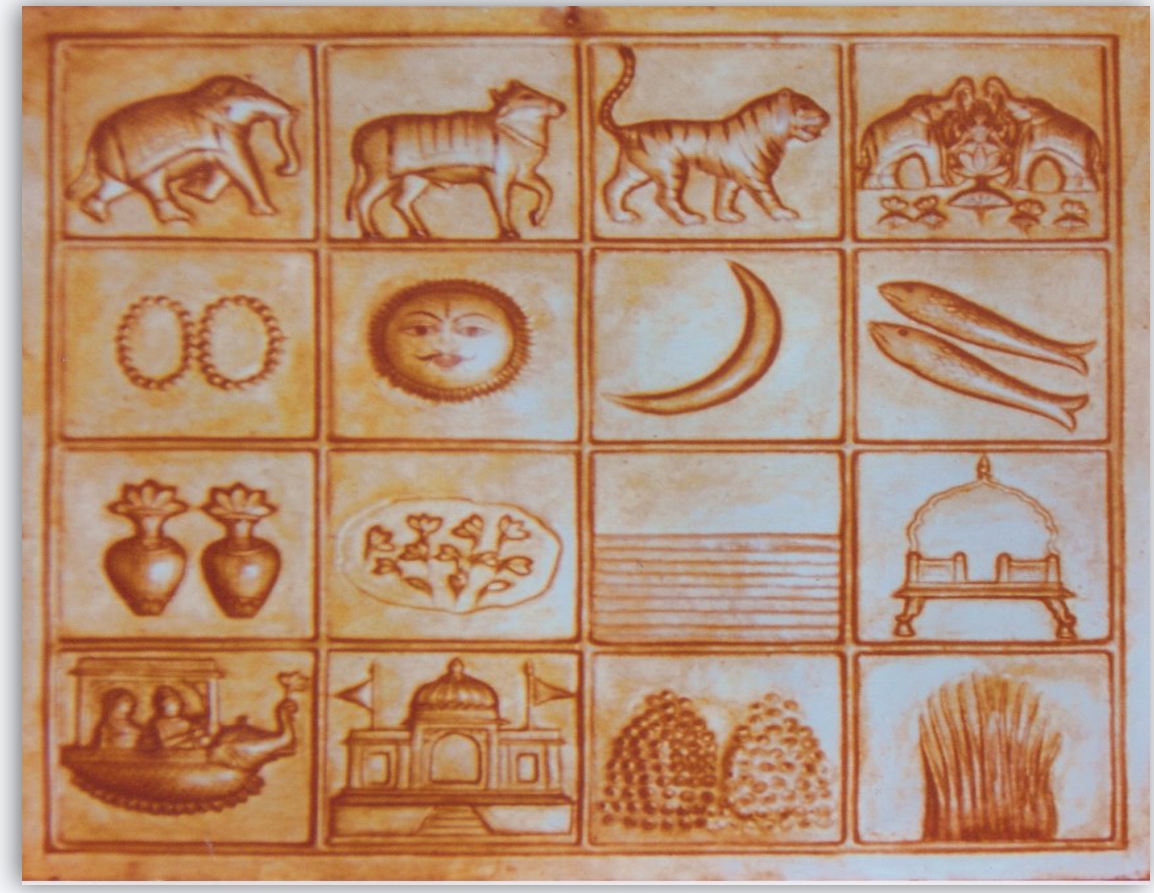 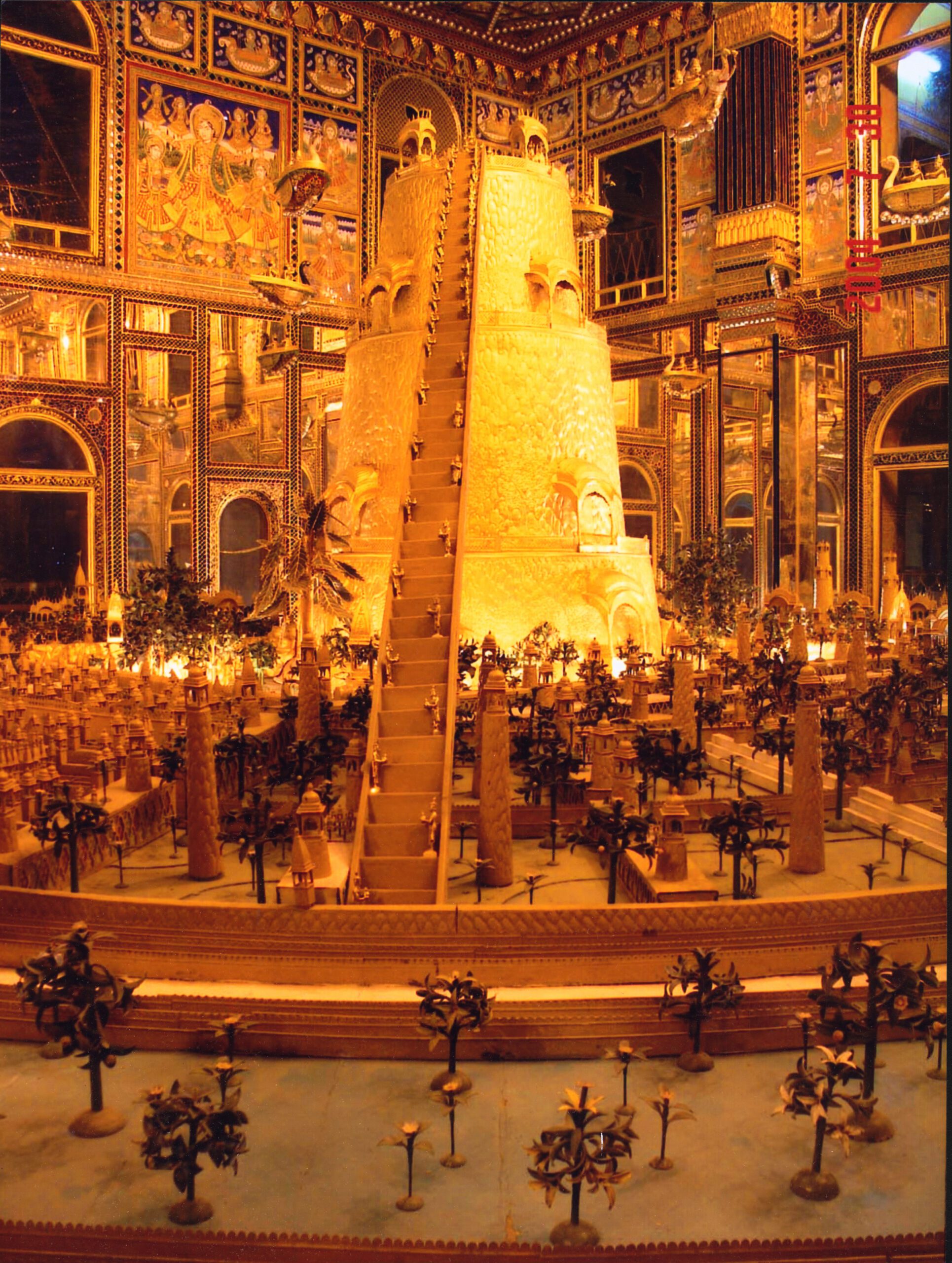 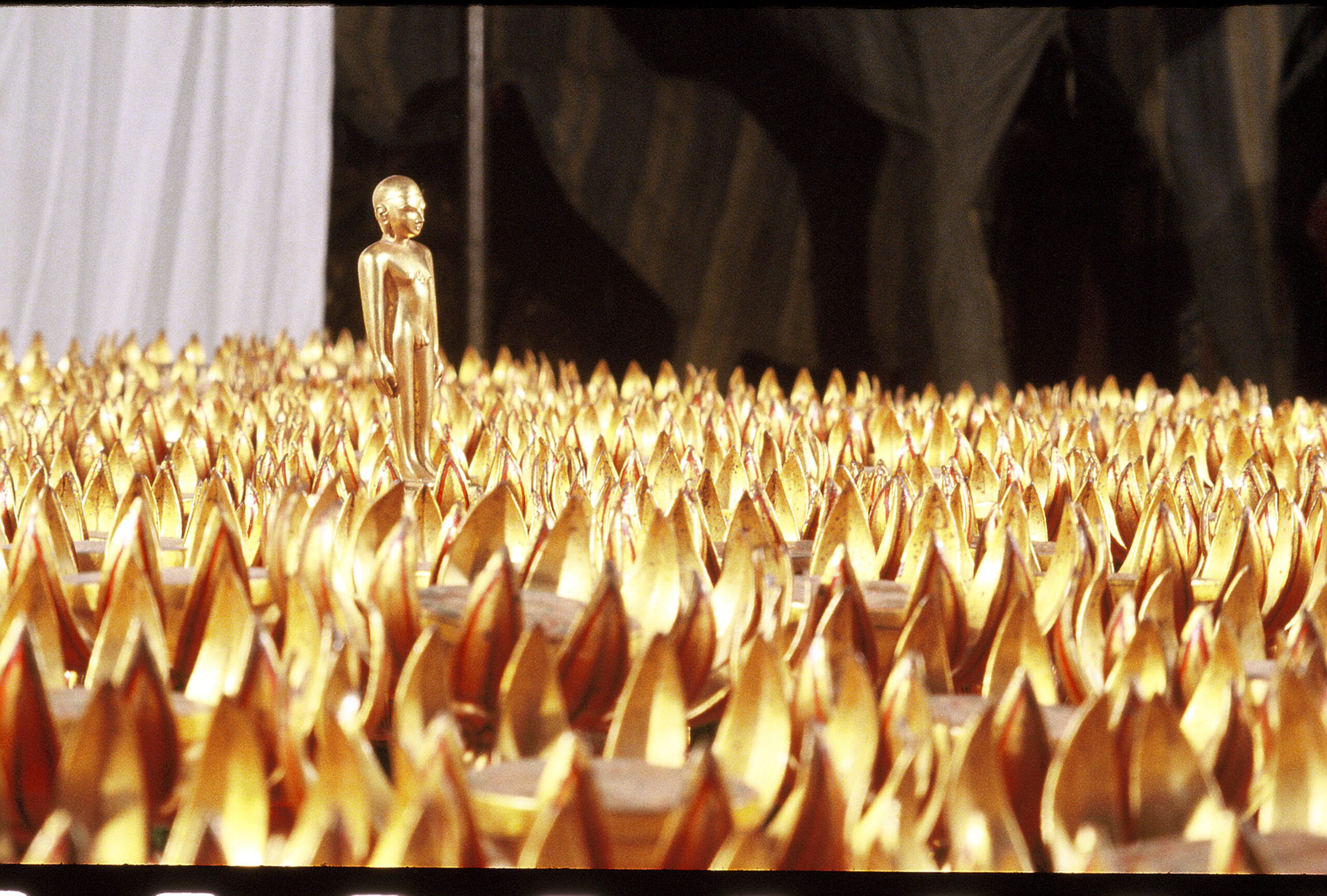 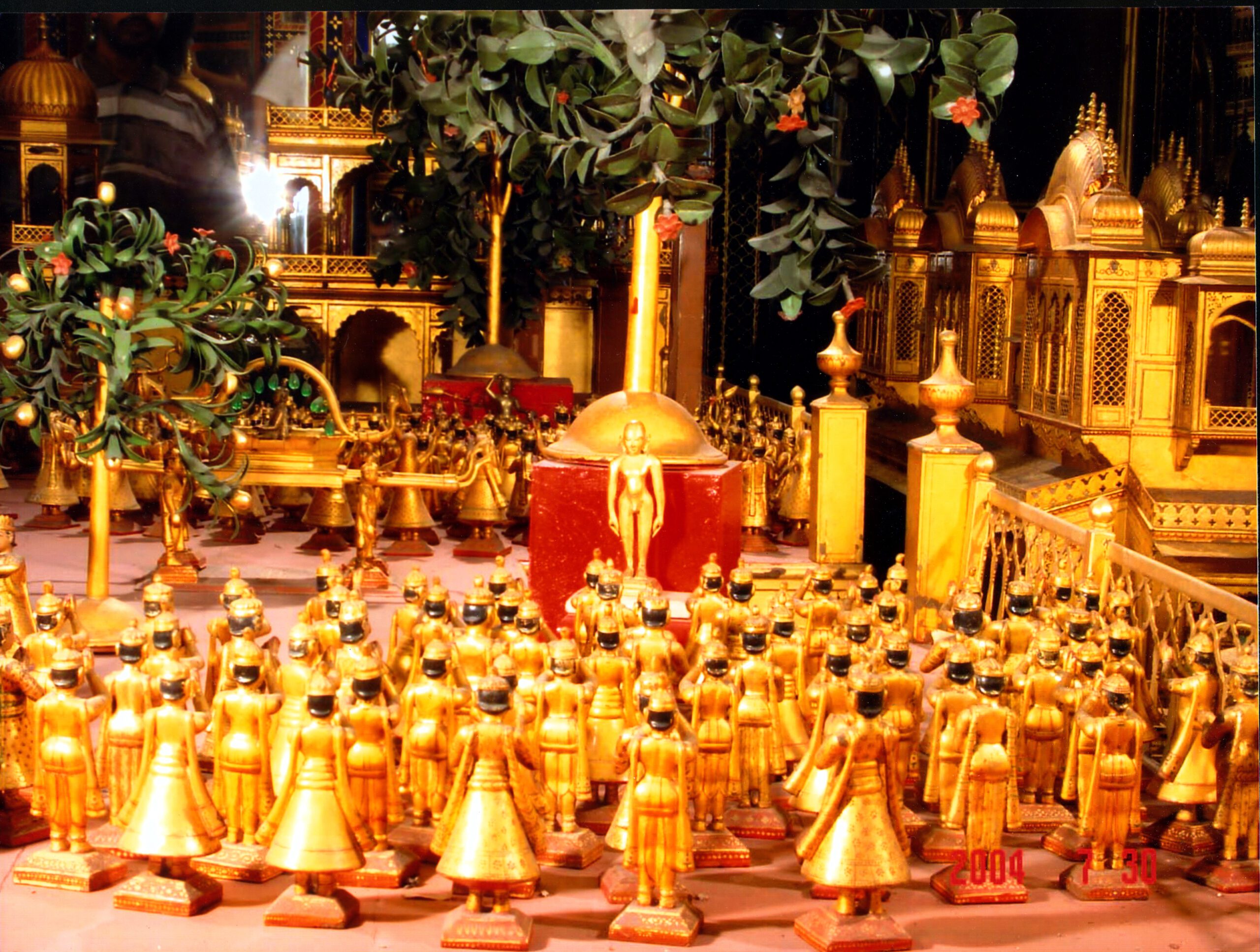 How to reach Ajmer Jain Temple from Bhilwara?

Bhilwara is situated at a distance of 125 km from Jaipur. One can easily take a flight to reach out there in less time. However, a road trip of 141km would take around 3 hours from Bhilwara to Ajmer Jain Temple.

How to reach Ajmer Jain Temple from Jodhpur?

Jodhpur is another major city from where several tourists visit the temple. Train, Bus, Taxi or a personal vehicle can be used. The cheapest means of transport would be by the railway which will take around 4 hours 38 minutes to reach the destination.

On the other hand, the most expensive would be a taxi that could charge anywhere from INR 7500-9500 and will take 3 hours for the journey to reach the famous Jain temple in Ajmer.

How to reach Ajmer Jain Temple from Bikaner?

One can take Bus, Train, taxi, or personal vehicle to reach Ajmer Jain Temple from Bikaner. The cheapest option railway will only cost INR 576- 1656. While the fastest way of travelling will be the taxi.

The cost of hiring the taxi for the same route would be INR  9,360 – 11,520 which can drop you at the destination while adhering to the Nasiyan Jain Temple Ajmer timing. 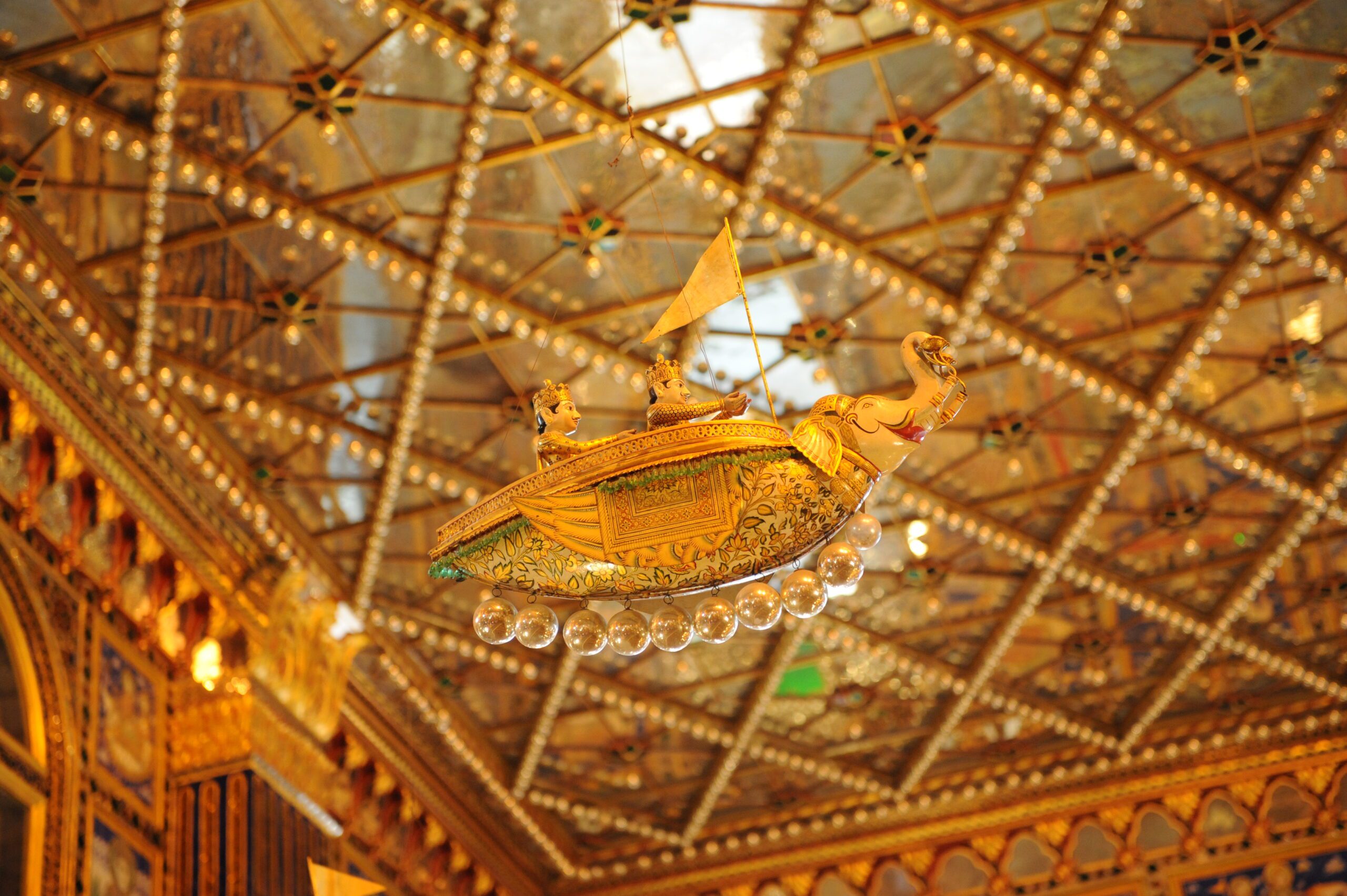 1)What is the best way to reach out to Ajmer Jain Temple?

The best way of travelling to Ajmer can depend upon the tourist’s choice. However, if we look at the stats, more than 53% of the travellers prefer their vehicle to reach Ajmer Jain Temple.

2) Which is the nearest railway station and airport from Ajmer Jain temple?

The nearest airport from the temple is Jaipur International Airport. On the other hand, Ajmer Dargah Junction Station is the nearest Railway station.

3) When was Ajmer Jain Temple established?

The Jain Temple of Ajmer was established in the late 19th century by Rai Bahadur Seth Moolchand and Nemichand Soni.

4) Which is the best Jain Temple in Rajasthan?

Ajmer Jain Temple known as “Soni Ji Ki Nasiyan” is located near Dargah Bazar in Ahmed. Every adherent of Jainism and its bhakts must visit this location.

5) What is Soni Ji Ki Nasiyan Ajmer Contact No?