Jainism is today followed by about 5 million Indians and is the sixth largest major religion in India. Most of the followers of this religion can be found in the west and north-western parts of India, especially in the states of Rajasthan, Gujarat, Maharashtra, and some parts of Karnataka. It is in these states that we find numerous Jain temples dedicated to the Tirthankaras of the religion that attract thousands of tourists every year for their splendid eye-catching designs and environment. In this context, we shall discuss the Nareli Jain temple of Rajasthan.

The Nareli Jain Temple, also known as Sri Gyanodaya Tirtha Kshetra is one of Rajasthan’s most popular Jain temples for the Digambar sect of Jains. The temple has a deity of Adinatha and there are also 24 small miniature temples dedicated to all the Tirthankaras of Jainism. Built on the hills of Aravalli, this wonderful temple has a blend of both traditional and modern architecture. It is believed by the Jain followers that every wish of an individual can be fulfilled here if one bows down on knees and prays with a pure heart. Tourists are attracted here because of the calm and beautiful atmosphere and the peaceful divine ambiance that this place has.

Location of the Nareli Jain Temple In the year 1994, this temple was built by the family members of the RK Marbles group- Ashok Patni and Dinanath Jain. Initially, the estimated cost of constructing the temple was supposed to be 50 crores but ultimately it took more than about 100 crores for its final completion. There were also three large statues made of ashta-dhatu inserted in the temple complex in the year 2002. The Tirthankara statues weigh more than 20 tons.

The architecture of Nareli Jain Temple of Ajmer is a wonderful blend of modern and traditional styles of construction. The outstanding detailing in the both exterior and interior faces of the temple and the use of the best quality marbles by its builders make it look fantastic when observed minutely. The presence of huge ashta dhatu statues inside the temple premises and the 24 temples dedicated to the Tirthankaras is the main attraction of this temple. The marble carvings, statues, and gardens on the exterior, along with the hill views of the Aravalli, makes the temple even more beautiful. 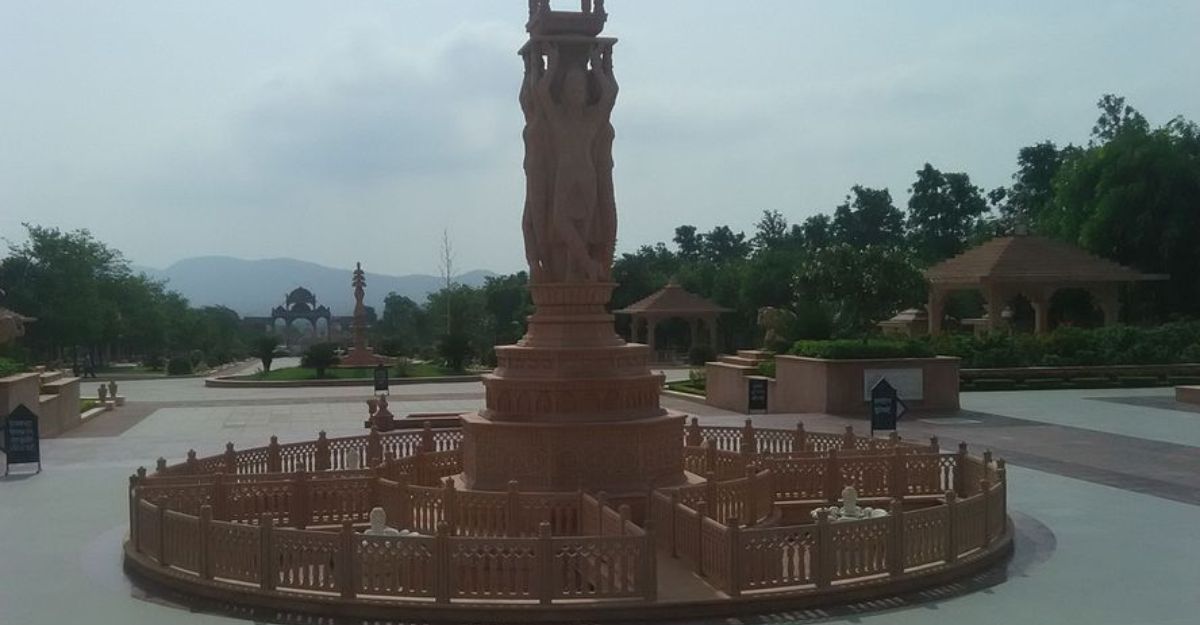 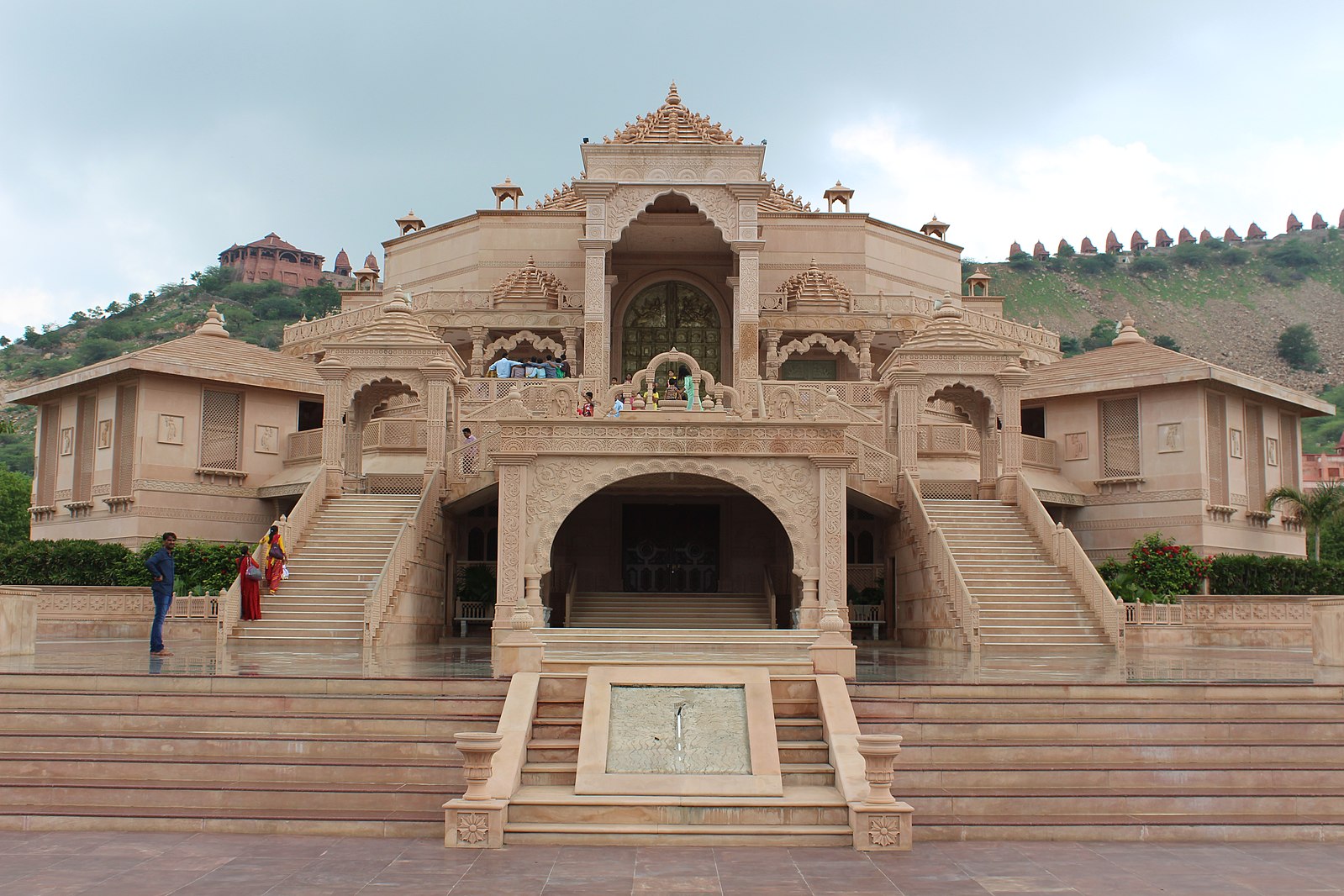 Places to stay near the Nareli Jain Temple

There are some very affordable hotels near the Nareli Jain Temple, starting from just Rupees 750 and going up to Rupees 2847 on an average per day. Some of the most popular hotels include Hotel Ajmer Inn, The Chitvan Resort, Mayo Homestay, Paramount Hotel, Hotel Shree Jagdamba Palace, etc.

The temple remains open from 8 AM in the morning to 8 PM at night. From 8 AM to 9 AM, there are two times Arti done of the deities, and again there is arti done in the evening 20 minutes before the sunset. There is no entry fee for Indians to enter the temple; only foreign nationals have to pay a fee of 10 Rupees as entry fee. However, there is a fee of Rupees 50 for still photography and 100 Rupees for videography inside the temple. The best time to visit the temple is during the month of December to March, when one can remain safe from scorching heat of the sun.

Places to visit near the Nareli Jain Temple 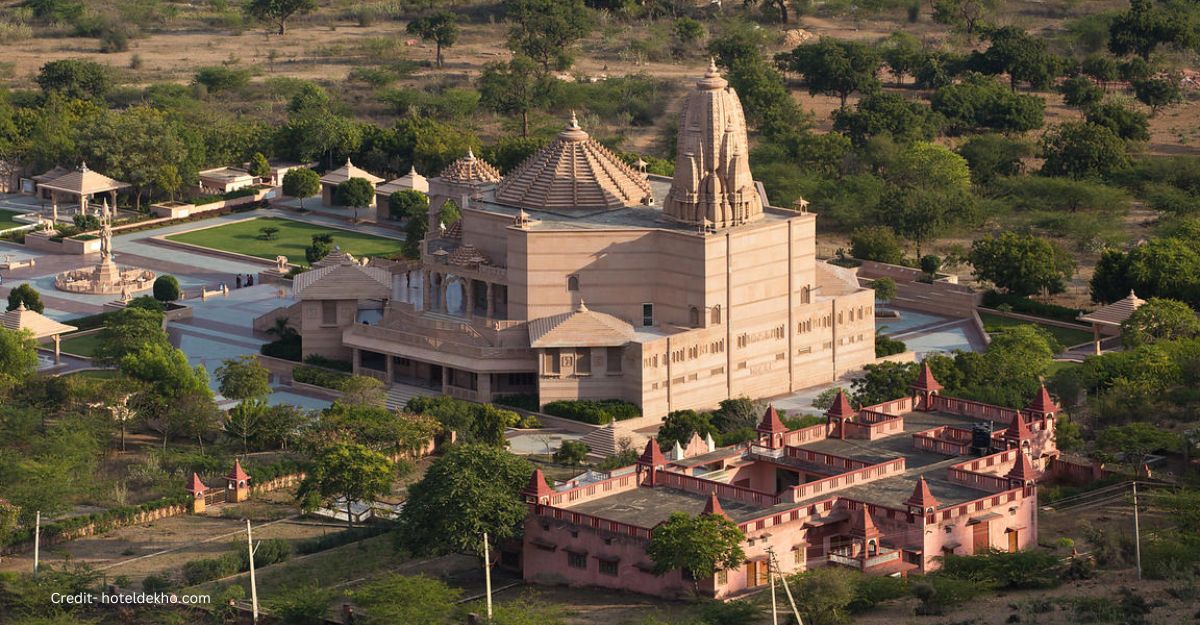 Ajmer Fort, Dargha of Garib Nawaz, Sai Baba Temple, Abdullah Khan’s Tomb, and Foy Sagar Lake are some of the other most visited tourist places of Ajmer near Nareli Jain Mandir.

Therefore, we can conclude here by saying that the Nareli Jain temple is one of Ajmer’s most important tourist destinations. The calm environment, outstanding marble decorations, huge statues, miniature temples, and divine ambiance are what attract most tourists to this place. Moreover, the Digambar sect of the Jain community of Rajasthan considers this place to be most sacred pilgrimage spot. So, after looking at the above-mentioned points, we can say that the temple is sure to emerge as one of India’s leading pilgrim places for the Jains and, overall, a wonderful tourist destination for travel lovers of the country.

The Nareli Jain Temple is located at Nareli village which is about 7 kilometers away from the outskirts of Ajmer city.

The temple was built by the family members of the RK Marble group in the year 1994.

It was estimated that the cost of building the temple would be around 50 crores Indian Rupees but it was finally completed after spending about 100 crore Indian Rupees.

The main deity of the Temple is the first Jain Tirthankara, Rishava Adinatha, while all the 24 Tirthankaras are also worshipped in 24 different temples here.

There are no entry fees to the temple for the Indians, while the foreign nationals need to pay 10 Rupees to enter the temple. There are, however, photography and videography charges of 50 and 100 Rupees for all visitors.

6.       Which is the nearest airport to the Nareli Jain Temple?

The nearest major airport is the Jaipur International Airport which is about 125 kilometers to the east of Ajmer.

7.       Which is the nearest railway station to the Nareli Jain Temple?

The nearest railway station to the temple is Ajmer Junction which is 7 kilometers away from the temple.