There is something special about Ben Stiller movies that even kids love his performances. Ben Stiller has been in the movie industry for many years and is well-known for his comedic roles. And believe it or not, Ben Stiller has also done some non-comedic roles to perfection. Since making his big-screen debut in 1987, the dynamic performer has crafted a colorful and remarkable resume. And if you have an irreplaceable image for him, here are Ben Stiller movies list you should enjoy watching.

Zoolander is a hilarious comedy about an average male model who gets caught up in a world of fashion and espionage. The movie stars Ben Stiller as Derek Zoolander, Owen Wilson as Hansel McDonald, and Will Ferrell as Jacobim Mugatu. Ben Stiller brings his signature brand of humor and physical comedy to the role of Derek, giving us one of his most iconic performances.

The film is full of laughs with Ben Stiller’s classic deadpan delivery, clever one-liners, slapstick moments, and cameos from some big names in the entertainment industry. We get to see Ben Stiller at his goofy best – looking confused and bewildered by the world around him. His interactions with other characters are hilarious, particularly his rivalry with Owen Wilson’s Hansel. He also manages to make the most of his physical comedy skills, and there’s some brilliant dance-offs at key points in the movie. 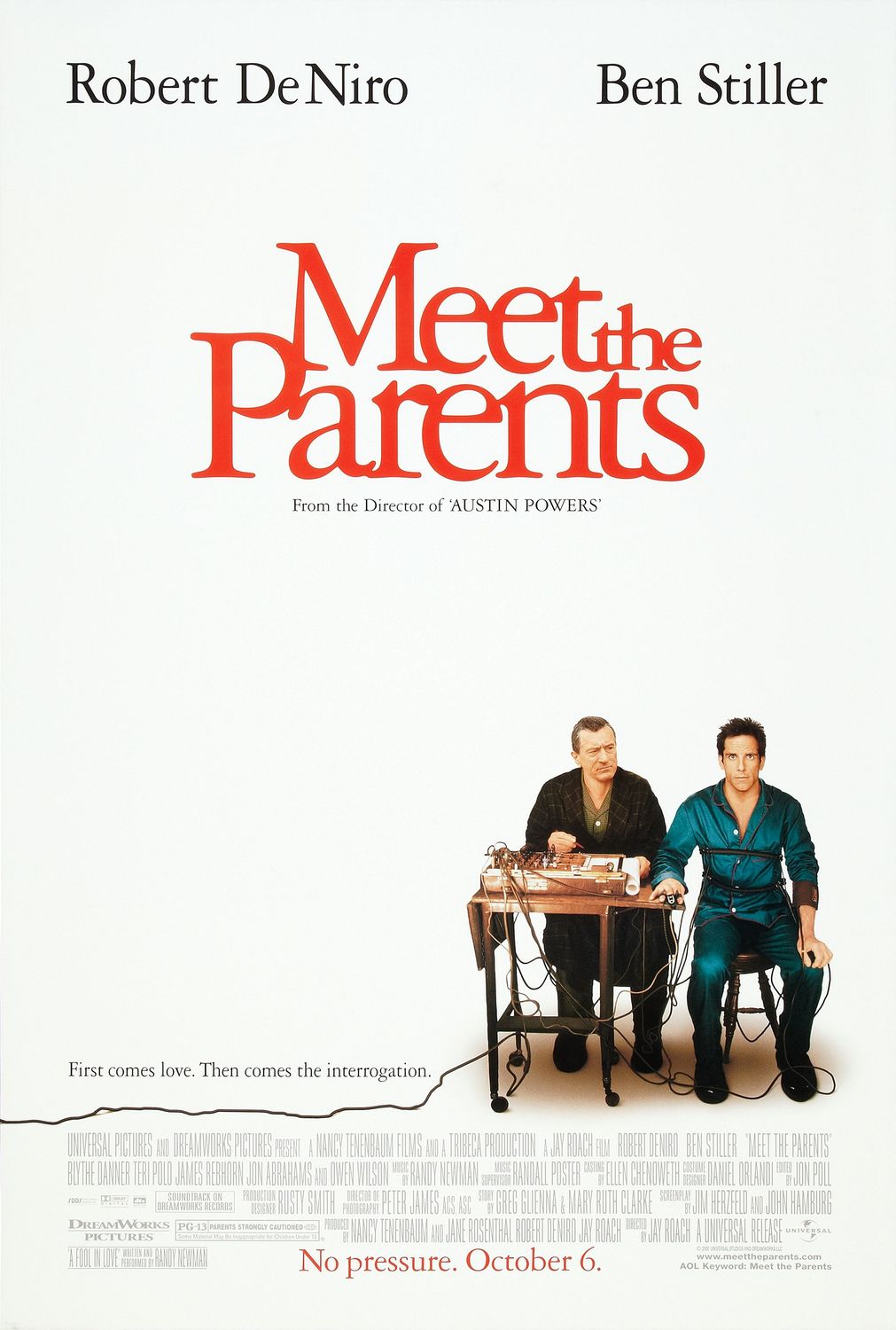 Stiller lit up the silver screen with this classic comedy. From his awkwardness to Robert De Niro’s over-the-top performance, Meet The Parents is a cinematic masterpiece that will leave you in stitches. Ben Stiller plays an anxious groom who meets his fiancee’s parents for the first time, only to find out they’re not quite what he expected.

Through hilarious misadventures and unforgettable characters, he takes us on a journey of uncomfortable moments and crazy antics that make this movie one of the funniest Ben Stiller films in history. Meet The Parents if you need a good laugh. It stands as one of best Ben Stiller movies ever made. 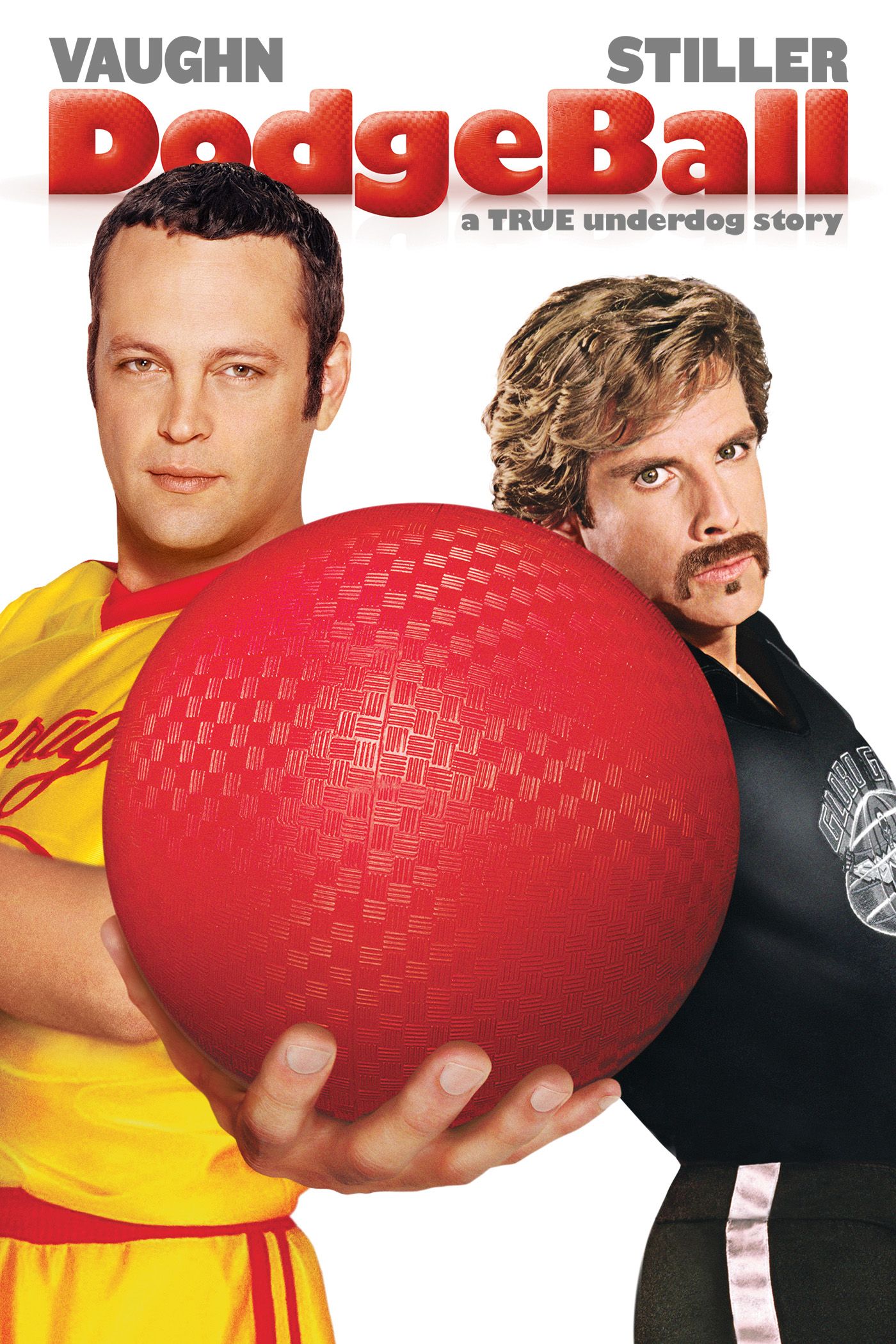 One of the most popular Ben Stiller movies follows Peter La Fleur, the owner of Average Joe’s Gymnasium, a run-down gym with quirky personalities, as he battles against Ben Stiller’s character- White Goodman, in a dodgeball competition.

The movie is filled with witty dialogue and hilarious moments throughout. Ben Stiller gives an excellent performance as the egotistical White Goodman. His portrayal of his character provides nonstop laughs while also showcasing some strong dramatic acting chops during certain intense scenes in the film.

Along with Ben’s great performance, the supporting cast of Average Joe’s Gymnasium provides great comedic relief. From Steve the Pirate to Gordon, each character is unique and hilarious in their way.

Stiller is known for his irreverent sense of humor and spot-on comic timing. In Night at the Museum, Ben Stiller shines as Larry Daley, a divorced father who takes a job as a night guard at the American Museum of Natural History. He quickly discovers that all the exhibits in the museum come to life after sundown. Ben brings plenty of laughs and energy to this wild adventure through history.

From battling ancient Egyptian warriors to being chased by Attila, the Hun’s army, Ben makes it all seem so real–and even allows us time to appreciate some valuable lessons about family along the way. Whether you’re a Ben Stiller fan or a casual moviegoer, Night at the Museum is one of amazing Ben Stiller movies guaranteed to provide you one wild ride.

Ben Stiller delivers a career-defining performance in this action comedy. This movie follows a group of actors chosen to star in an epic war film and get dropped into the middle of an actual battle with real-life soldiers. He leads an all-star cast as Tugg Speedman, an actor whose career is on the decline as he attempts to prove his worth as an actor. What follows is a hilarious adventure that includes a unique blend of comedic performances from Ben Stiller and Robert Downey Jr., exciting action sequences, and a heartwarming story about friendship and perseverance. In short, Tropic Thunder is undeniably one of the recommended Ben Stiller movies. 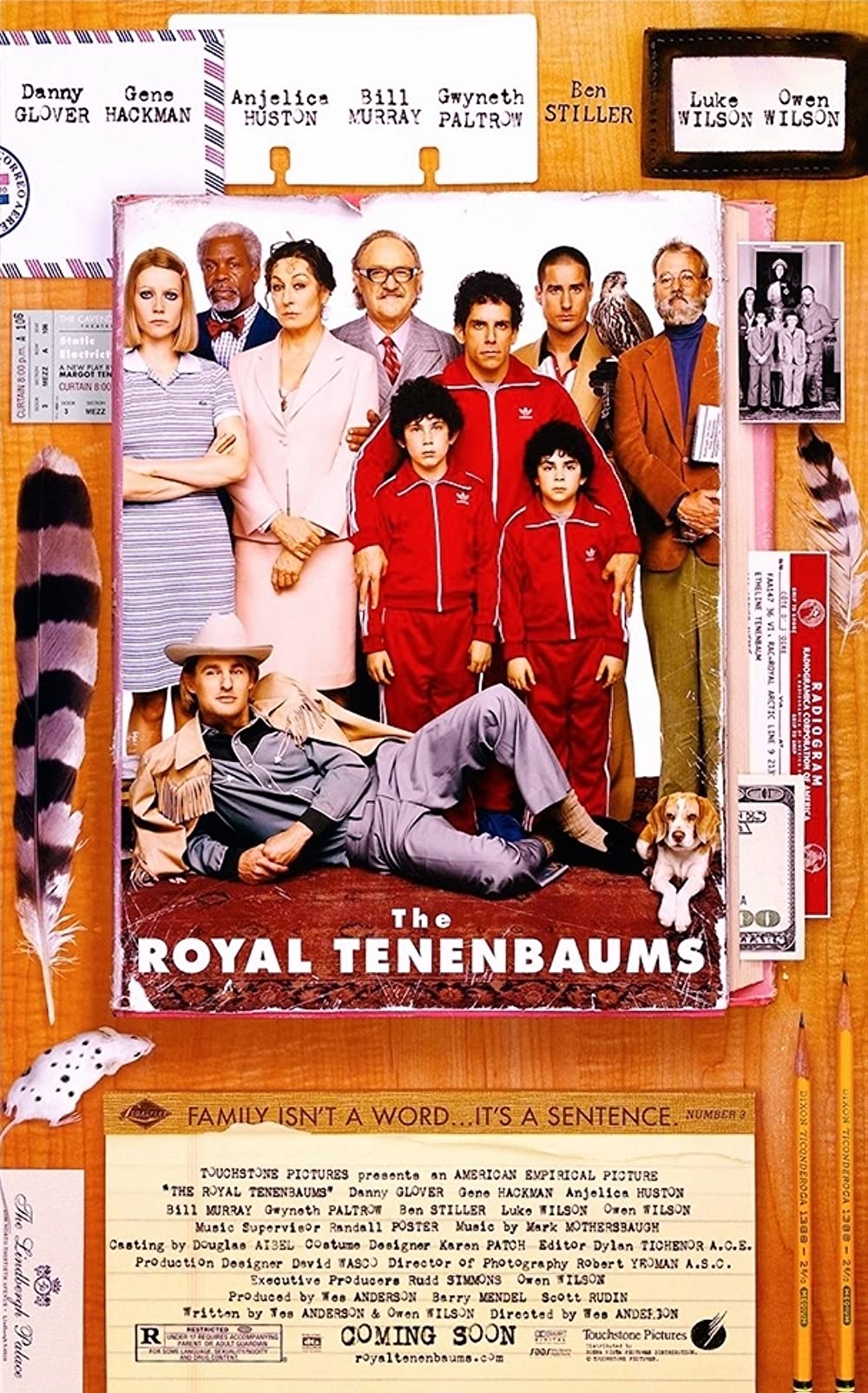 Stiller plays the role of Chas, a quirky father and former lawyer trying to reclaim his place in his family’s lives. The entire movie is filled with offbeat humor and clever dialogue that will keep viewers entertained throughout. Ben Stiller’s portrayal of Chas is particularly memorable; he manages to bring a sense of warmth and complexity to the character that few other actors could have achieved.

The film features an all-star cast including Gene Hackman, Gwyneth Paltrow, Anjelica Houston, Bill Murray, Danny Glover, and more. All these elements combine for one of Ben Stiller’s most memorable performances. Add to that a brilliant script full of hilarious moments and heartfelt emotions, and you have one of the stellar Ben Stiller movies.

The entire list of Ben Stiller movies would be incomplete without this masterpiece which he directed himself. This is one of his creative films filled with adventure, comedy, and drama. The Secret Life Of Walter Mitty offers a thrilling and inspiring experience that follows Ben Stiller’s character Walter as he embarks on an epic journey to find purpose in his life.

He captures the essence of this journey perfectly through his performance and direction, making it one of Ben Stiller’s best movies. The film also contains great visuals and special effects, adding charm. With beautiful landscapes, vivid colors, and a stunning music score, it’s worth watching.

He is a comedic genius, and his movies are often hilarious. Zoolander 2 is no exception, showcasing Ben’s signature humor and wit as he portrays Derek Zoolander in the sequel to the hit 2001 movie. The film follows Derek and his rival (Owen Wilson) as they compete in a modeling competition while also trying to save the world from an evil fashion mogul. Ben Stiller’s performance is spot-on, making this one of Ben’s most memorable roles ever.

He has starred in countless comedy films, but Along Came Polly stands out as one of his best. The movie follows Ben’s character, Reuben Feffer, as he navigates an unexpected encounter with his high school sweetheart (Jennifer Aniston).

The slapstick humour is executed perfectly, and Ben does an incredible job playing the bumbling yet lovable Reuben. This is definitely one of Ben Stiller’s most memorable performances – it’s no wonder why Along Came Polly has become one of the classic Ben Stiller movies. 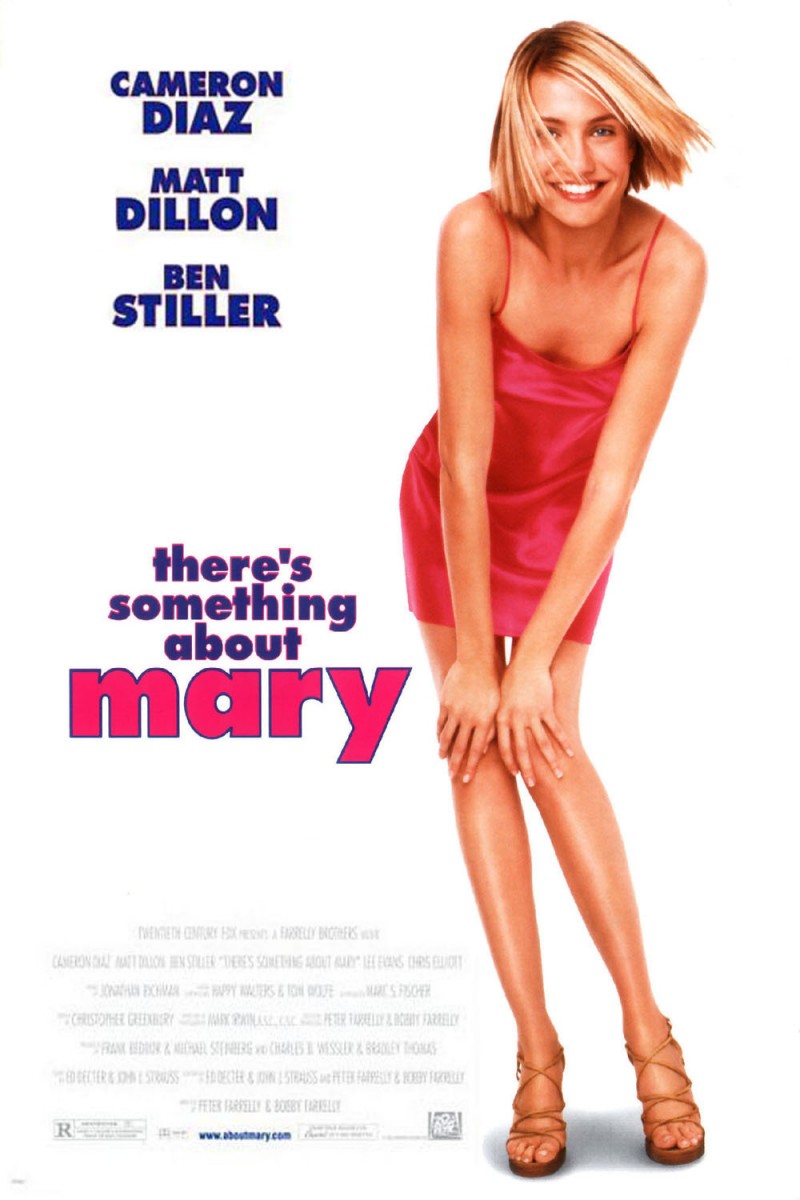 There’s Something About Mary (1998) is one of Ben Stiller’s best-known films. It has a big cult following due to its hilarious and outrageous comedy. Ben Stiller plays the role of Ted, an average guy who falls for Mary – played by Cameron Diaz. The movie follows Ted’s journey as he tries to get closer to Mary, despite all odds. Ben Stiller brings his signature comedic style to the role, making it an incredibly entertaining watch.

The film also stars Matt Dillon as Pat Healy, Ben’s rival for Mary’s affections. The plot takes several unexpected turns and twists, keeping viewers laughing throughout the movie. So, go ahead and enjoy one of the iconic Ben Stiller movies.