Known for her vibrant and strong personality, Jennifer Lopez has been a prominent figure in Hollywood since the late 1990s. She has starred in many critically acclaimed films and is a force to be reckoned with today. And everyone also loves her voice – Jennifer has released several albums, too! But today, we will highlight some of the best Jennifer Lopez movies that you should definitely check out if you’re a fan. 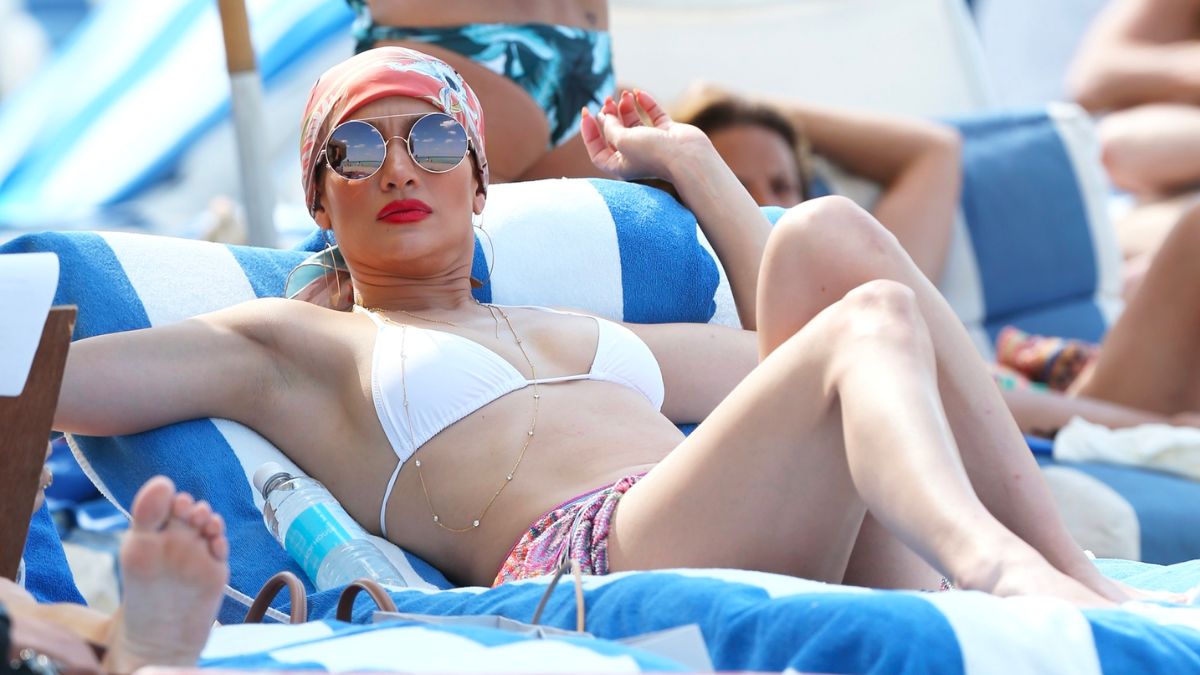 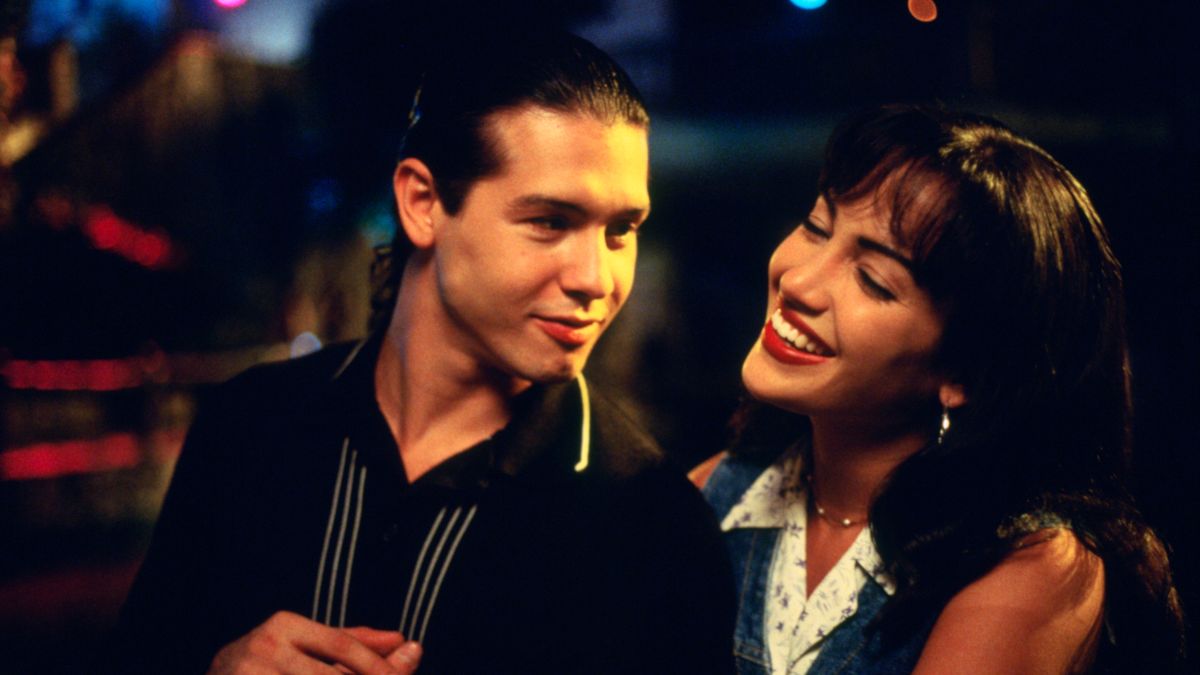 J Lo has starred in many movies throughout her career, but one of the most beloved is 1997’s Selena. The biopic follows the life and tragic death of Tejano singer Selena Quintanilla-Perez (portrayed by Jennifer Lopez), whose meteoric rise to fame was cut short due to an untimely death. She does a masterful job of capturing Selena’s essence and spirit, which made her so popular.

From her heartfelt renditions of Selena’s biggest hits to portraying the struggles she faced as a young star from a Mexican-American background, she gives an impressive performance that shows just how talented she can be.

Selena is an emotional drama that delves into the life of a woman who was taken from us too soon. 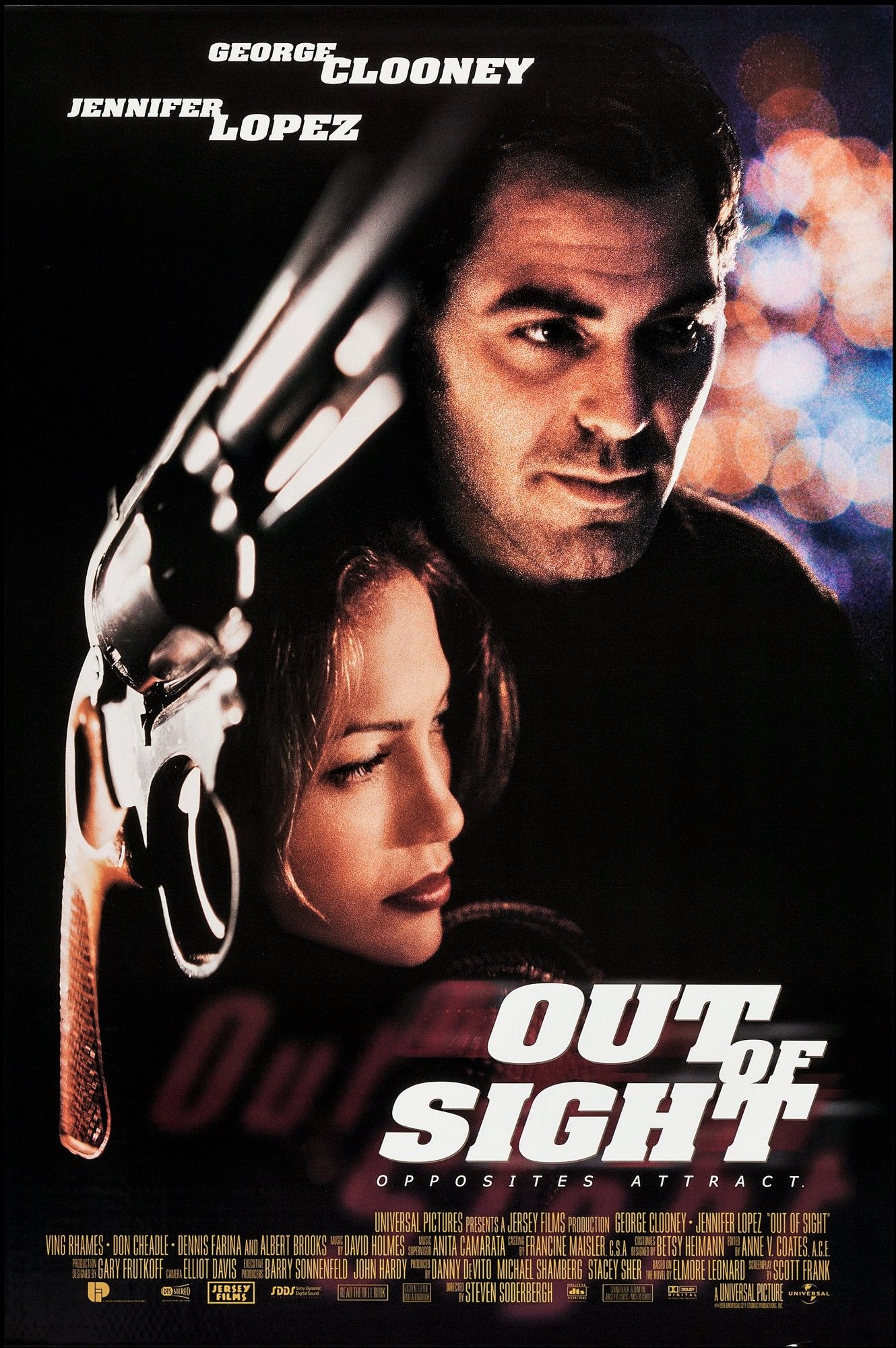 Out of Sight is among recommended Jennifer Lopez movies that put her on the map. Playing as an ambitious U.S. Marshal role, named Karen Sisco, she crosses paths with a charming career criminal played by George Clooney. The two engage in a funny game of cat and mouse as their chemistry grows, and they add sparks to this crime caper/romantic comedy.

With its stellar acting performances, exciting action sequences, and great writing, Out of Sight has become one of the best Jennifer Lopez movies today. It remains a classic among fans of her work and is well worth watching if you haven’t seen it yet. 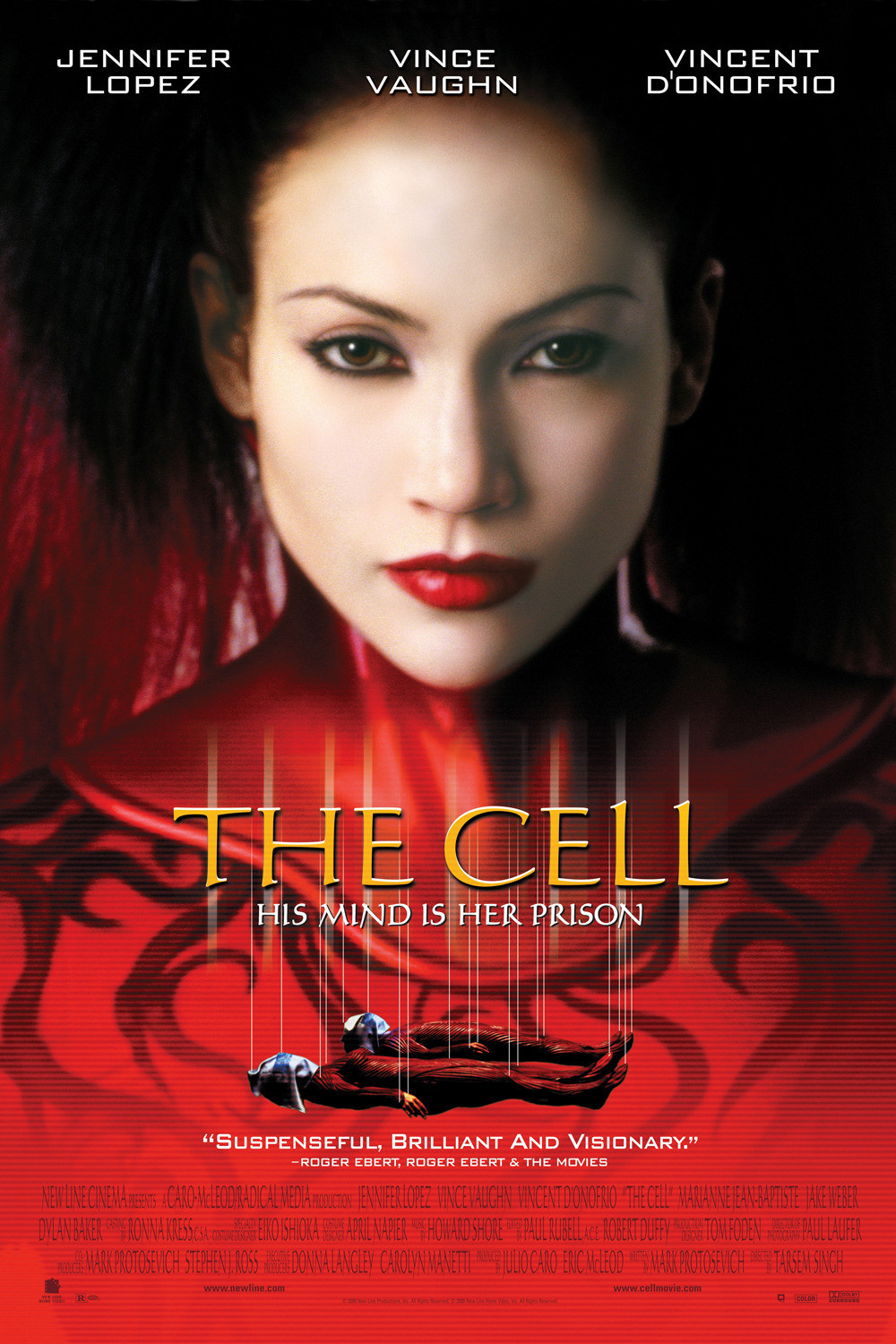 This is a science fiction horror film starring Jennifer Lopez as Catherine Deane, a psychotherapist who takes on the challenge of entering the mind of serial killer Carl Stargher to save his latest victim. Her performance in this movie is amazing and highly underrated. Her ability to portray her character’s strength and vulnerability makes for an engaging watch.

From the moment she enters Stargher’s subconscious, you can feel her fear and determination to save his victim at all costs. Her emotional journey throughout the film is captivating, and her acting is mesmerizing.

Maid in Manhattan is one of the highly appreciated Jennifer Lopez movies. It stars J.Lo as Marisa, a single mother and hotel chambermaid who falls in love with a wealthy politician (Ralph Fiennes). Despite her humble background, Marisa captures the heart of this powerful man, and through sheer determination and courage, she overcomes obstacles to be with him.

The movie also has lighthearted moments that make it enjoyable for the whole family. Christopher Egan plays Marisa’s young son Ty and provides comedic relief throughout the film. The chemistry between J Lo and Fiennes is undeniable—their captivating scenes are some of the movie’s highlights. 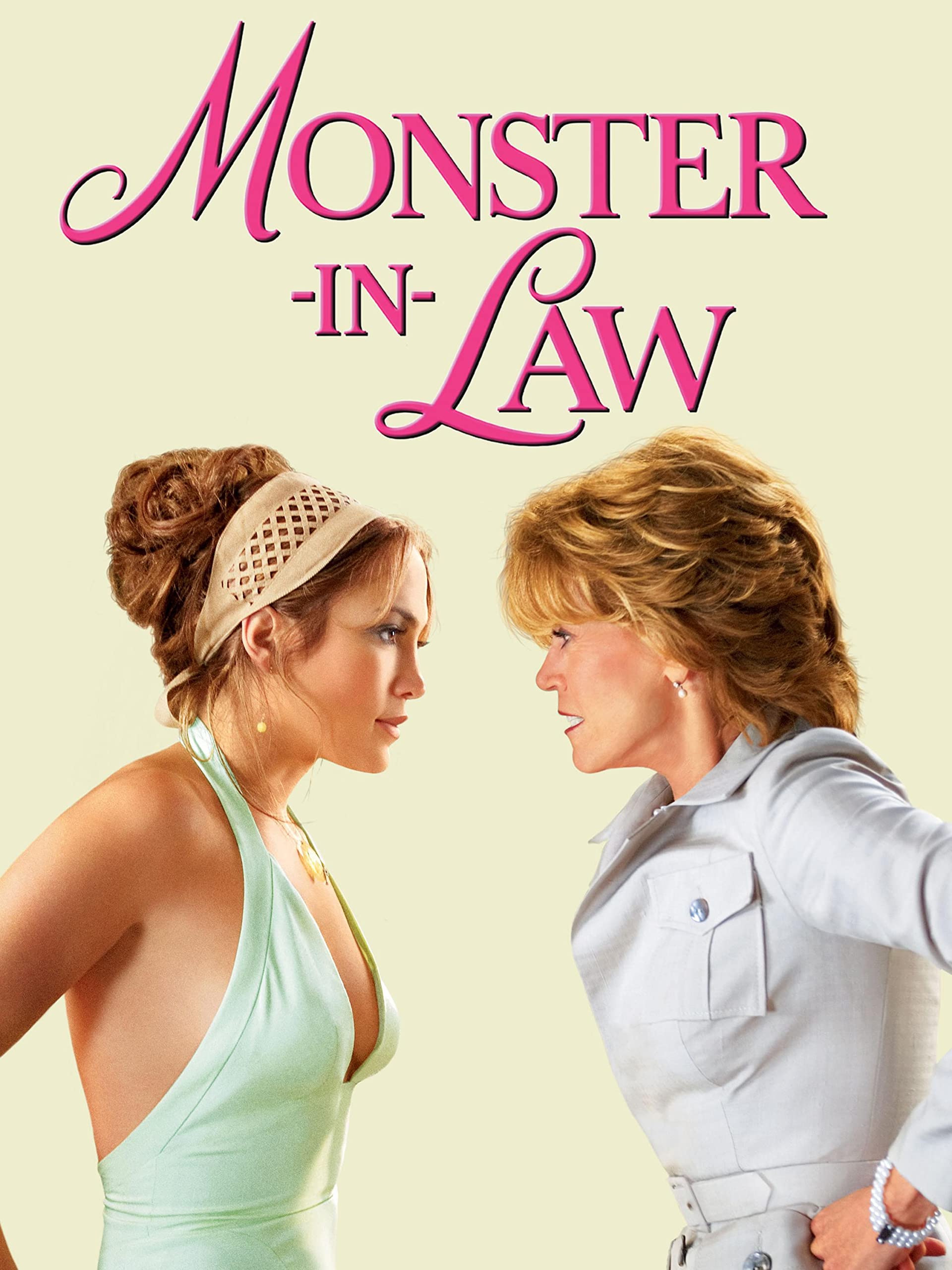 The movie is filled with hilarious gags, heart-warming moments, and some serious lessons about family dynamics. The film focuses on the importance of respect, communication, and compromise in familial relationships. It also explores the idea of acceptance and how sometimes it takes a bit of understanding to come to terms with someone else’s beliefs and opinions.

At its core, Monster-in-Law is an entertaining movie that will leave you laughing all the way through. The chemistry between Lopez and Fonda is undeniable, making for some truly memorable scenes. El Cantante is one of the best Jennifer Lopez movies you can watch. This musical biopic tells the story of the life and career of legendary Puerto Rican salsa singer Hector Lavoe. The movie stars Marc Anthony as Lavoe and Jennifer Lopez in her Golden Globe-nominated performance as Puchi, his wife. With stunning cinematography and a killer soundtrack featuring some of Latin music’s greatest hits, El Cantante takes viewers on a journey through history and shows how Lavoe’s impact is still felt today. This eye-opening biopic is a must-see for any Jennifer Lopez or Latin music fan. 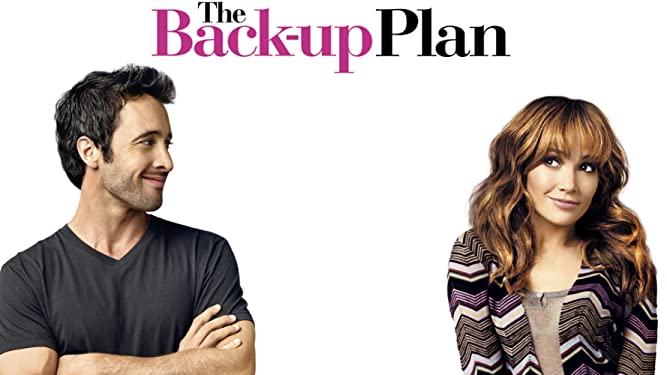 The Back-up Plan is one of the best Jennifer Lopez movies because it has a lighthearted but real approach to romance. The movie follows Zoe (Lopez), a woman who is fed up with waiting around for her perfect man and decides to take matters into her own hands by becoming artificially inseminated. What follows is an entertaining story that alternates between hilarious, heartwarming, and thought-provoking moments.

Throughout the film, her character goes through numerous funny misunderstandings as she navigates the world of single motherhood while also searching for love in unexpected places. The chemistry between Lopez and O’Loughlin is also palpable, making their scenes together some of the most enjoyable Jennifer Lopez movies.

This psychological thriller features an engaging story and performances that keep you on edge. In this movie, J-Lo plays Claire Peterson, a high school teacher who finds herself in a difficult relationship with her charming new neighbor, Noah Sandborn (played by Ryan Guzman). As their relationship progresses, it quickly spirals out of control as Noah becomes increasingly obsessed and violent. Despite his intentions being unclear from the start, it soon becomes apparent that he will do anything to get what he wants – no matter how far he has to go.

The intensity and suspense build up with each scene until its shocking conclusion. Plus, Lopez is as stunning as ever in her role as a strong female lead – showing viewers that even when faced with menacing obstacles, she can stay true to herself and fight for what’s right.

It’s is definitely one of the best Jennifer Lopez movies to watch. This romantic-comedy stars Lopez as Maya, a middle-aged woman stuck in a dead-end job despite her intelligence and determination. With the help of her two best friends, played by Leah Remini and Vanessa Hudgens, she creates an elaborate resume and lands a dream job at a major company. The movie follows Maya as she navigates professional success while learning valuable life lessons about relationships and self-esteem.

The movie shows how difficult it can be for women over 40 to find employment and how Maya must overcome her self-doubt to succeed. It also deals with classism, ageism, and sexism in the workplace. But ultimately, it’s a heartwarming story about one woman’s journey to finding her place in the world.

Hustlers (2019) is one of the best Jennifer Lopez movies for many reasons. The movie follows a group of former strip club employees who band together to turn the tables on their Wall Street clients. It’s an exciting, thrilling, and visually stunning movie that keeps viewers engaged from beginning to end.

The plot is engaging and unpredictable, making it difficult to guess what will happen next. Additionally, the characters are complex and multifaceted; viewers quickly get invested in their lives and relationships. Plus, J Lo gives an outstanding performance as Ramona Vega, delivering a heartfelt performance that adds depth to her character.

So, these are some great Jennifer Lopez movies to watch, varying from romantic comedies to psychological thrillers. Which one will you be watching first? We can recommend any of these ten – they are all amazing.