Often we are confused about “Why to avoid Bananas during Pregnancy”

Let’s find out if it’s a Taboo, a misconception or a scientific fact…

Pregnancy is the journey from a woman to a mother.  Motherhood entails tremendous responsibility on a mother to indulge only in healthy food that boosts the well-being of both the mother and the child. As a mother, you should very well know what foods to avoid during pregnancy.

If the Banana is a super fruit loaded with minerals, vitamins, fiber, carbohydrates, and microelements like Potassium, Phosphorus, and Iron, then why to avoid Bananas during pregnancy?

During pregnancy, certain fruits are strictly prohibited from consumption, as they may be fatal for the health of both the mother and the developing fetus whereas there are fruits that may be consumed in limited quantity.

Banana has excellent benefits to a pregnant mother only when consumed in limited quantity.

When to Avoid Bananas During Pregnancy? 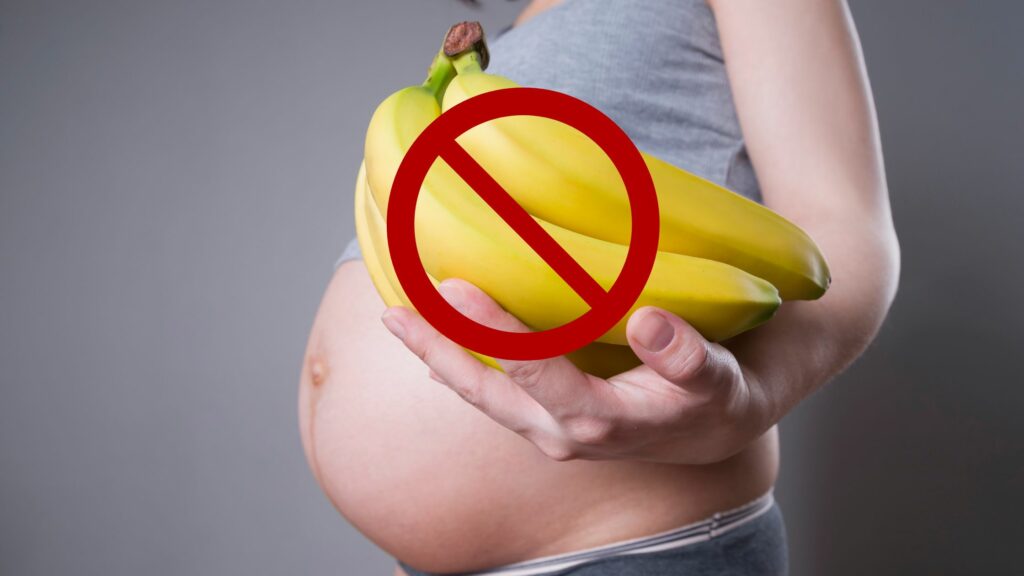 8 Reasons Why to Avoid Bananas During Pregnancy

1. Risk of Increase In Glycemic Index 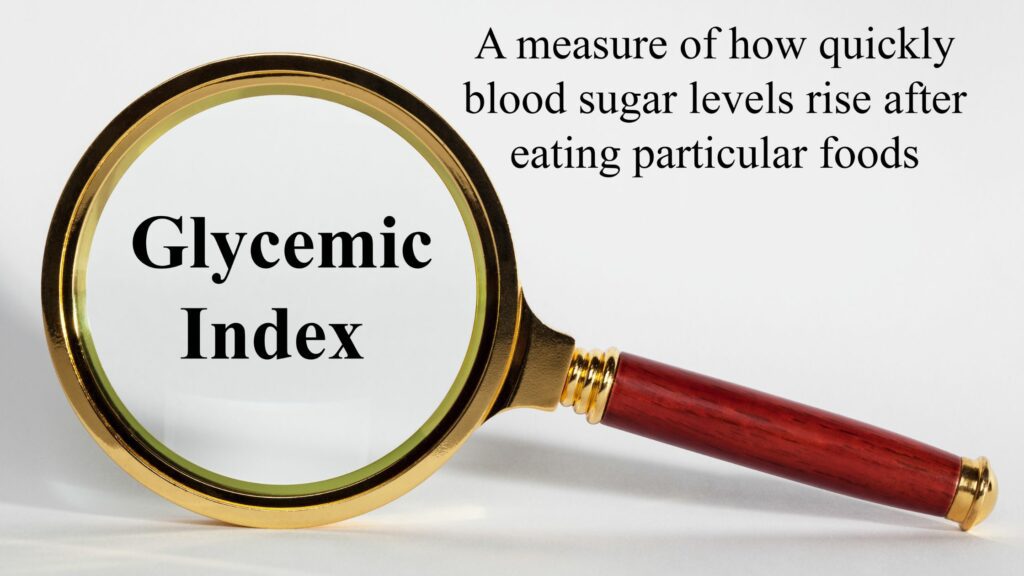 The sweet taste of Banana is addictive. Many people treat it as a substitute for sugary food.

When consumed in excess, it can raise the sugar levels/glycemic index of the body, making the mother and the fetus vulnerable to diabetes or gestational diabetes. Banana is rich in Amino acids. In our body, these amino acids get converted into Tyramine, a natural compound responsible for triggering migraine pain.

During pregnancy, headaches especially caused due to migraine can be troublesome and risky. Banana is a good source of “Tryptophan”, an essential amino acid. A high amount of Tryptophan leads to the dilation of blood vessels causing excessive sleepiness. Such irregular sleep patterns have adverse implications on the health of a mother and child as they might lead to anxiety, mood swings, stress, and restlessness.

Bananas are a rich source of Potassium, which is good for the health of pregnant women and the developing fetus.

But, when not consumed in limited quantity, it agitates a problem called “Hyperkalaemia”.

This condition disturbs the functioning of cells and nerves exposing to risk the well-being of the mother and fetus. 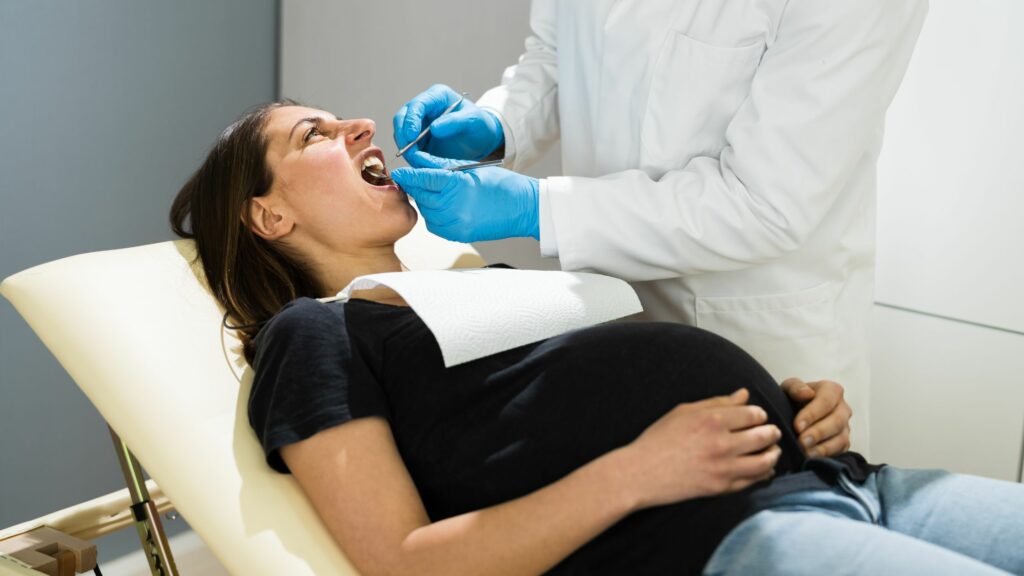 The sugar content in Bananas can even trigger tooth decay problems when eaten in excess.

This situation may be very troublesome, as the mother has to endure the pain. No doctor would advise any medication or X-Ray as that could seriously damage the growth of the fetus.

During pregnancy, the metabolism rate of the body reduces significantly.

Bananas are high in soluble fiber, which can help fasten the process of digestion. However, intake of excess soluble fiber, can lead to constipation, gas troubles, and bloating.

With reduced metabolic rate and excessive fiber, pregnant women can face serious problems, if Bananas are consumed in excessive quantity. 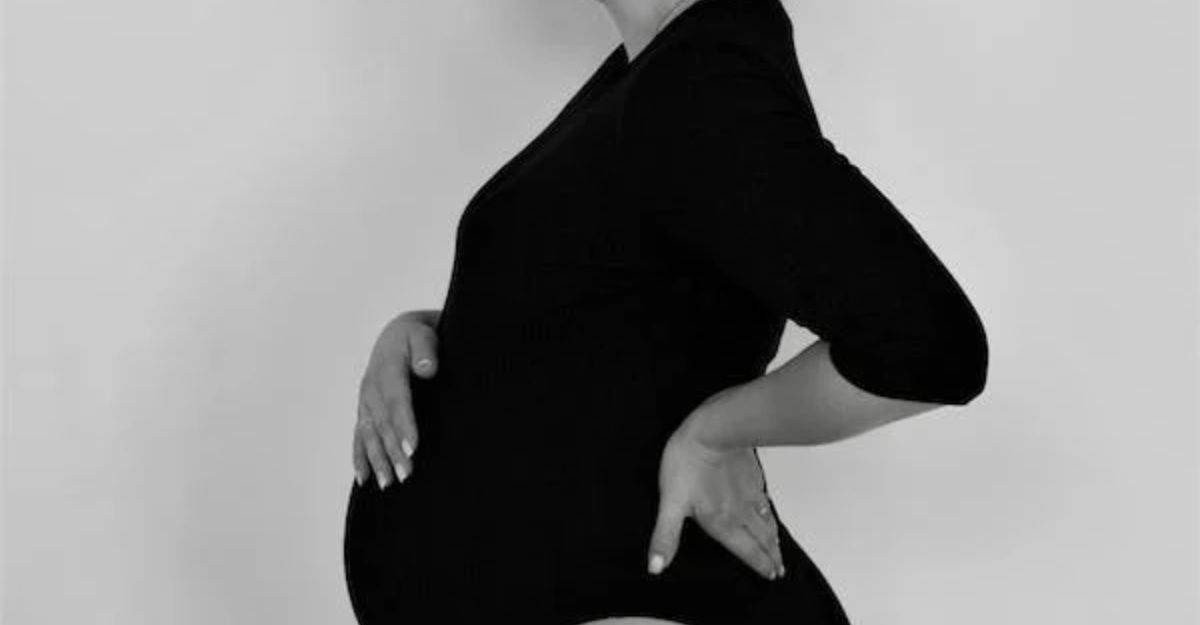 As Banana is acidic in nature, therefore it can cause severe bowel issues and acidity when consumed empty stomach.

Banana has a latex-like substance called “Chitinase” that causes body heat. When consumed in excess, the rising body heat poses a serious threat to the health of both mother and the fetus.

Bananas should be washed thoroughly with clean water before consumption as lots of harmful chemicals are used as preservatives. Excessive exposure to chemicals causes allergies and other respiratory complications.

Foos To Avoid During Pregnancy

Pineapple releases an enzyme named “BROMELAIN” which breaks down protein in the body. This enzyme softens the cervix, which induces uterine contractions leading to early labor.

Papaya (both ripe and raw) is rich in latex. Latex leads to an undue rise in the body temperature, which is detrimental not only to the health of the mother but also hampers the development of the fetus.

Tamarind, rich in Vitamin C is a very good remedy for relieving morning sickness and nausea.

Vitamin C when consumed in excessive quantities can lead to bleeding, Miscarriage, or preterm childbirth as- 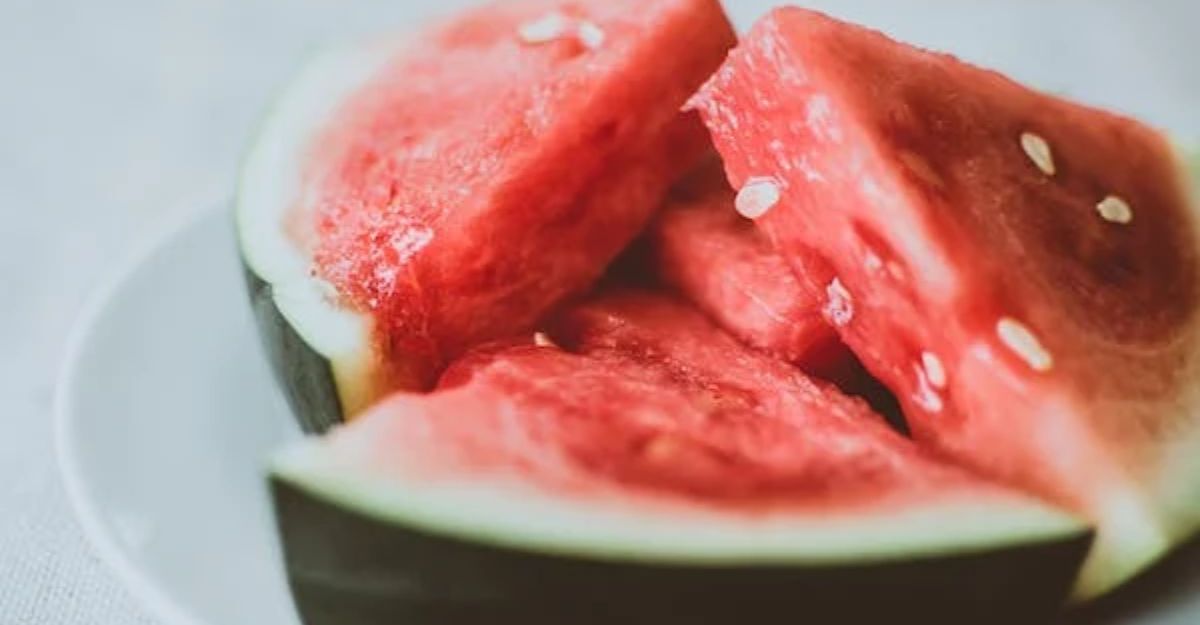 Watermelon is an excellent detox. It flushes all the harmful toxins from the body.

In pregnant women, it can harm the fetus by exposing the body to various toxins and can also drain out the essential nutrients while flushing out toxins.

To add to it, the sugar content also makes it an unhealthy choice in case of pregnancy as it does more harm than good.

Too much date consumption can heat up the body obstructing labor. So consuming only 1 or 2 dates in a day is advisable.

Read more about Indian Foods to avoid during Pregnancy. 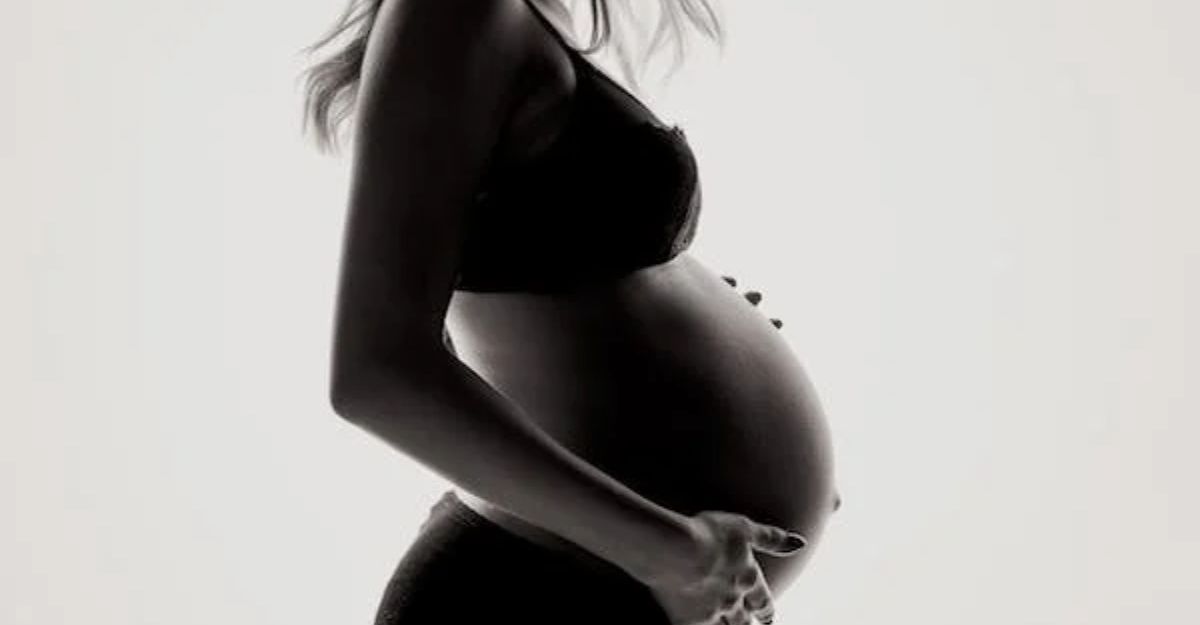 Banana not only replenishes the minerals and vitamins essential for the proper growth of the developing fetus, but also acts as an effective energy booster, improves heart health, good source of Iron in anemic mothers, and acts as an excellent antioxidant.

The famous saying of Hippocrates “everything in excess is opposed to nature”  stands true in this case.

Bananas should be avoided in pregnancy as overconsumption may lead to several complications including the risk of premature birth, and untimely labor pain putting the life of the mother and fetus at risk.

So, other foods to avoid during pregnancy are Pineapples, Papaya, Tamarind, food frozen over an extended period, canned foods, Watermelon, and Dates.

Only fresh home-cooked meals and fresh organic fruits should be consumed. 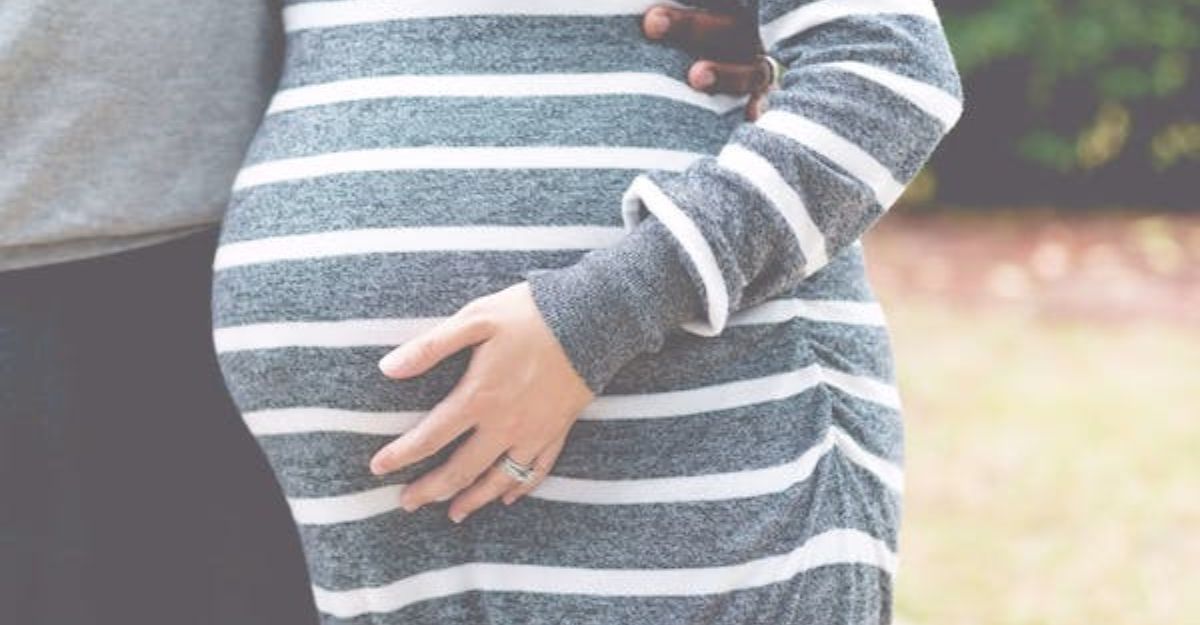 1. Can red bananas be consumed during pregnancy?

Yes, it is absolutely safe to consume red bananas.

2. How many Bananas are safe to be consumed during pregnancy?

3. Which fruit can replace Banana to fulfill calorie requirements?

Apple is a good substitute for bananas to fulfill the calorie requirements as 100 gms apple has 52 calories.