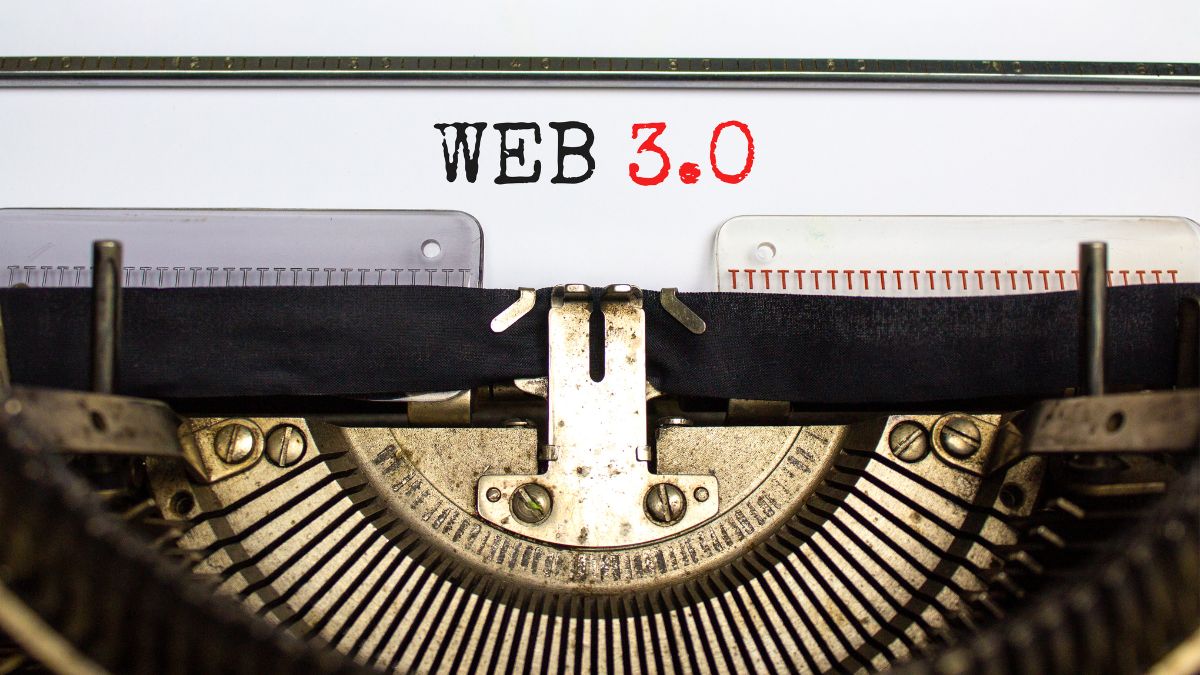 By now, everyone must have heard the term Web3.0 or simply Web3, but still, not many know what it exactly is and how it will work. So, here is a detailed article on everything one must know about Web 3.0. Web2.0 is the internet we use today, controlled by large companies such as Alphabet, Amazon, Apple, Meta, and Microsoft. Web3.0 wants to decentralize the internet and give power back to regular people.

Web3.0, often known as Web3, is a term used to describe what will come after the World Wide Web and is also referred to as cryptocurrency-friendly web 3.0. In 2014, Ethereum co-founder Gavin Wood introduced the term “Web3” while investing more in developing decentralized technology systems. He chose the name “Web3” after comparing previous versions of the internet to it.

Web 3.0 is the next internet generation, where users will completely control their data and information. It is being developed to ensure that the internet is more secure, private and user-friendly. In other words, Web 3.0 is being built with a vision to make the internet a better place for everyone.

Some of the key features of Web 3.0 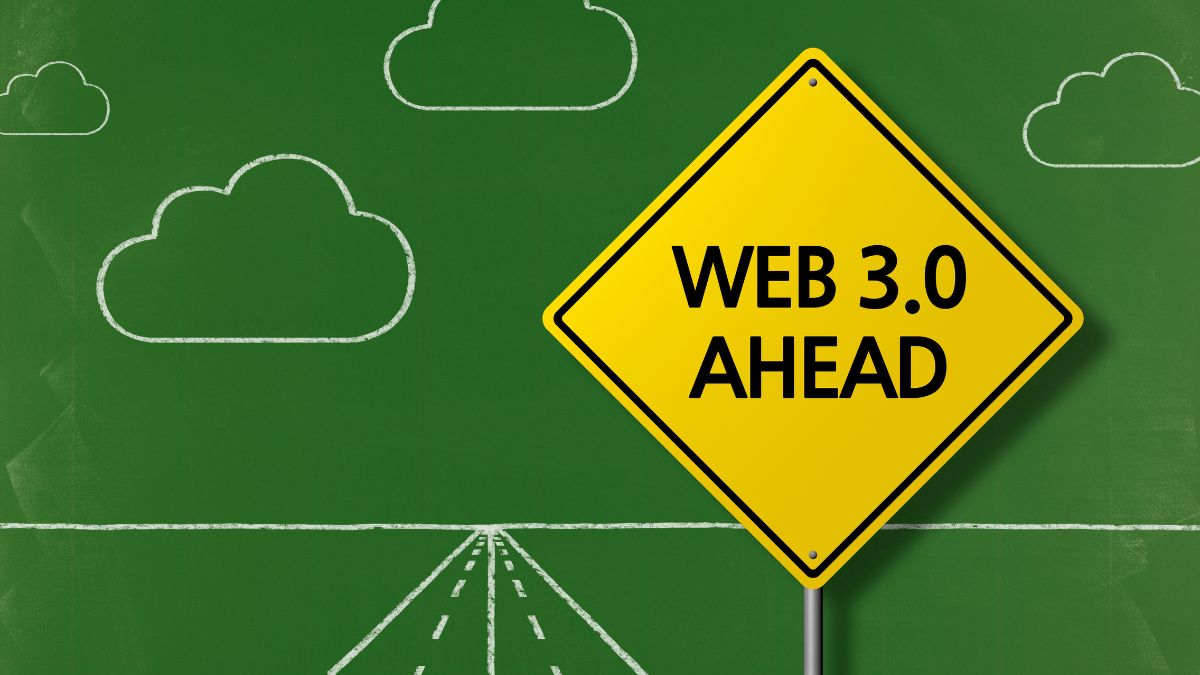 One of the most important aspects of Web 3.0 is decentralization. With decentralization, there will be no need for central authorities or intermediaries to manage data or transactions.

Everything will be distributed and stored on a decentralized network.

Blockchain technology is one of the critical technologies that will power Web3. With blockchain, data can be stored in a secure and tamper-proof manner. Blockchain can also be used to build decentralized applications (dApps).

In Web 3.0, digital assets can be tokenized. This means that tokens on a blockchain can represent real-world assets. This will make it possible to trade assets more efficiently and securely.

With Web 3.0, users will have more control over their data. They can choose who can access their data and for what purpose. In addition, new technologies such as zero-knowledge proofs will make it possible to verify transactions without revealing the underlying data.

Who will benefit from Web 3.0? One of the main benefits of Web 3.0 is that it will give users more control over their data. They can choose who can access their data and for what purpose. In addition, new technologies such as zero-knowledge proofs will make it possible to verify transactions without revealing the underlying data.

Another group that will benefit from Web 3.0 are developers. With decentralization, there will be a greater need for dApp development. In addition, the interoperability of different platforms will make it easier for developers to build applications that can be used on multiple platforms.

Enterprises will also benefit from adopting Web 3.0 technologies. With blockchain, businesses can streamline their operations and reduce costs. In addition, tokenizing assets will make it possible for businesses to raise capital more efficiently.

How to Invest in Web3? 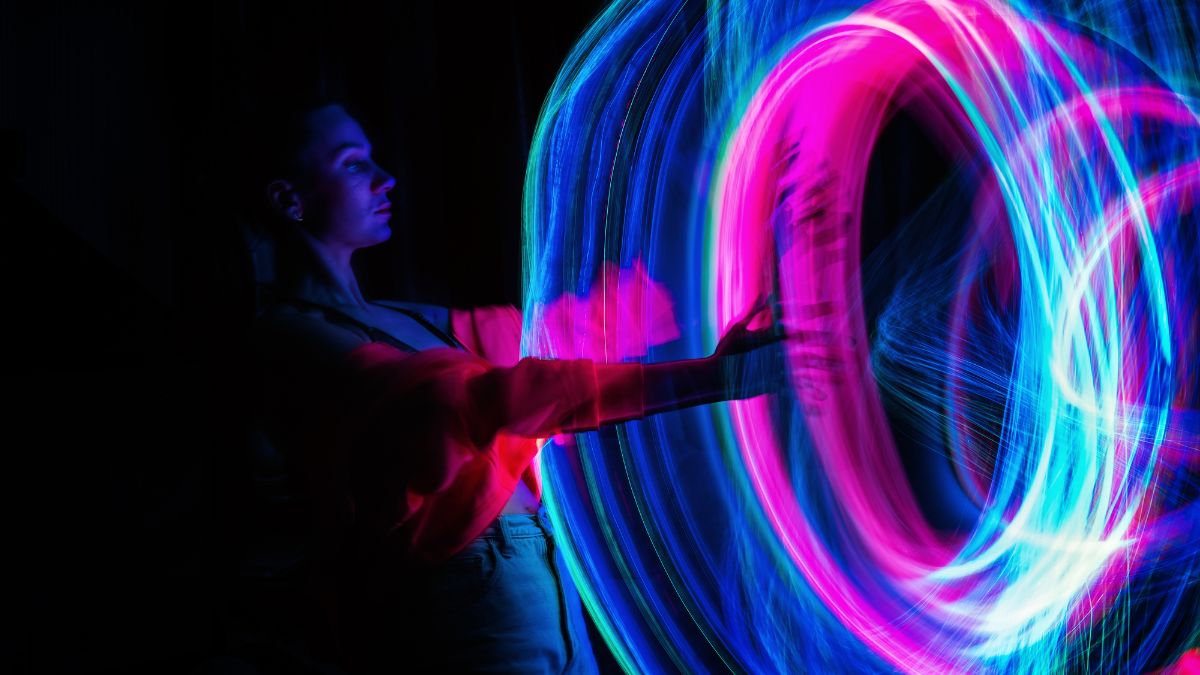 There are a few ways to invest in Web 3:

Several companies are working on developing Web 3.0 technologies. Some of these companies include Ethereum, Polkadot, Filecoin and Dfinity.

Another way to invest in Web 3.0 is to invest in protocols that will power the next generation internet. Some of the most promising protocols include IPFS, Libp2p and Dat protocol.

Why should you pay attention to Web3 right now?

Consider Web3 to be an evolution of Web2, extending contemporary breakthrough technologies. The notion of Web3 is not only driving the Metaverse’s creation and cryptocurrency’s growth, but it also concerns other major technology sectors such as gaming, NFTs, and virtual and augmented reality devices.

The decentralization of the internet may lead to the downfall of major Internet corporations on the web. I don’t think Alphabet, Amazon, Meta, and Microsoft will completely vanish from the Nasdaq. Still, these firms might be more motivated to compete with Web3 users attempting to stake their claim in a decentralized online world.

It’s believed that digital transformation may generate greater interest in decentralized apps and other blockchain-based technology. However, it remains to be seen whether users will adopt digital assets due to such enthusiasm. The success of these projects will, over time, lead to increased adoption of Ethereum. Web3 may also pique consumers’ attention toward potential applications for blockchain and cryptocurrency technology. Ethereum supports cryptocurrencies and NFTs, allowing customers to make payments, develop software, and more.

Some Advantages of Web 3.0 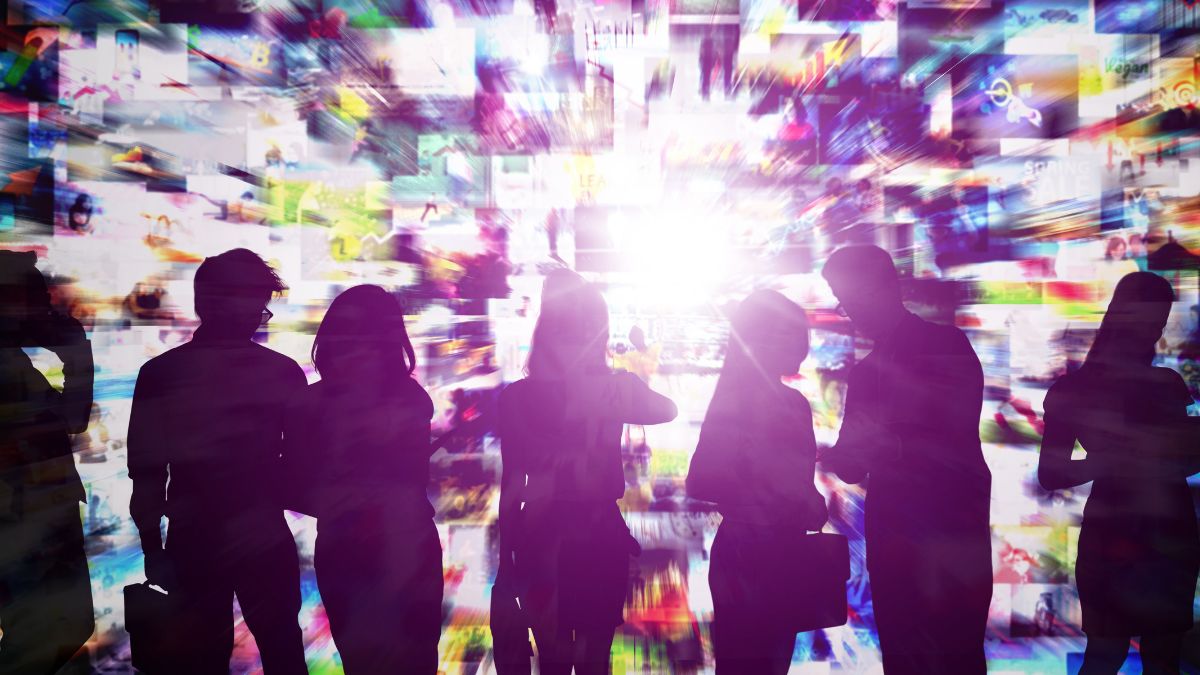 Users ultimately control their data, safely kept on a blockchain via a crypto wallet. They can choose who to share their information with and when or donate it to causes such as medical research.

Users are in complete command of their data. It’s not the case that users have little power when compared to a company like Facebook, which has no control over whether or not they use its services.‍

Hard-to-change content duplicated across a decentralized peer-to-peer network cannot be censored easily. (However, the flip side of this coin is that online harassment, hate speech, and disinformation will also be more difficult to censor.)

Because altering information that has been authenticated over so many nodes is difficult (remember Jacob’s father trying to turn the blue cat into a cookbook), Web3 is a very secure environment. Some claim that the arrival of a fully functional quantum computer would destroy this security, but we’re still a long way from it.‍

Decentralized Autonomous Organizations (DAOs), described in further detail below, may alter our current structure from a hierarchical one to one that is bottom-up and community-driven.

What’s the role of Metaverse in Web 3.0? 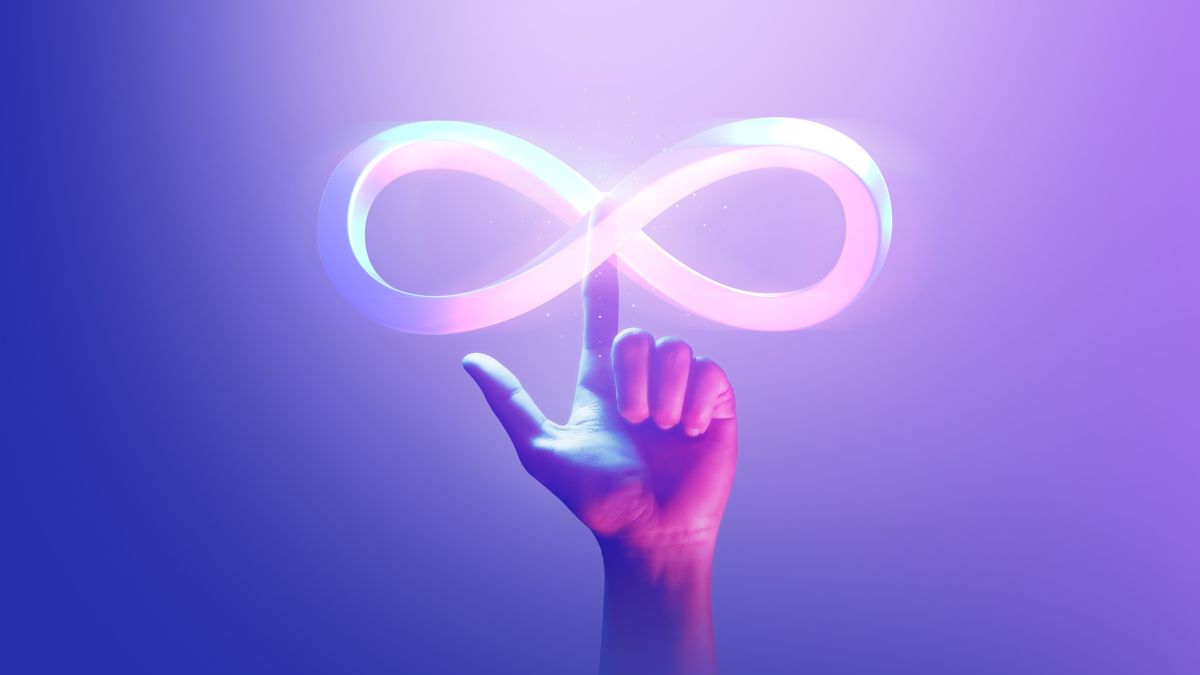 Metaverse is a decentralized platform that enables the creation of a digital world. It is powered by blockchain technology and allows users to create avatars, own virtual property, and trade digital assets. Metaverse is often described as a “decentralized” or “distributed” ledger, meaning that it is not owned or controlled by any entity. Instead, it is maintained by a network of computers around the world. This makes it resistant to tampering or censorship.

Metaverse has often been compared to Ethereum, as both platforms allow for decentralized applications (dApps) development. However, Metaverse is unique in that it also allows for the creation of metaverses – virtual worlds built on top of the Metaverse blockchain. These metaverses can be used for gaming, social networking, e-commerce, or any other type of application. 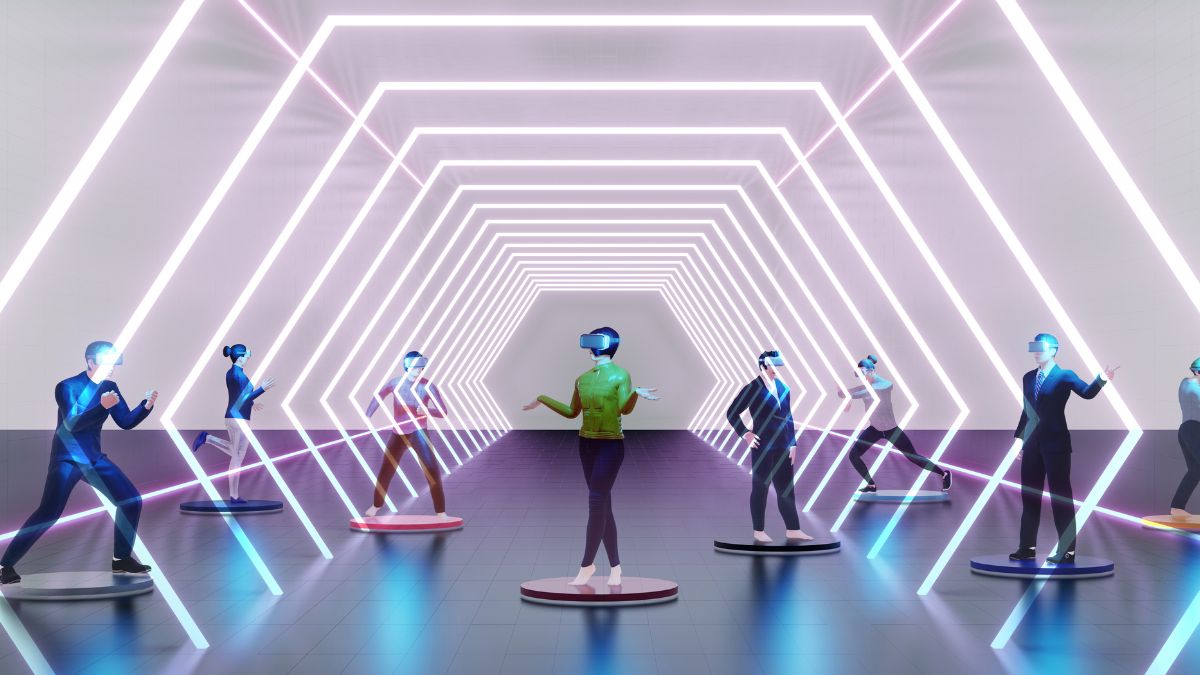 The future of Web 3.0 is very bright. The internet will become more secure, private and user-friendly with new technologies. In addition, tokenizing assets will make it possible for businesses to raise capital more efficiently. The future of Web 3.0 is fascinating, and there are a lot of opportunities for investors to profit from its growth.

Web 3.0 is still in its early stages of development, and it will take some time before all the features are fully developed and implemented. However, several projects are already working on building the infrastructure for Web 3.0. Some of these projects include Ethereum, Polkadot, Filecoin and IPFS.