Who is Subhadra Kumari Chauhan?

Not everyone knows about the revolutionary figure Subhadra Kumari Chauhan and her contribution to Indian freedom. If you are here to know about the story of this ordinary lady and her extraordinary work for her nation, keep reading and discover the facts about her life. 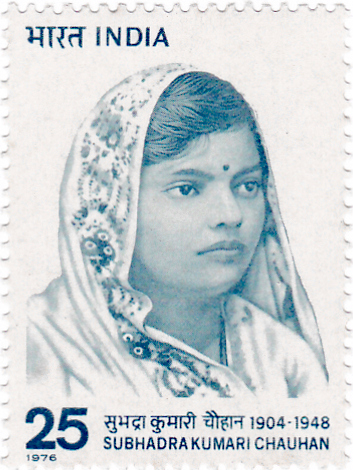 Subhadra Kumari Chauhan is still known as eminent poetess and a freedom fighter for India. She is known for her incredible poetic works (including “Jhansi ki Rani”) which is still appreciated today. Her contributions to Hindi literature make her an iconic personality who is now studied in several schools across the country.

Subhadra Chauhan was born in Nihalpur, Uttar Pradesh. She finished the Crosthwaite Girls’ School in Allahabad and the middle-school examination in 1919 after studying there for three years. In 1919, she married Thakur Lakshman Singh Chauhan of Khandwa at sixteen, with whom she had five children.

She and her husband joined Mahatma Gandhi’s Non-Cooperation Movement in 1921. She became the first woman to be arrested for protesting British rule in Nagpur and was jailed twice, once in 1923 and again in 1942.

She later became a member of the state’s legislative assembly (erstwhile Central Provinces). In 1948, she tragically died in a car accident near Seoni while on her way back from attending an assembly session in Nagpur, which served as the capital of Central Provinces.

On August 16th, 2021, in honour of her 117th birthday, Google Doodle released an image featuring Indian poetess Subhadra Kumari Chauhan writing a verse. The doodle was designed by New Zealand-based artist Prabha Mallya and provided a glimpse into the life of this legendary figure.

Chauhan dedicated her life to the independence struggle, continuing to make revolutionary proclamations on and off the page. She published 88 poems and 46 short stories as part of her service to the freedom cause.

Subhadra Kumari Chauhan, considered the firebrand poetess of Hindi literature, was born in 1904 to a farmer’s family in Nihalpur village, Uttar Pradesh. When she turned 16, she married Thakur Laxman Singh Chauhan of Khandwa per her parent’s wishes.

Despite being born into a household that prominent practiced chhooa-chhooi (untouchability), she despised such traditions and would often reprimand her mother for discriminating against her lower caste neighbours. In addition, she would regularly help with chores around the house.

The practice of covering women in her family was forced upon them, but she fought against it and stopped wearing the ghoonghat after marriage. While many people in her parental family opposed such backwards customs, she persisted, and her desire to fight for the underdog and oppressor played a vital role in her personality.

Role of Subhadra Kumari Chauhan against Caste Based Discrimination

Subhadra was against caste-based discrimination and helped her daughter Sudha marry Amrit Rai, the son of famous literary figure Munshi Premchand, even though some family members disapproved because it was against their caste.

Subhadra Kumari Chauhan was by her daughter’s side throughout everything. She always advocated for women’s freedom during a time when their opinions weren’t even considered, let alone valued. Chauhan dedicated her entire life to the cause of gender equality, whether it was through writing, poetry or her political activism. After seeing India become independent in February 1948, she sadly passed away soon.

The doodle, designed by New Zealand-based artist Prabha Mallya, captures Chauhan in a saree holding a pen and paper. In the background is a scene from her poem ‘Jhansi ki Rani’ on one side and freedom fighters on the other.

In a statement, Google described Chauhan as a “pioneering writer and freedom fighter” who “gained national attention during a time when men dominated literature”. “In 1923, Chauhan’s fearless activism led her to become the first woman satyagrahi, a member of the Indian collective of nonviolent anti-colonialists, to be arrested in India’s fight for independence,” the internet search giant said.

“She was notorious for frequently writing, even in the horse carriage on the way to school, and her first poem was published at the age of nine. During her early twenties, Indian independence became increasingly popular. She used her poetry to encourage others to fight for their country’s sovereignty as a member of the Indian Nationalist Movement.” Google added.

Today, Subhadra Kumari Chauhan’s poetry is recited in many Indian classrooms as a way to represent historical progress. Her words are seen as an encouragement for future generations to stand up against social injustice and celebrate the poems that shaped their nation’s history. Sudha Chauhan, Chauhan’s daughter, wrote her biography entitled ‘Mila Tej Se Tej’. 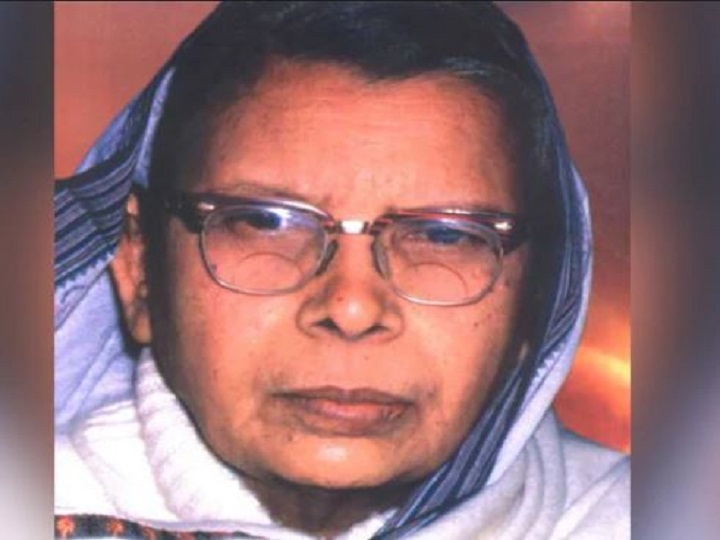 Here is a look at some of the best-known poems including Subhadra Kumari Chauhan Jhansi ki Rani.

No matter how tragic, time always moves forward, and the seasons keep changing. This is true even after terrible events like Jallianwala Bagh, where thousands of people were killed or forced to jump into a well when all exits were blocked. Even so, spring will come again, and nightingales will sing again. Chauhan urges Rituraj Vasant, or spring itself, to instruct the following season of colours on the decorum it must pursue in a location of unceasing mourning that Jallianwala Bagh had become.

Her poems Veeron Ka Kaisa Ho Basant, Rakhi Ki Chunauti, and Vida openly discuss the freedom movement and are said to have encouraged many Indian youths to fight for India’s independence.

Subhadra Kumari Chauhan is one of India’s most renowned and respected poets. Even though she only wrote poetry for a short period, her work has been celebrated for generations. If you are interested in Indian culture or just looking for an exciting read, we recommend checking out some of Chauhan’s poems. Who knows? You may even find yourself inspired to write your own verse after reading hers.

How did subhadra kumari chauhan died?

Subhadra Kumari Chauhan passed away in a car accident in 1948 near, near Seoni, Madhya Pradesh. She was She was enroute from Nagpur to Jabalpur.

Who is Subhadra kumari Chauhan?

Subhadra Kumari Chauhan was an Indian poet who wrote in the Hindi and Avadhi languages. She is considered one of the most important modern Hindi poets. Her poetry is known for its patriotic and nationalist themes. She is also known for her poem “Jhansi ki Rani”, which is about the queen of Jhansi, Lakshmi Bai.

When was subhadra kumari chauhan born?

Which is the famous poem of Subhadra Kumari Chauhan?

If you want to see more poets on Web Destination Byte, comment below and tell us whom you want to know about!