In the middle of all the merriment and cheerfulness surrounding Christmas, sometimes you need a break from it all. You might be looking for something that still celebrates the season but in a more unique way than traditional holiday movies do. If horror is your kind of film genre, then this list of scary Christmas movies is perfect for you! These flicks feature creatures such as Krampuses, vampires, and other beings that bump in the night (no, we’re not talking about Rudolph’s hooves). 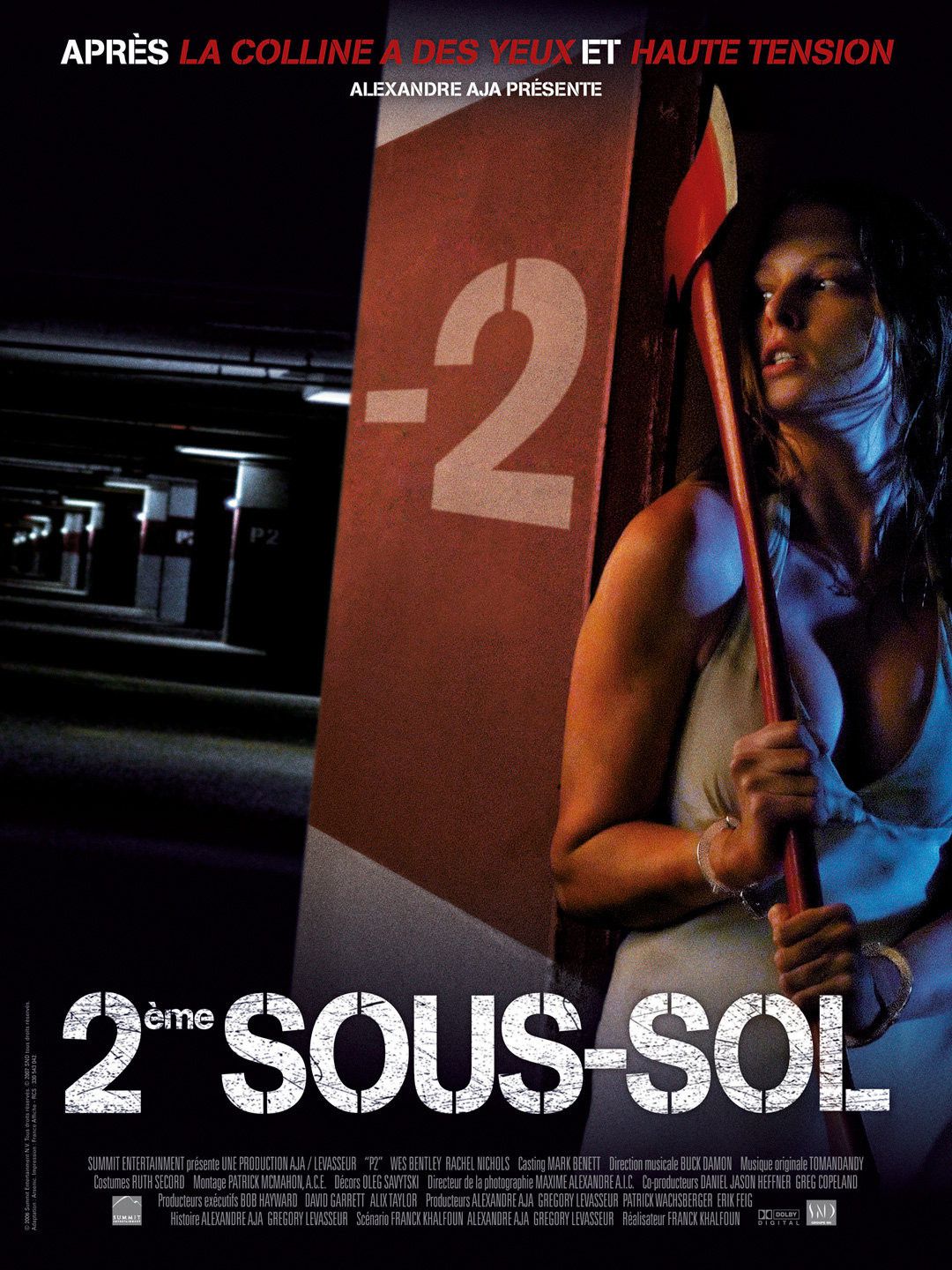 P2 is such a great concept that it could be used anytime, but adding “Christmas” makes it even more appealing to audiences. To be honest, it’s not a horror genre, but you can say it’s one of the best scary Christmas movies with full of suspense.

Although P2 isn’t as artsy or compelling as Franck Khalfoun’s 2012 remake of Maniac, starring Elijah Wood, it is still a potboiler “woman fights for survival” film. Wes Bentley gives an excellent performance as the psychologically disturbed scumbag that makes the audience’s skin crawl.

It’s Christmas meets The Raid in this upcoming thriller. Starring David Harbour from Stranger Things as a punch-packing Santa, when St. Nick arrives at a house during a robbery, he has to fight his way out and save the family, or else Christmas will be ruined. It comes out in theaters on December 2. It’s one of the upcoming Christmas horror movies you should watch this holiday. 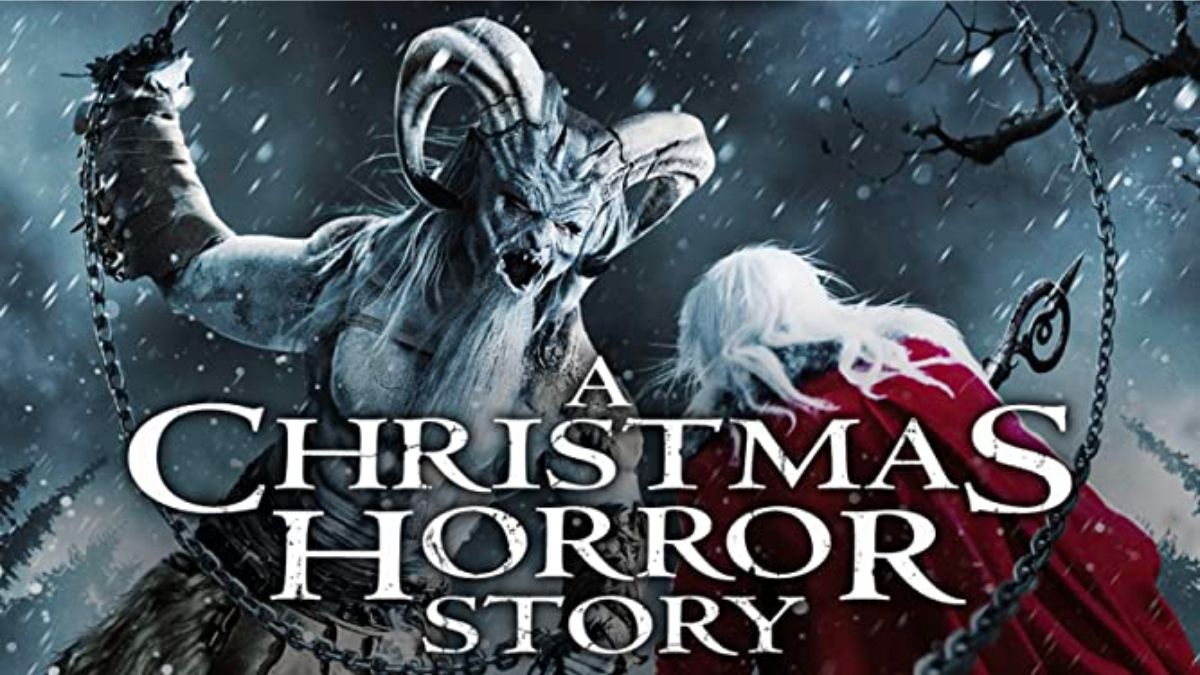 A Christmas Horror Story, while not as good as Halloween’s Trick ‘r Treat, is one of the decent scary Christmas movies. The anthology doesn’t have the same love and appreciation for the season that makes Trick’ r Treat an easy film to enjoy. Nevertheless, where it falls short in script quality, it makes up for well-chosen actors and actresses.

Having each subplot unfold simultaneously arguably hurts the film’s coherence. For example, one of them is a horror comedy in the style of Evil Dead 2, which is tonally different from the other more severe and grounded plots.

Admit it– you always wanted to see Santa dismembering his elves. Although the stories in A Christmas Horror Story don’t link up substantively, save for a bit of last-minute trickery, each self-contained tale is executed well enough to overcome a meagre budget. The original 1996 movie, Jack Frost, didn’t make it to this list because the sequel is even crazier. Jack Frost is reborn in the first movie–thankfully to a spilled cup of coffee–with new abilities, including dividing into a pack of snowball children that crave meat, much like in Critters. Even though Shockingly low-budgeted films aren’t usually sincere, this film still attempts to be both comical and spooky while also looking Visually like it was made for a high school project.

In budget-less video shoots shot on grainy VHS, you can only find visuals as tawdry as this film. If The Days of Our Lives ever did an episode with a murderous snowman, it would look like this. As if the story couldn’t get any stranger, the villain shares various traits with our hero–including an allergy to bananas. His one weakness ends up being comic relief for the audience. You’re in for a good time here, albeit a goofy one. So, you have the plot, not it’s time to enjoy one of the best scary Christmas movies with your friends. 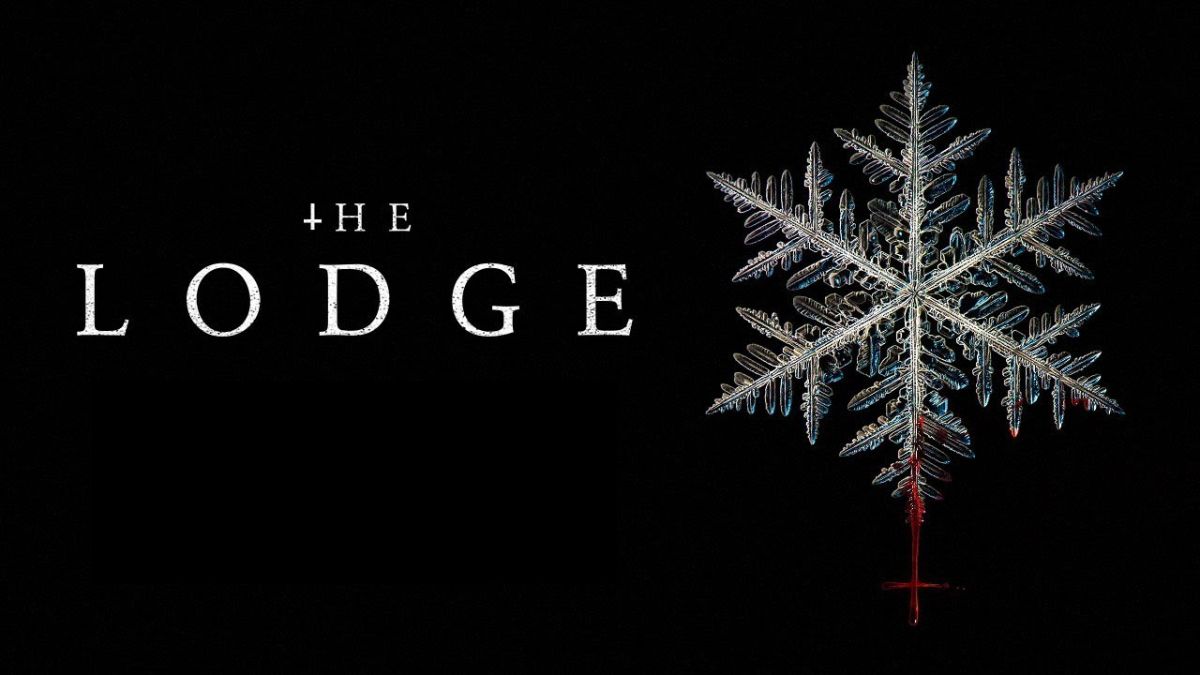 Franz and Fiala have an excellent eye for composition and spooky imagery, as well as working together. Riley Keough, their lead, along with co-stars Jaeden Martell and Lia McHugh, all perform really well under the genre’s more challenging conditions. They manage to keep up the feeling of unease throughout The Lodge by using its meticulously curated visual design, which makes it look highly realistic; You might even feel like you could reach through the screen and touch things.

The Lodge has feeble storytelling but is still one of the best Christmas horror movies. However, details such as these give it some structure. If nothing else, they make it easier to excuse odd script-level choices. Ultimately, The Lodge dabbles with too many ideas before settling on the least intriguing one, leaving any prior buildup feeling like wasted effort. 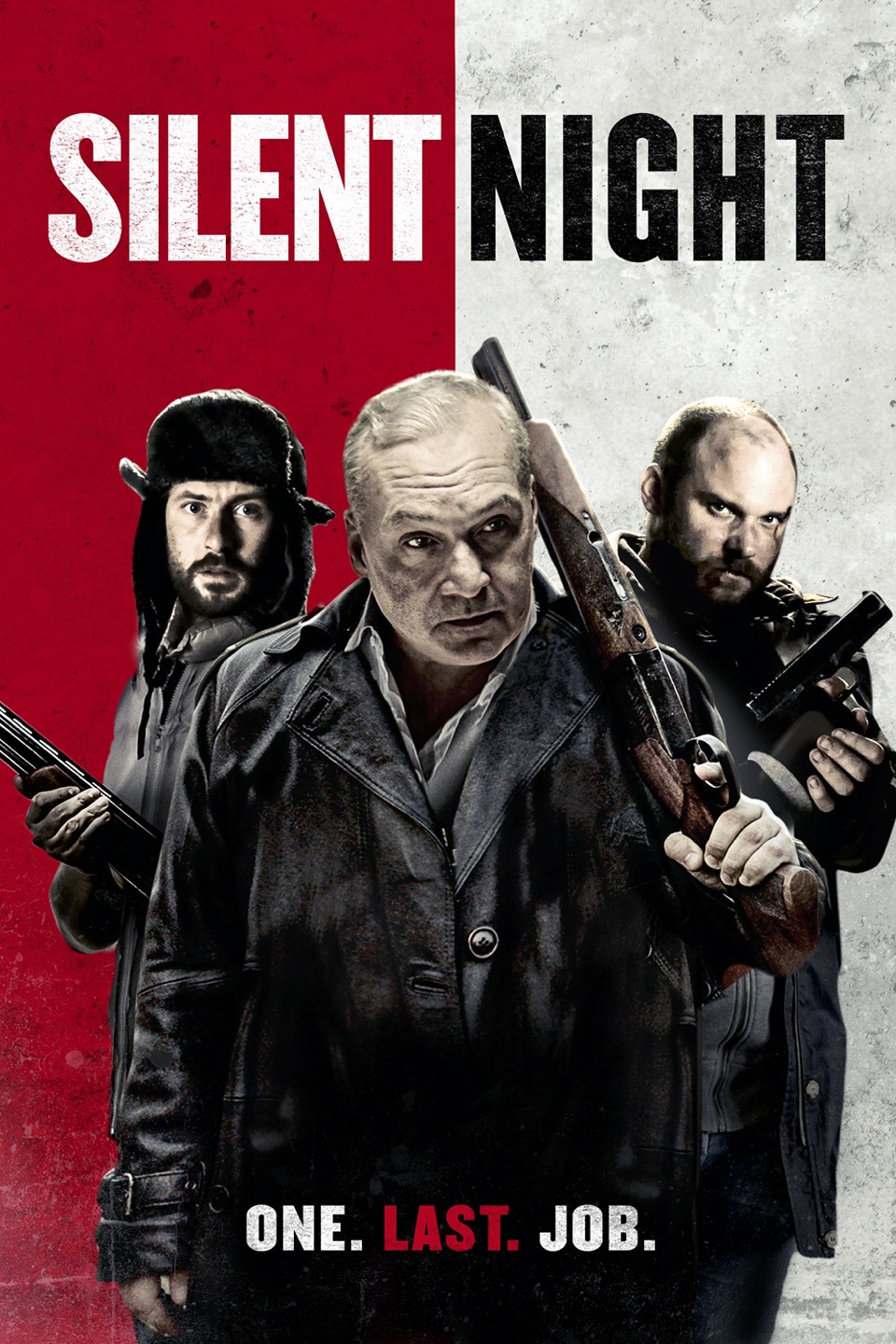 This horror movie has an added sense of dread, as it stars Matthew Goode and Kiera Knightley. The film follows a group of friends who spend one last Christmas together before an environmental apocalypse rends the world asunder.

A family invites their closest friends to spend Christmas with them at their picturesque home in the English countryside. As they catch up, it feels like old times — but something isn’t right. The world is ending, and no amount of presents, games, or wine can make humanity’s destruction go away. Just making it through the holidays just got a lot harder. The plot is compelling enough for you enjoy it as one of the best scary Christmas movies this holiday. 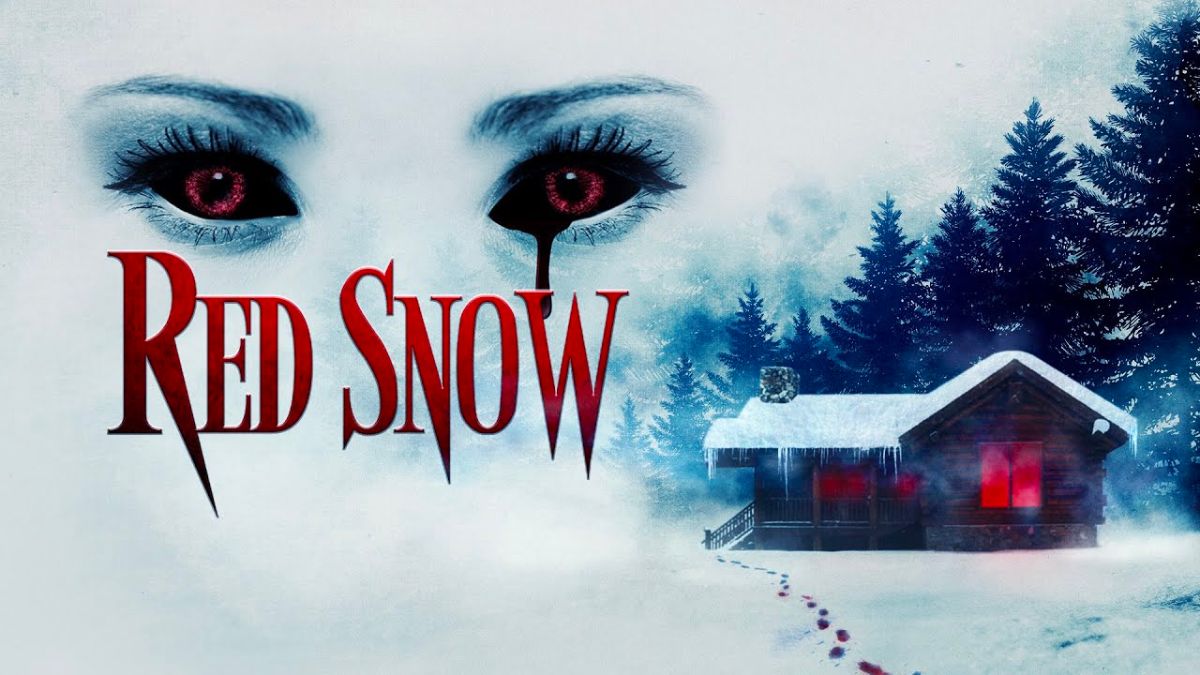 This holiday horror comedy is a unique take on the season, mixing vampires and Christmas. (Santa and Dracula: both immortal.) In this story, Olivia Romo is a struggling vampire romance novelist who spends her Christmas holidays alone at her deceased mother’s cabin in Lake Tahoe. One night, an injured bat slams against her window. Olivia takes the wounded animal into her garage to nurse it back to health. The following day, she is surprised to discover that the bat has transformed into a handsome vampire named Luke.

Olivia visits the local butcher to stock up on pig blood to feed her new house guest, a vampire who is weak from hunger. Soon, the vampire is up on his feet and talking. The unlikely companions get to know each other and form a tenuous friendship. But Olivia grows suspicious of Luke’s intentions as his past begins to catch up with him. The storyline, hopefully, should be good enough for you to add it to your favorite scary Christmas movies list. 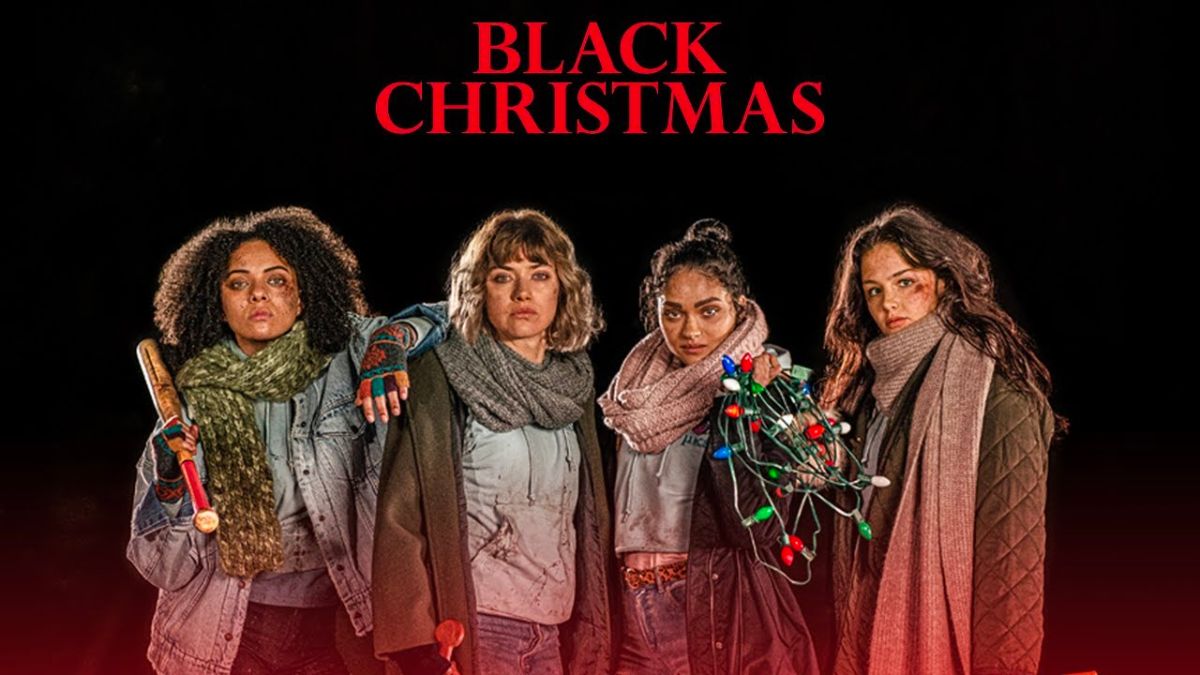 There are three options for watching Black Christmas: 1974 original with Margot Kidder and Olivia Hussey, the 2006 remake directed by X-Files alum Glen Morgan or the most recent take on the material from 2019. With a female writing/directing team of Sophia Takal and April Wolfe, all versions of the film follow a group of sorority girls stalked by a terrifying stranger during their Christmas break. All in all, all the versions of these scary Christmas movies are watchable. A man named Steve, pure Halloween style, has locked someone he believes to be the devil in his basement. But things take a turn when his brother and sister-in-law unexpectedly show up for the holidays. Will Steve be able to get them to believe him? It’s all thrilling and suspenseful in one package. That’s why this film gets the final spot on the list of Scary Christmas movies this year.

Check: The list of Top 10 Christmas Movies on Netflix