Jainism is one of the religions that share a lot of things and concepts with the Hindu religion. For example, they believe in the incarnation, Karma, the cycle of life and death and various other things. The religion was founded by Vardhamana Jnatiputra, also known as Nataputta Mahavir. Almost 0.4% of India’s population follows Jainism while visiting Padampura Jain Temple and it has now become the 6th largest religion in the nation.

Like Hindus, Jains also believe in praying and worshipping god. As a result, several magnificent Jain temples can be found across the country. Padampura Jain Mandir is one of the architectural marvels that is visited by a huge number of masses. The visitors include both Jains and Non-Jains. 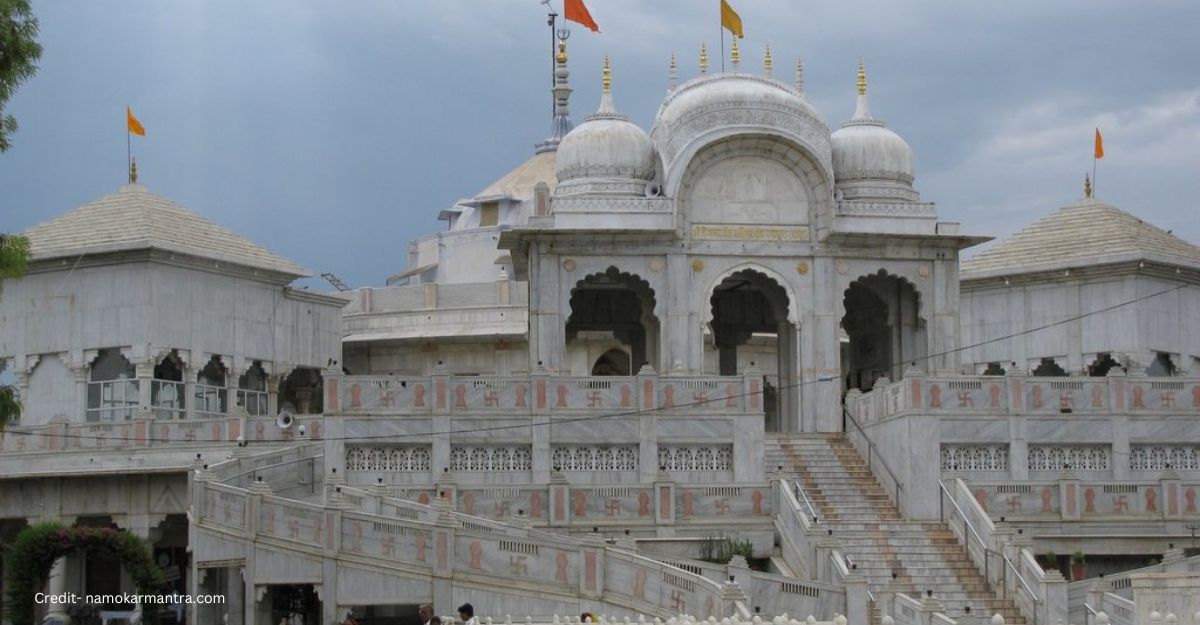 With an area covering 50,000 sq. feet, and approximately 4,600 sq. metres, the Padampura Jain Temple is located in Jaipur. The temple is dedicated to Padmaprabha who was the 6th Tirthankara. His idol is made out of red stone with a lotus emblem embedded in it.

The temple is considered the most peaceful Atishaya Kshetra, which means place of miracles. Besides that, People believe that offering prayers to god in this temple helps a human to develop mentally as well as physically. Last but not least, several tales of sound happening are associated with the temple, marking it as a sacred place. 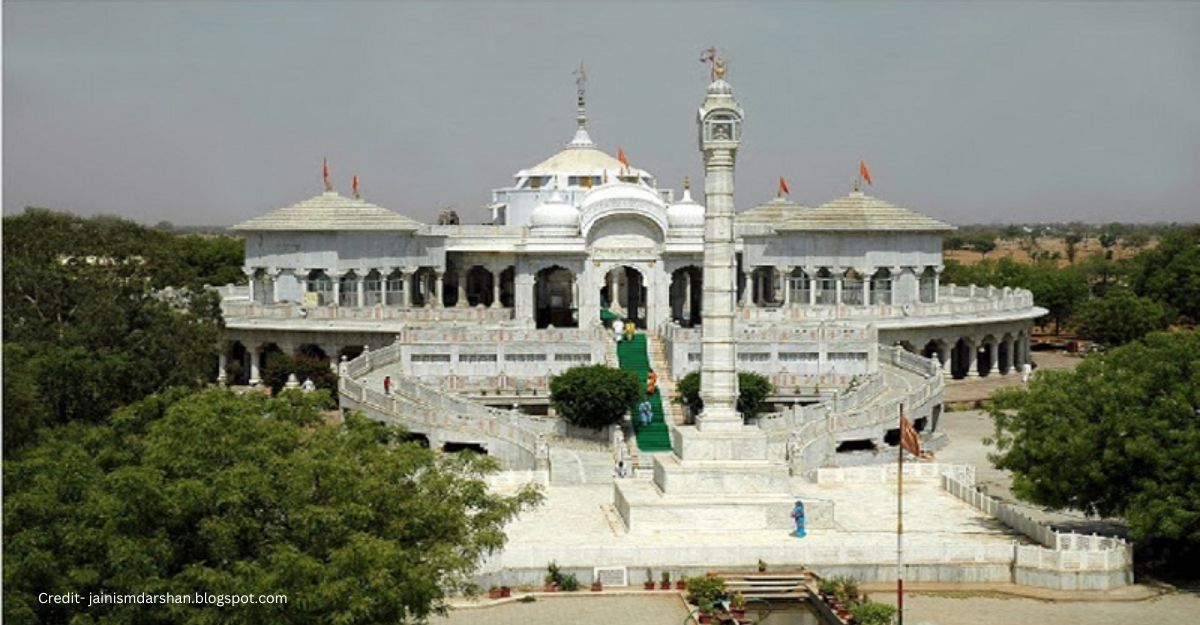 One can visit the impressive monument by visiting Chakasu Tal which falls in the Jaipur district of Rajasthan. Some travelling and lodging facilities are available nearby, including Padampura Jain Temple Dharamshala. The distance between the capital city of Rajasthan, Jaipur and the temple is only 35 Km. The temple is established near the Jaipur-Kota road.

The sect of the temple is Digambara. Also, the place observes a great crowd and rush on the premises during Mahavir Jayanti. Apart from this, gatherings on Vaishakh Shukla and other fairs are also hosted at this temple. These are attended by thousands of people. As a result, plan a visit to Padampura Jain Temple today and feel the magic of the Lord’s blessings.

The temple’s administration follows the general timings that are commonly used by such holy places. The monument is open to visitors in Morning at 5:30 AM and should be visited before 8:30 PM. However, the fundamental Padampura Jain Temple timing  that all Jain temples follow is the Sunrise to sunset.

In Jainism, a devotee is not allowed to offer his/her prayers to god after sunset or when it turns dark. This rule is strictly followed in all Jain temples. When it comes to tourism, the temple ranks 82nd among the other 1,764 tourist destinations. The first idol of the temple was discovered by Moola Jat. He was a common villager who was digging the ground to lay the foundation of his new house. After finding the idol, the villagers decided to worship the god. Soon, the place got popular among Jains which later turned into a temple. The incident happened in 1944 CE.

Many positive changes in the lifestyle and condition of the villages were seen at that time. For instance, the crop cycle and its production were at their peak while the death of animals and spreading of disease were also stopped. Jaipur is a dry area that also suffers from a shortage of water but after the establishment of the Padampura Jain Temple, all the problems regarding the water were fixed.

The temple is equipped with many idols and statues. In the initial days, the building of the temple was not very fascinating and thus, was not able to attract many tourists. Until the temple was funded by Mahorilal Godha.

Mr Godha was a wealthy businessman who donated his money to develop the temple. With a spire of 85 feet in height, an eye-catching circular temple was built with marble. Later, the idols of different gods were placed in the temple. However, the 27 feet colossus of Padmaprabha remains the main attraction in Padampura Jain Temple which is in Kayotsarga posture.

How to reach Padampura Jain Temple from Bikaner?

The cheapest way of getting to Padampura Jian temple from Bikaner is by boarding a train. It would cost only INR 675 – 1650 as a fare for one side. While many choose taxis or private vehicles for the same. 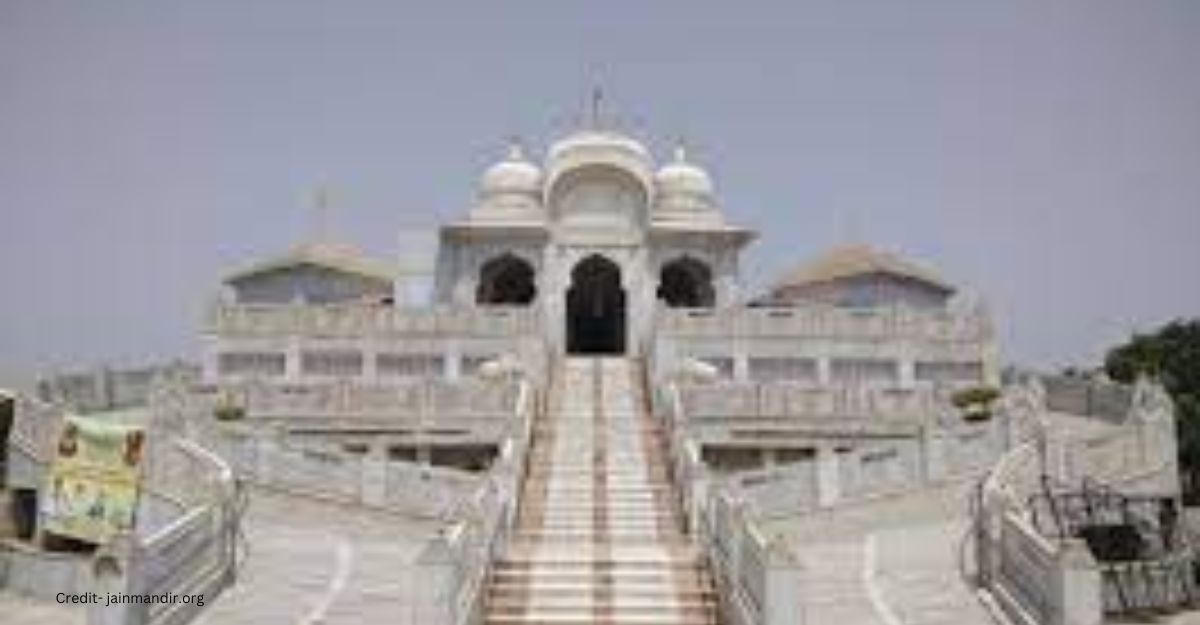 Train, taxi, flight and personal vehicles can be used to travel from Bathinda to Padampura. On average 8 hours, and 10 minutes would be the duration of the journey. However, the recommended mode of transport would be the train, due to its lesser cost and time taken.

How to reach Hutheesing Jain Temple from Hisar?

Hisar is approximately 341 km away fromPadampura Jain Temple. The train can be used by tourists who want to spend the least on transportation. It costs only INR 450 – 1350 to travel by train. At the same time, taxis, flights and private vehicles can also be used. 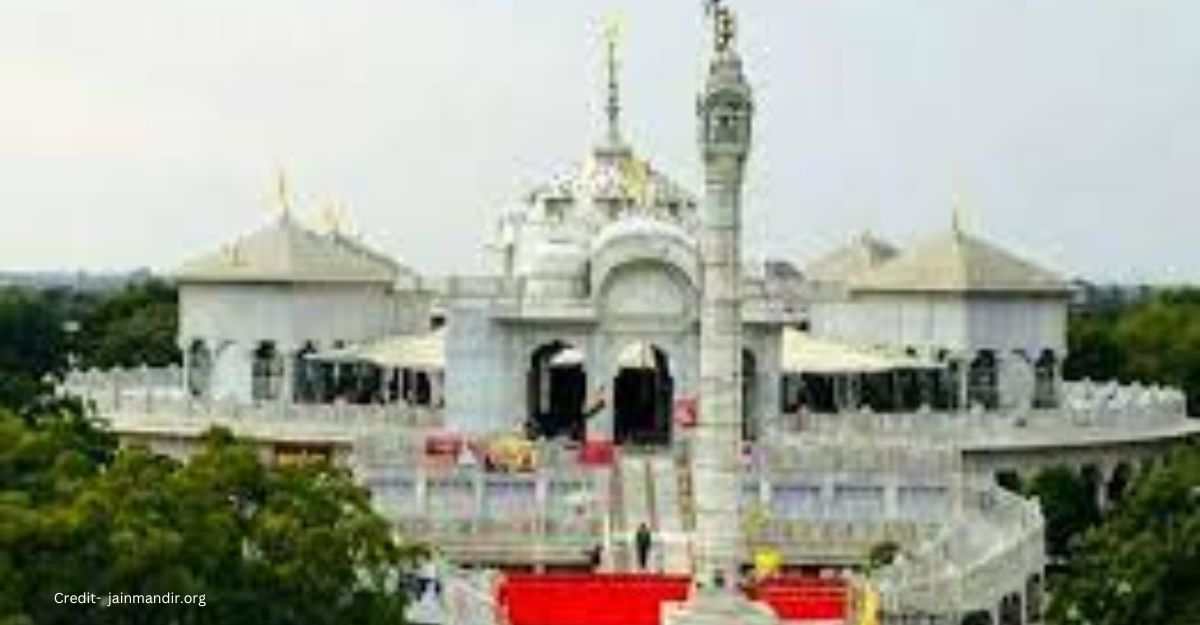 The hotels and lodging service providers offer decent staying facilities near the temple. Rooms of various categories are available with them. A tourist can find staying facilities from a price of INR 506 per night to INR 4,323 per night by Padampura Jain Temple room booking. Some of the hotels and Dharamshala provide a complimentary pick-up and drop service to the temple as well. 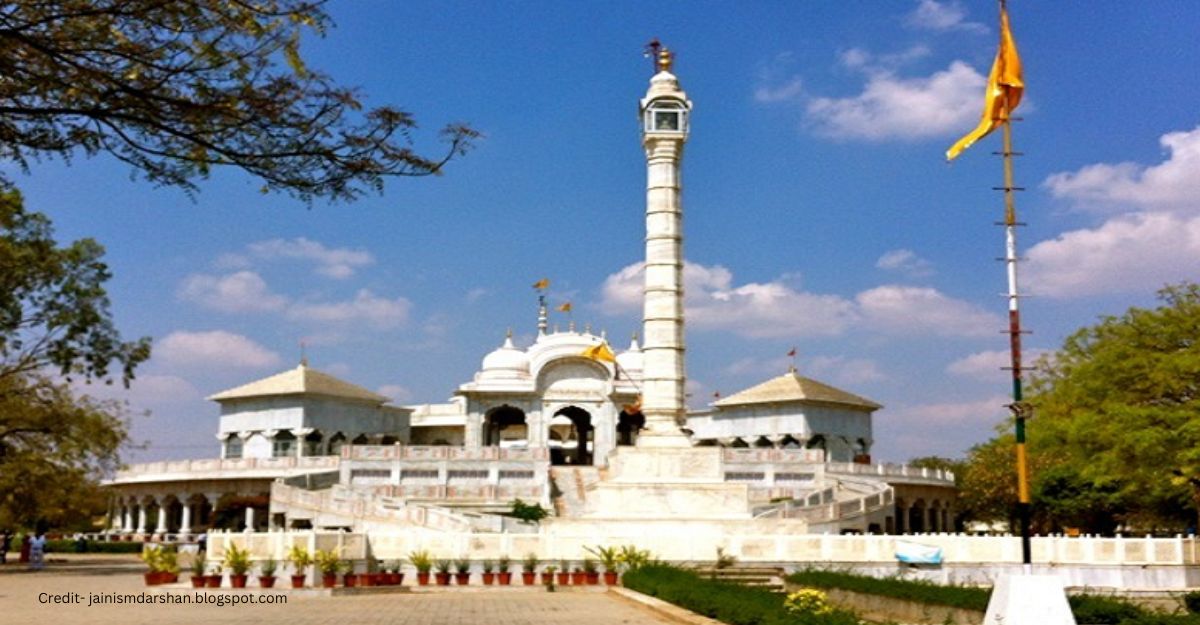 1) What is the exact address of Padampura Jain Temple?

2) What are the opening and closing timing for Padampura Jain Temple?

3) What are the contact details of Padampura Jain Temple’s management?

4) In case of any suggestion or complaint, who is the governing body of the temple?

The temple is maintained by the Atishay Kshetra Padampura Management Committee. Raising funds, looking after the management and other operations to keep the temple functional is the main duty of them.

5) What is the best time to visit the Padampura Jain temple?

There is no specific season to visit the Padampura Jain Temple. However,  if someone is keen to see the culture and heritage of Jainism then visiting during Vaishakh Shukla 5, Falgun Krishna 4 and on the day of the function at Vijayadashami will be advisable.