Jainism is one of the oldest Indian religions. It teaches all living beings the path of spiritual integrity and enlightenment via disciplined non-violence. Jainism, together with Hinduism and Buddhism, is among the three most ancient Indian religious traditions which are still practiced today. And they are an important aspect of South Asian religious belief and practice. Mangi Tungi Jain Temple is one of the famous places which is to be visited at least once in a lifetime.

Non-violence is considered the highest level of religious practice by Jains. Jains, for example, strictly adhere to vegetarianism in order to prevent injuring animals. To prevent harming small insects and creatures, the ascetics do not even boil their food. This ancient site is made of two hills, Mangi and Tungi. The main idol in the temple is Lord Parshvanath with 3.8 feet in height. It seemed on a poster. Many inscriptions on the rock in the Sanskrit language may be found at the ADINATH & SHANTI NATH Caves, although they are not clear. There are many inscriptions found on the idols of Mangi Tungi Jain Temple Maharashtra, although most of them have faded over time due to degradation.

Many tourists come from different places to visit this beautiful place. To reach the Peak top, you need to cross around 4,500 stairs by foot, which is rich in historical and religious relics. There are other caves named after notable saints like Mahavir, Shantinath, Parshwanath, Adinath, and Ratnatrya.

During September and October, a magnificent fair is conducted here, in which Hindus and Jains gather in vast numbers to see the grand Ratha yatra. Witnessing the Ratha yatra in Mangi Tungi Jain Temple is like a visual wonder. Mangi-Tungi Jain Temple is a conspicuous twin-pinnacled mountain with a plateau in between, about 125 kilometres away from Nasik, Maharashtra, India. Apart from that, Mangi, at 4343 feet above sea level, is in the western pinnacle, while Tungi, at 4366 feet, is in the east.

Mangi and Tungi are two hills in the Maharashtra Sahyadri Hill Ranges. ‘Shri Mangitungi Digamber Jain ShiddaKsetra’ is the name of the temple in Mangi Tungi. It is one of the jain biggest temple dedicated to Shri Adinath Bhagwan. These two peaks are renowned in Jain religion and culture.

Mangi Tungi Jain Temple relates to the names of two summits, Mangi and Tungi. Mangi Tungi total steps are around 3600, and on the way down, one can see Rishabh Giri, which features a recently constructed 108′ Idol of Lord Rishabhdev. It is best to begin climbing early in the morning, around 5 a.m., to provide enough time to cover all three spots before it becomes too hot throughout the day. Tungi’s ascent is more difficult than Mangi’s. The temple is open for visitors around the calendar year. 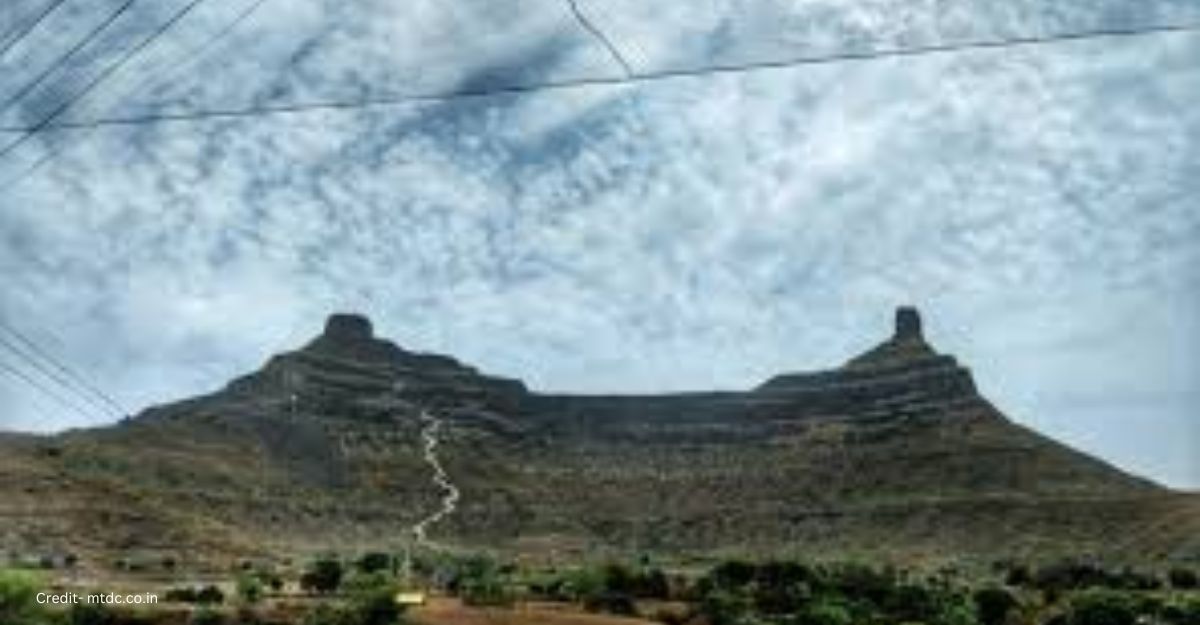 Mangi Tungi is a well-known pilgrimage place. It is a Siddha kshetra, which implies it is a gateway to enlightenment. The ancient tales tell individuals who are spiritually inclined and seeking the road of enlightenment at the Mangi Tungi Jain Temple. According to the history of the temple, more than 90 crore saints gained Moksha or enlightenment in this place.

From this Siddha Kshetram Mahaneel, Gavaksha, Gava, Hanuman, Sugriva, Lord Ram & Sita attained Moksha. Lord Krishna and his brother Balram also attained freedom from the world from this place. Even now, a shrine sits in that location. After being completely disillusioned with this worldly existence and recognizing that it was the forest, Sri Balramji went to heaven while practising great austerities.

There is a belief that people who got Moksha from this place won’t return to the world and enjoy internal spiritual bliss for infinite time. Besides that, this ancient site is made up of two hills, Mangi and Tungi. There are presently three temples at the base of the mountain, two of Shri Parshvanath Bhagwan and one of Shri Adhinath Bhagwan.

In addition, it is difficult to determine the age and time of this shrine. It is clear from the idols, caves, water reservoirs, and inscriptions in semi-Magadhi and Ardha-magadhi writing unearthed on this mountain that the Mangi Tungi temple history is thousands of years old. 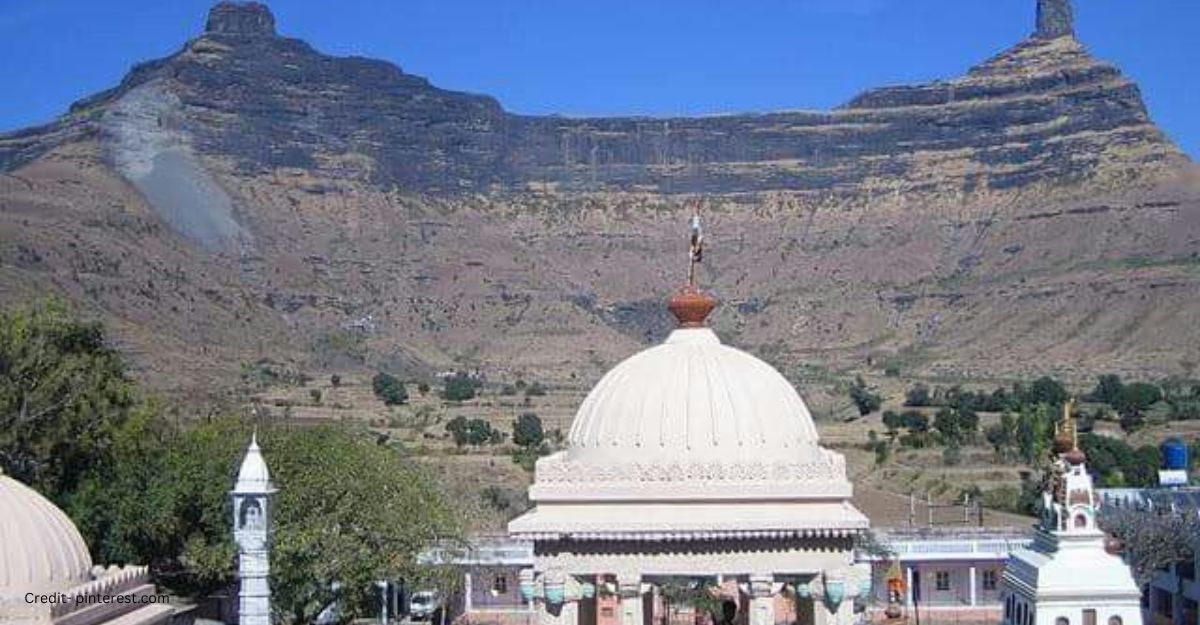 However, there are a handful of mountains in India which have so many caves, old sculptures, and water reservoirs. The Mangi Tungi Jain Temple region is a remarkable treasure gem of antiquity. This site is tough to put into words. The antique artistic Jain statues of Tirthankaras and saints, and artistically carved representations of gods and goddesses in several dancing moods and positions discovered in caves, are rarely seen anywhere else.

Additionally, Inscriptions in Sanskrit and Magadhi languages may be discovered across the area. In Mangi, a pond called Krishna Kund is said to have witnessed Lord Krishna’s last days.

In addition to this, the path leading from the archway to the right goes to Tungi Giri. Tungi Pinnacle towers over Mangi. On the route, there are two caverns and five temples. Finally, the beauty of stones carved by Takshas and Yakshanis attracts the pilgrims. 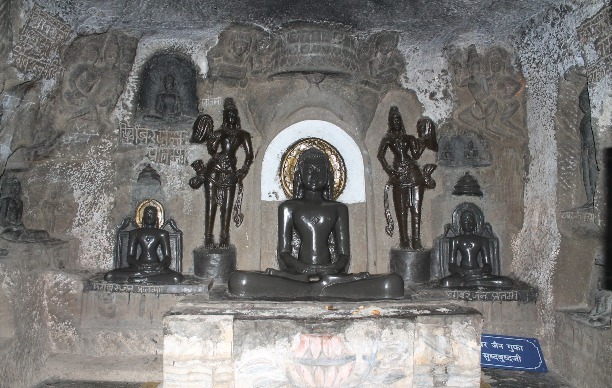 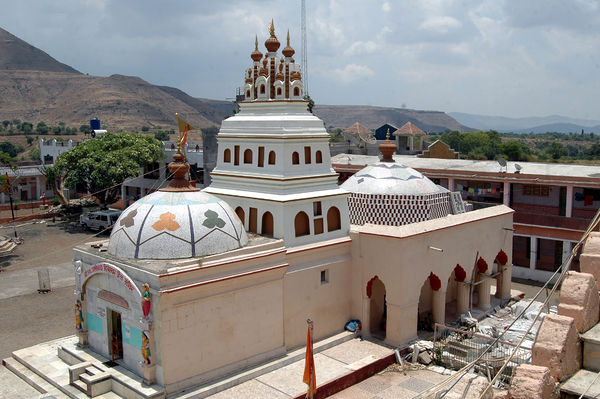 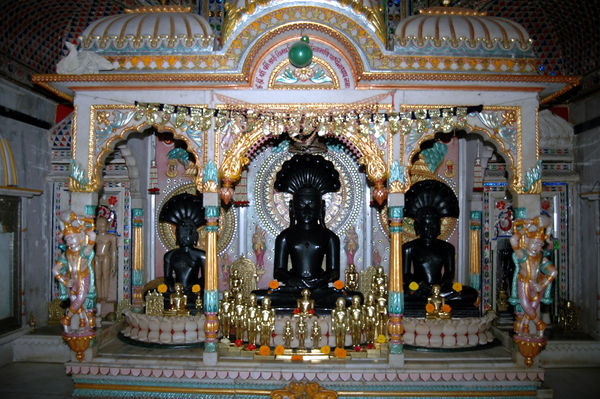 How to reach Mangi Tungi Jain Temple from Nasik?

The Mangi Tungi Jain temple is just 120 km away from Nasik. The cheapest way to travel to the temple from Nasik is by bus.

How to reach Mangi Tungi Jain Temple from Dhule? 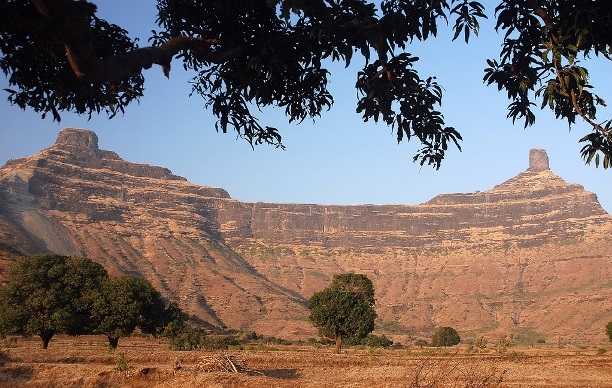 Dhule is 90 KM away from the Mangi Tungi Jain Temple. Both bus and train transport facilities are available to reach your destination. If you want, you can go by car also.

How to reach Mangi Tungi Jain Temple from Mumbai?

Mumbai is 289 KM away from the Mangi Tungi Jain Temple. You may get there by your vehicle, bus, or train. It will be around a 5-hour journey. 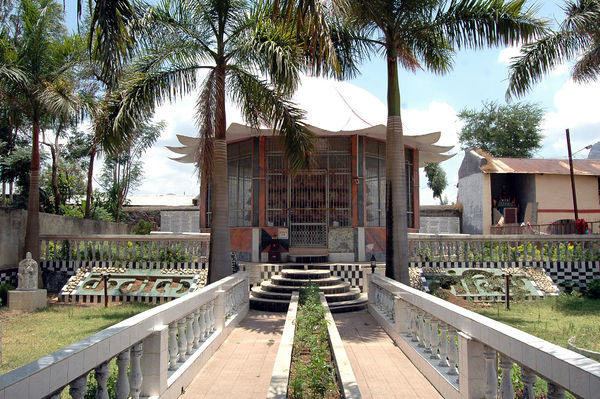 For accommodation, you can contact Mangi Tungi Dharamshala Booking. ‘Mangitungi.org’ allows you to book the dharmshala room online. It is located at the foot of Mangi Tungiji Hill and is operated by the Shri Mangi Tungiji Digambar Jain Siddha Kshetra Committee Trust.  The food provided is quite basic, however, there are some decent quality fruits sold by villages and locals. 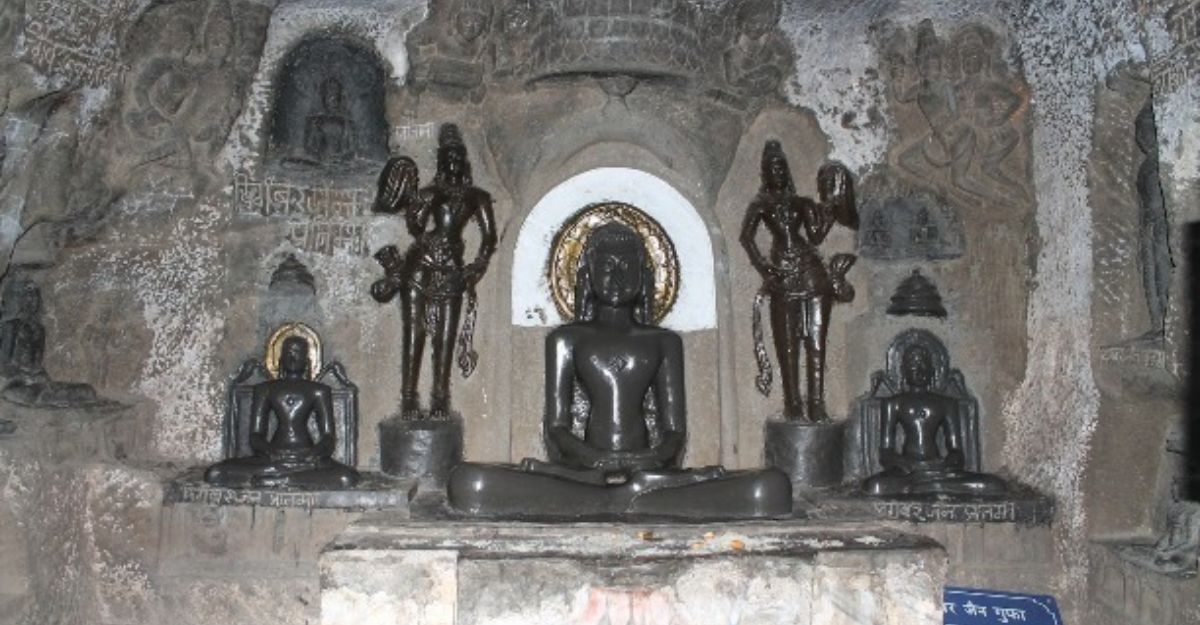 1) What is the best time to visit Mangi Tungi Temple?

The temple will be open 7 days a week round the year. It is best to begin climbing early in the morning, around 5 a.m. Because it provides enough time to cover all three spots before it becomes too hot throughout the day.

2) What is the opening and closing time of Mangi Tungi Jain Temple?

Post covid there is a doubt in many visitors about whether Mungi Tungi is open or not. If you are planning to visit the temple, then you can happily go. The Temple is officially available to the public to visit. The temple opens early in the morning and is closed by 8:00 PM.

3) What are the contact details of the Mangi Tungi temple committee?

4) What is the exact address of Mangi Tungi Jain Temple?

Shri Mangi Tungiji Digambar Jain Siddha Kshetra is located in the Baglan tehsil of Maharashtra’s Nashik District. It is located on the Delhi-Bhopal-Khandwa core rail route, 10 kilometers away from Tahrabad (Satana- Tahrabad). Nashik.

5) In case of any Suggestions or complaints, who do we need to contact?

For any complaints and suggestions regarding the Mangi Tungi Jain temple, email at upendra[dot]lad[at]gmail[dot]com or call at +91 9422754603. If you are planning to visit the temple, then you can happily go. The Temple is officially available to the public to visit. The temple opens early in the morning and is closed by 8:00 PM.

3) What are the contact details of the Mangi Tungi temple committee?