You may be blundering if you overlook these tiny ants creeping in your backyard. Fire ants, popularly known as ginger ants or tropical fire ants, can be dreadful if left untreated. Apart from their stingy bites, they can cause colossal damage to your house property, crops, and livestock. You may have to make extravagant spending on infestation treatments to flush them out of your house and even on medical treatments if you fall prey to their fury.

What Are Fire Ants? Fire Ants belong to the Arthropods family and can be identified by the anthill mounds they build in the soil for their families. Their anthill mounds have openings from all sides unlike the central opening mounds built by the other ants of their species. There are more than 20 species of fire ants globally but in the U.S only two species of fire ants are found- Native Fire Ants and Imported Fire Ants.

The subspecies of Fire ants native to the U.S are-

Imported Red Fire Ants have been imported to the US from South America in the late 1930s through the ports of Alabama. 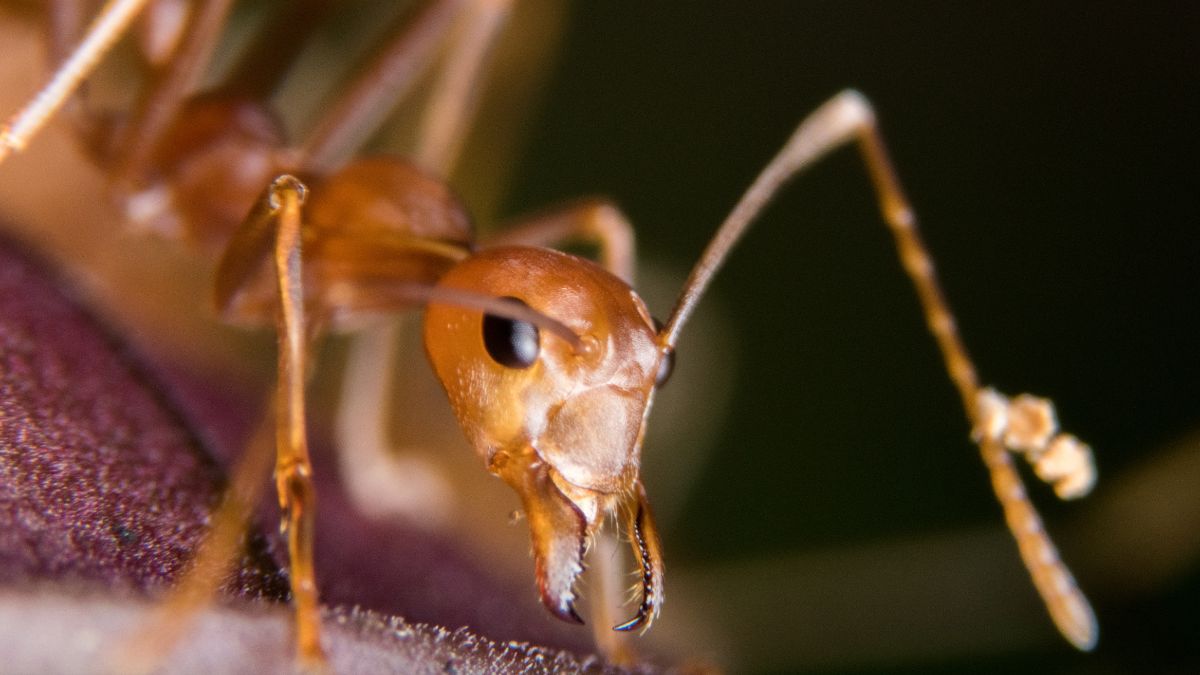 Fire ants resemble any other species of ants and their body is divided into three major sections- head, thorax, and abdomen. They have two tentacles and three pairs of legs. Native fire ants have some structural dissimilarities from invasive fire ants.

The Native fire ants have uniform sizes, varying from 0.06 inches to 0.25 inches. Their body color varies from bright red to black and the height of the hill mound they built varies from one to two feet.

The imported ants may vary in size as they are polymorphic ( there is a possibility of variation in genes). They may be red and black, black, or reddish brown.

Fire ants may be winged too. Alates or the reproductive ants are larger, develop wings for mating, and thereafter shed their wings after the mating gets over. Red Fire ants can build bigger mounds even up to three feet high and two feet in diameter. Their pedicel has two nodes and the Antennae has ten segments.

Where Do Fire Ants Live? 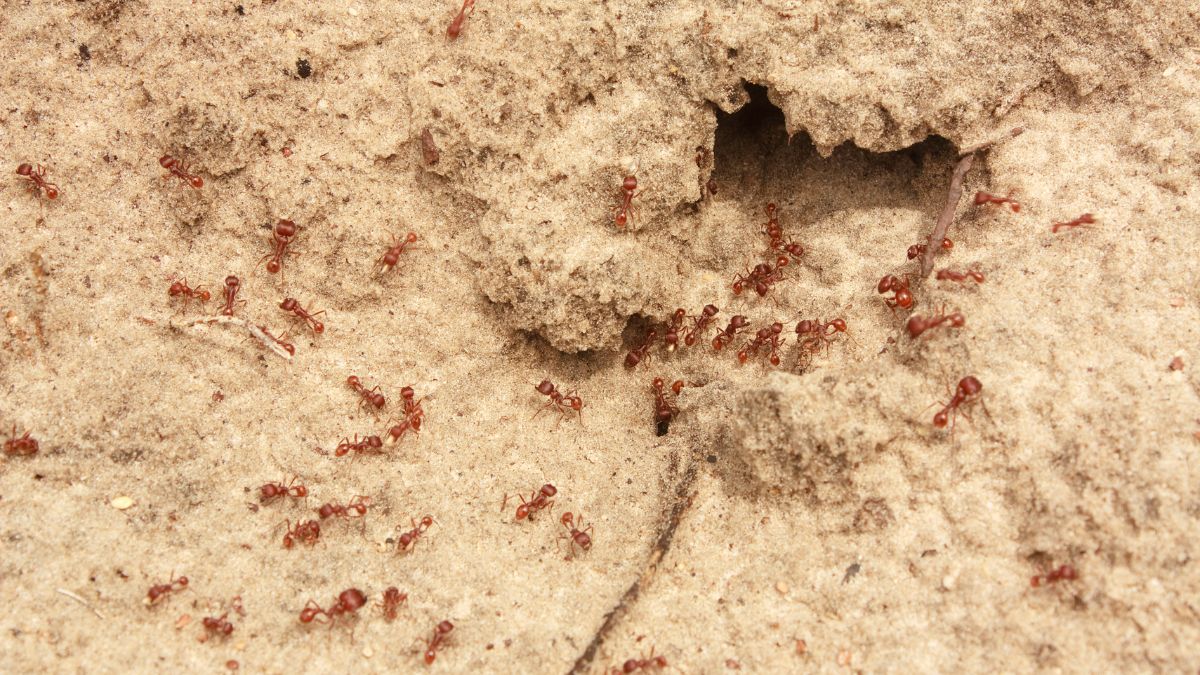 Fire ants are found in several places across the world but are most commonly found in South America and the southern parts of northern America. They love warm and sunny climates with plenty of rainfall. You will hardly find them in cold weather.

They build mounds in soft soil in sunny fields. The mounds function as their protection against high temperatures and protect them from heavy showers as well. They love damp places like leaking pipes, ponds, watered lanes, highway shoulders, etc.

What Do Fire Ants eat? Fire ants are omnivorous and they eat both plant food and animal protein. List of the food they are as below-

Fire ants feed upon plants and can cause severe damage to the crops like corn, soybean, etc thereby exerting a financial burden on farmers.

Fire ants feed upon scorpions if they can escape them else they become food for scorpions. They can eat spiders too.

Fire Ants prey upon several insects and their larvae and pests like butterflies, earthworms, etc.

Fire ants feed upon dead animals to get protein for themselves. They can also eat young mammals like rodents, calves, and birds.

Fire ants have a weakness for sugary items like Jam, Jelly, and sweet food items dropped on the ground. They also feed upon nectar and sweet secretion of insects. They enjoy eating pet food.

Yes, fire ants can not only bite but also give you nasty stinging pain that can last from days to several weeks. They can simultaneously use their jaws and stinger at the time of the attack. Red ants are comparatively more aggressive than native fire ants.

Fire ants bite when they pierce their mouth mandibles into your skin making a small cut or wound on your skin. The wound is generally too small to be seen through your naked eyes. Some species of fire ants can spray formic acid on the wound. This acid is as dangerous as the venom of a snake. It can cause severe skin allergies, swelling, itching, redness, and other such complications that can be painful and hurt longer. 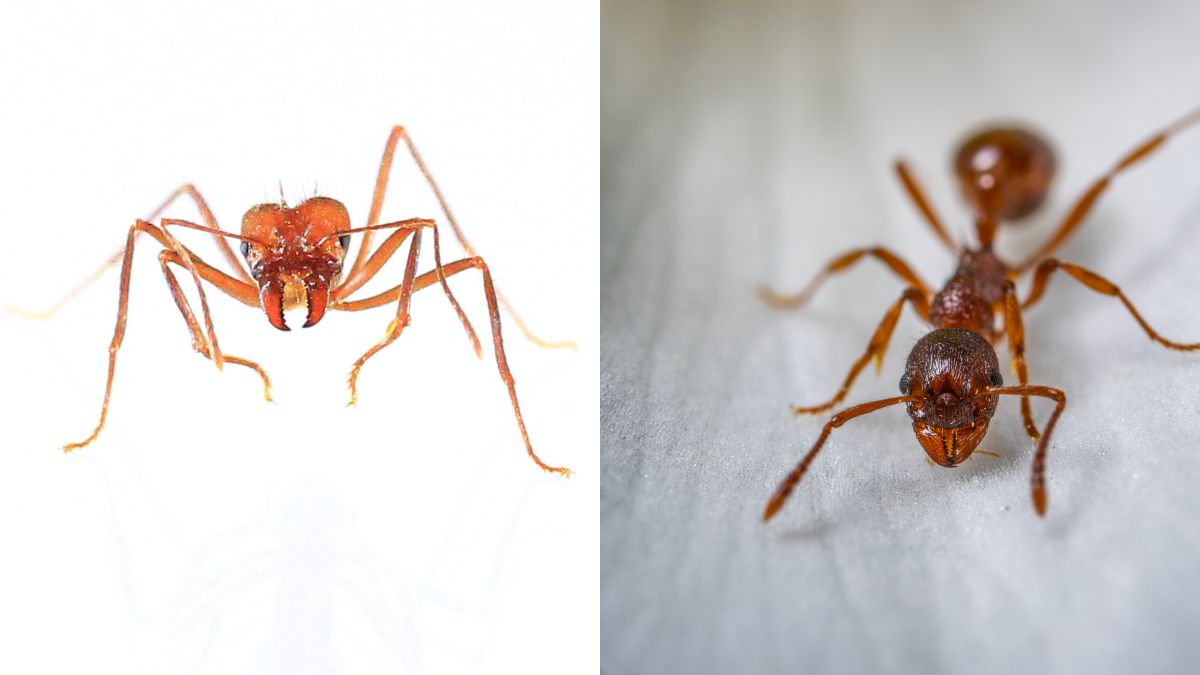 Both fire ants and red ants are aggressive species of ants. Both species of ants can cause serious harm with their dangerous bites and stings. Let us do a comparative study on Fire ants vs Red ants-

How To Get Rid of Fire Ants

It is quite difficult to get rid of the fire ants, as it is very difficult to track their exact position as they enter the mounds through underground tunnels.

One part of dishwashing liquid can be mixed with two parts of water. Fill this mixture in a spray bottle and spray over the entry points in the anthills. Soap solution is harmful to the ant’s exoskeleton and it dehydrates them.

Mix baking soda, water, and vinegar in equal parts and pour the solution into a spray bottle. Spray the solution over the areas infested with fire ants. The acidic smell of vinegar repels the ants and helps them to keep them away from your house.

When powdered activated carbon is sprinkled on fire ants, it dehydrates them. This powder contains marine macrophytes that tear off the exoskeleton and it leads to death due to loss of body fluids.

Now when you see some fire ants in your backyard, try using these homemade DIY solutions to safeguard your house valuables from being damaged by these notorious creatures. Exercise best precautions and never step on the anthill mounds as you may repent later. Fire ants are highly defensive for their nests so do not try to mess with them. If your homemade solutions do not yield results, do not hesitate to seek professional help from pest control services.