Directed by Peter Sohn and produced by Pete Docter and Denise Ream, Elemental is an upcoming animated and original feature film set in Element City “where fire, water, land and air residents live together”. Pixar released the teaser trailer on 17th November which made fans go gaga all around the world. With music by Heitor Pereira and Jennifer Chang’s art direction, Elemental will be Pixar’s 27th animated feature film. The teaser stars fire-element Ember, “a tough, quick-witted and fiery young woman” and water-element Wade,” a fun, sappy, go-with-the-flow guy” voiced by the ‘The Half of It’ actress Leah Lewis and the ‘Blackbox’ actor Mamoudou Athie respectively. 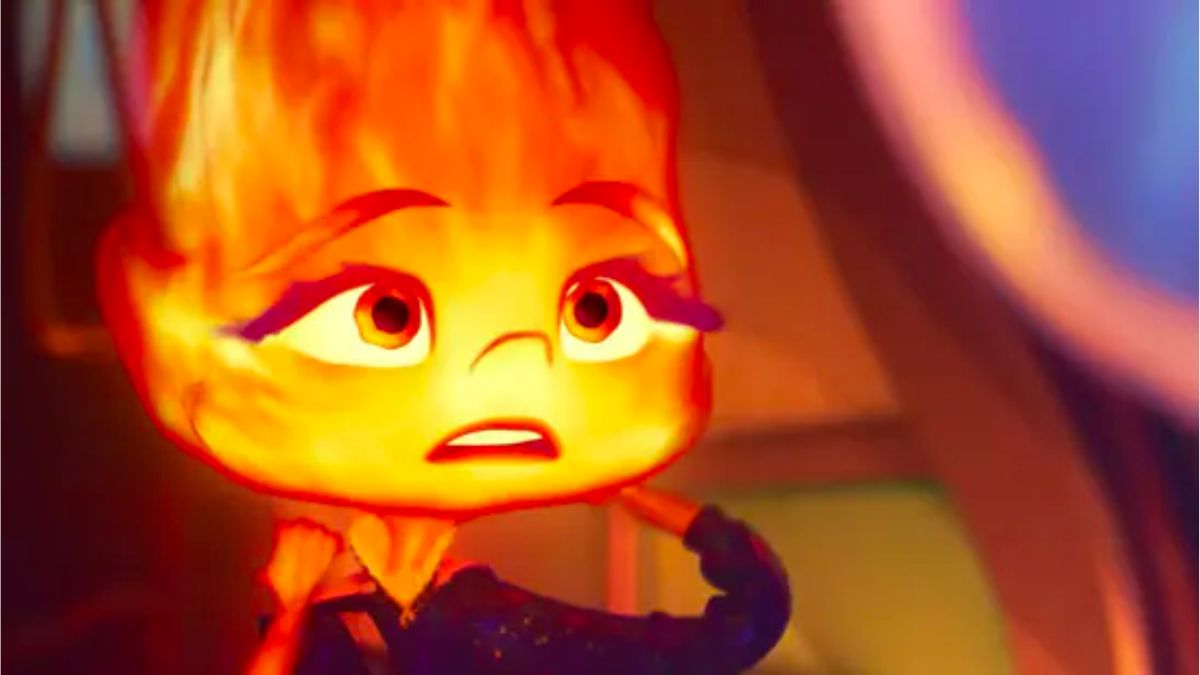 Pixar has always been known for its compelling stories and unforgettable characters, but this time fans cannot stop gushing over the whimsical designs and the flawless animations. It is the impressive minutiae of Ember being a fire element and wearing fire-resistant material that makes the wait for Elementals worth it.

The teaser kicks off with a subway approaching Element City, and Ember entering the train where there are all sorts of elements- air clouds, rose plants, tomato plants, grass with a bow, land plants with baby pots, cacti with a beanie covering its thorns and whatnot. Interestingly, Ember is the only fire element that can be spotted on the train. Towards the end, we can see Ember drop her headphones and when she bents down to pick them up, a drop of water fall on her hand making her skin sizzle. Her eyes meet Wade’s and a small smile plays on Ember’s lips. As they all say, opposites do not always have to be contradictory, they can be complementary as well.

A love story about two opposing elements can never go wrong until it does. Fans are exhilarated by the ‘I love you but cannot touch you’ trope along with loving the additions of realism that can be seen in the teaser trailer. We can expect a roller-coaster ride when it comes to Ember and Wade’s relationship. The anticipations are high, so get ready and buckle up because the Pixar production is all set to release in India on 16th June 2023.

Also read about: Will there be Insecure Season 6 or Not? Know Why!!!