The Oscar-winning director Damien Chezelle returns to Hollywood with a new film, “Babylon” starring Margot Robbie and Brad Pitt. The highly anticipated epic is set for limited release on December 25 and wide release on January 6, 2023.

Set in the glamorous world of Hollywood during the 1920s, the movie depicts the film industry’s shift from silent movies to “talkies” and gives a broad view of the mayhem that results as performers, directors, and others struggle to adjust to their new surroundings.

The trailer beings with snorting and ends with a dishevelled hair Robbie, staring as an aspiring actress Nellie LaRoy, offering to fight a snake.

Nellie LaRoy is inspired by Clara Bow, Jeanne Eagels, John Crawford, and Alma Rubens, four early “talkies” stars, all rolled into one. Whereas Pitt, the Oscar-winning actor for his work in “Once Upon a Time in Hollywood,” plays Jack Conrad, an old “uber-movie star” who draws inspiration from John Gilbert, Douglas Fairbanks and Clark Gable. 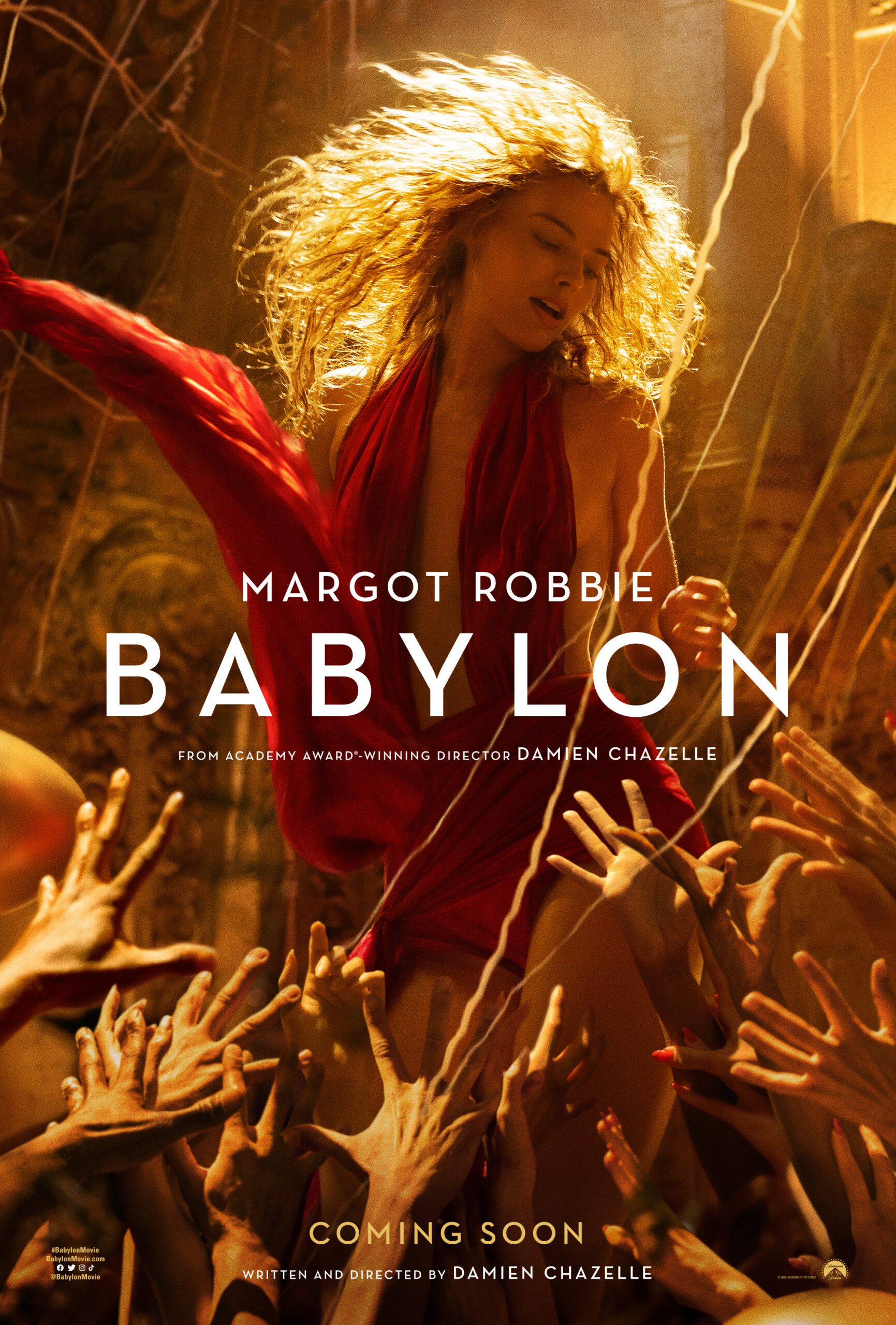 Filled with jazz, life and coke, it follows the rise and fall of numerous characters during a time of unrestrained extravagance and wickedness in early Hollywood, making it an Oscar Winning Contender. It is a story of great ambition and outrageous luxury with an ensemble cast of Diego Calva, Max Minghella, Tobey Maguire, Jean Smart, Flea, Spike Jonze, Jeff Garlin, P.J. Byrne, Samara Weaving and Olivia Wilde.

He wanted to capture how huge, audacious, brazen, and unrepentant the world was. “It was really a wild West period for these people, this gallery of characters, as they rise and fall, rise, fall, rise again, fall again. The thing that they’re building is springing back on them and chewing them up.” Chazelle talked about the themes behind “Babylon.” He also added that it was his first time doing an ensemble

According to Chazelle, “Babylon” is the hardest thing he has ever done.