As the date for the Municipal Corporation of Delhi (MCD) elections 2022 inches closer, Delhiites are busy researching the Congress MCD Candidate List 2022 who will be contesting the polls. Meanwhile, The ruling BJP and AAP both already stated explicitly about their 250-ward candidate lists in the interim on Friday and Saturday, respectively.

Similar to this, Congress (INC) party also revealed the list of 250 candidates for the next MCD Polls 2022 on Sunday night. The 250-ward MCD election of 2022 is slated to take place on December 4, 2022, and the results will be counted on December 7.

Anil Chaudhary, the head of the Delhi Congress, posted on Twitter, “I am pleased to announce the approved list of Congress candidates for MCD Election 2022. Best wishes to all warriors”. 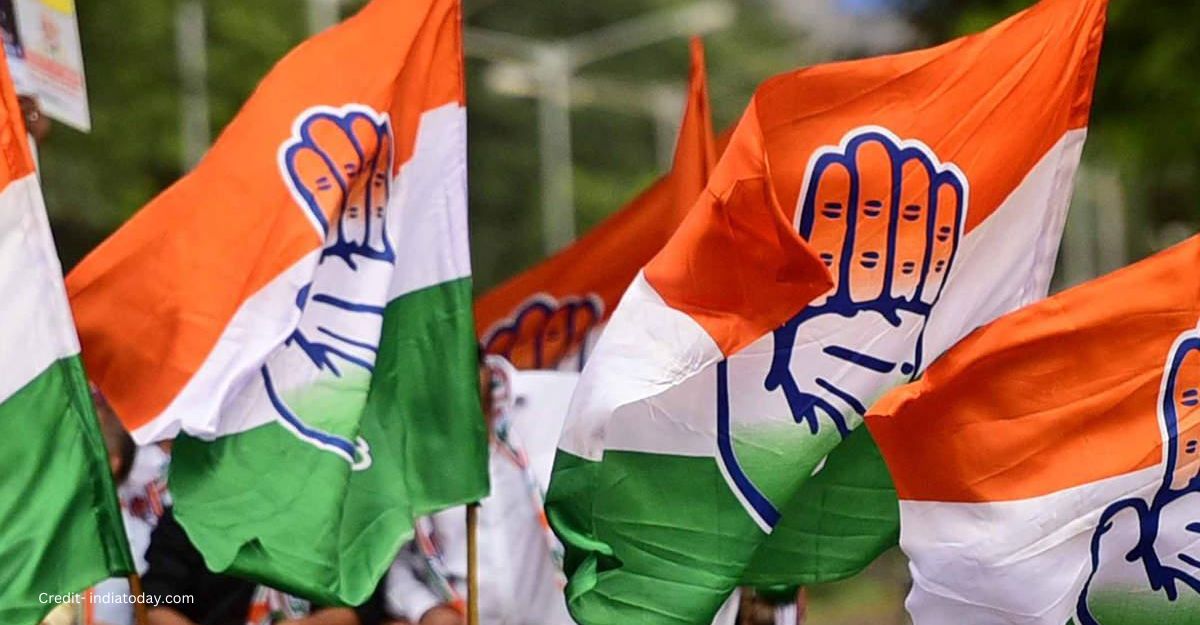 According to the news agency ANI, Congress President Mallikarjun accepted the Congress MCD Candidate List 2022.  While referring to the official list, Ward 86 in East Patel Colony has remained unoccupied. Additionally, the remaining list of 249 candidates was published on Twitter.

The complete Congress MCD Candidate List 2022, which the party made public, featured a number of unexpected new faces that were fielded for the first time.

Can Congress end the BJP’s 15-year hold on MCD? 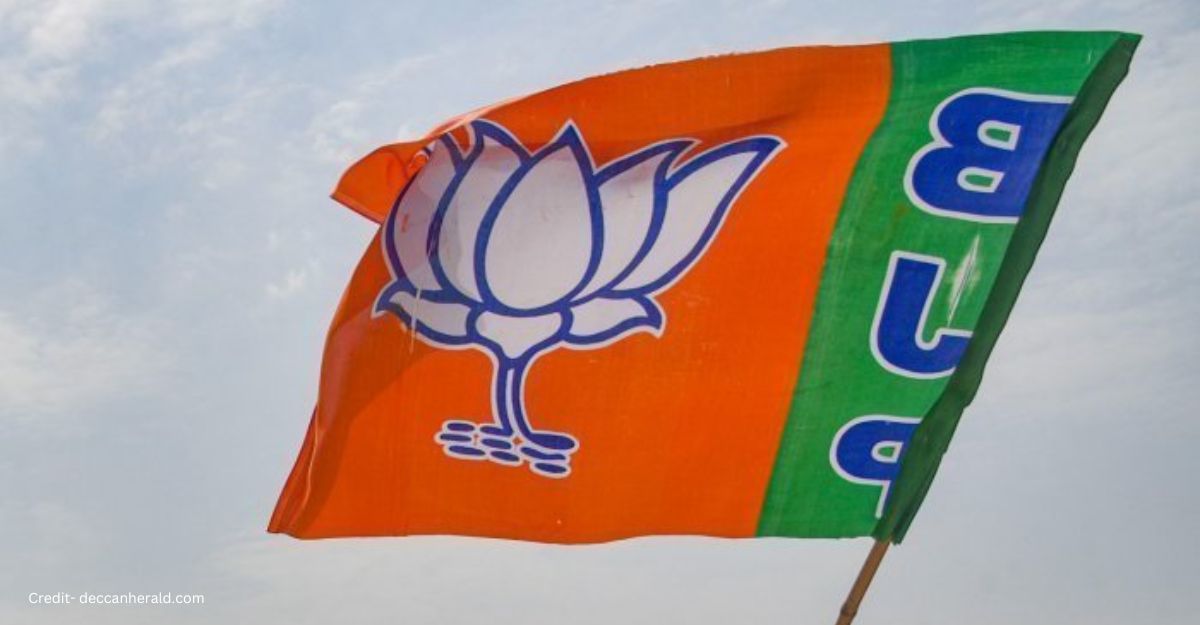 The BJP, which is now in power in the MCD, is expected to put up a fierce battle. Since 15 years, the BJP has had a greater stake in the vote count. The BJP won a sizable two-thirds of the wards in the most recent MCD election, which took place in 2017. Over the 250 seats in 2017, it spectacularly earned the maximum seats, reaching the seats till 181.

Even AAP, which entered the MCD elections for the first time, performed remarkably well. AAP also succeeded in winning 49 wards. On the other side, Congress’ vote total and winning wards have just reached 20. In this regard, the BJP party is well-represented in the city and is likely to garner a large number of votes.

So what? Additionally anticipated to perform well, the AAP may end up taking home the majority of the seats. However, after nominations on Monday, AAP is anticipated to go all out with its campaign, which was highlighted by chief minister Arvind Kejriwal on Friday in the “Kejriwal Ki 10 guarantees.”

The Congress hopes to reclaim the MCD elections after suffering a crushing defeat in the previous election. “Dil Jeeta hai, Dilli Jeetenge” will be their campaign slogan for the MCD elections. The Bharat Jodo Yatra, which enjoys a huge popularity among people, is linked to this motto.

In the meantime, the party has been working hard to win back voters’ support and is anticipating success in future elections. Thus, Congress has been mounting a vigorous campaign and is hoping positive polling results. 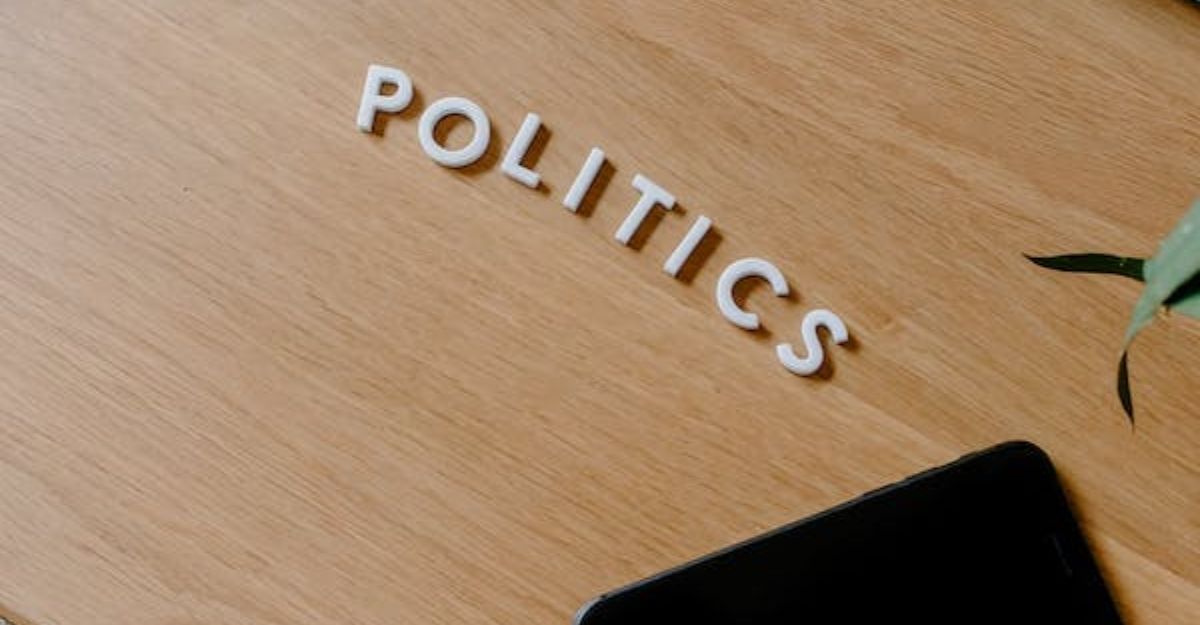 So if you’re one of the many Delhiites who are curious about the Congress MCD Candidate List 2022, be sure to check out the link we’ve provided below. 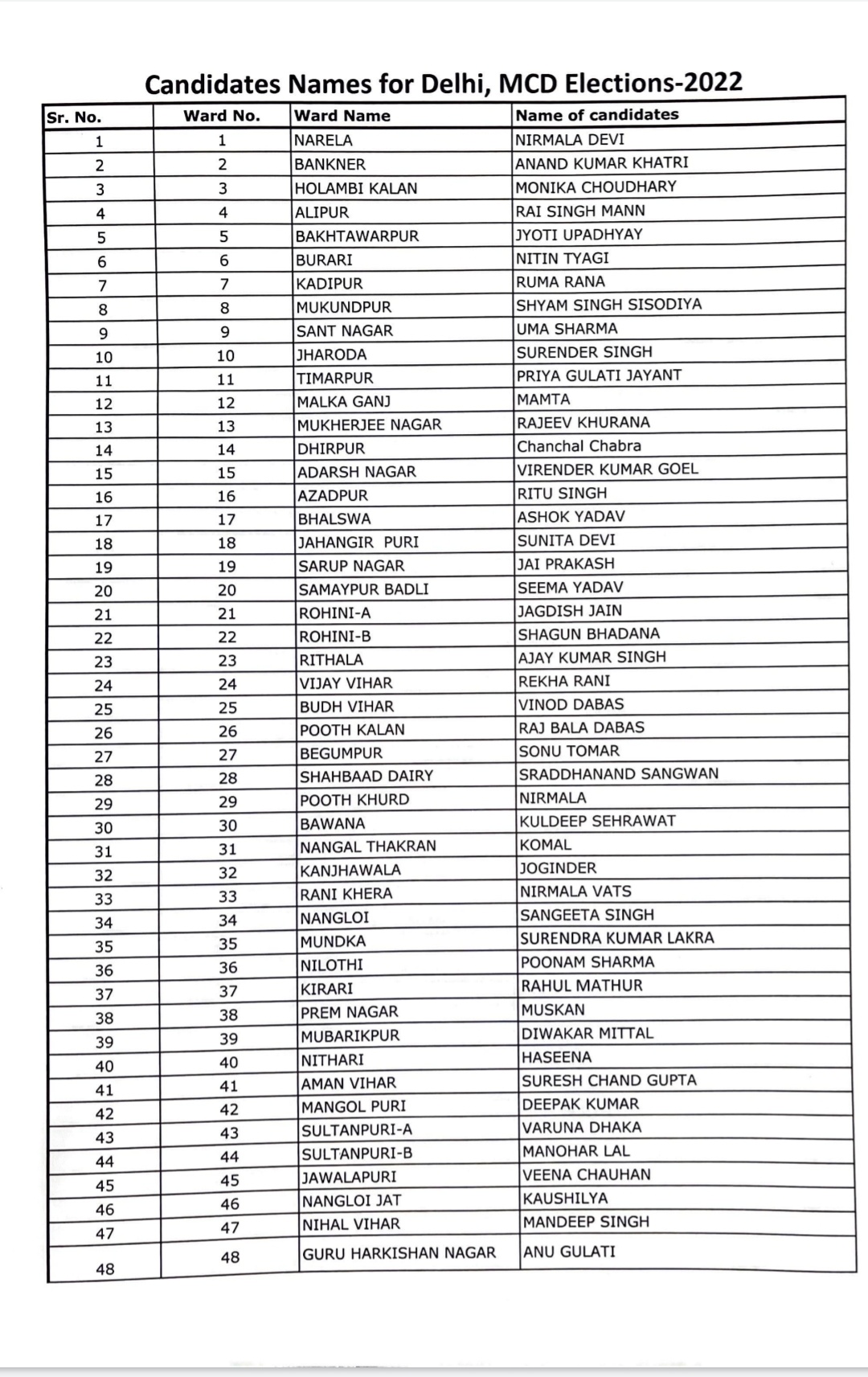 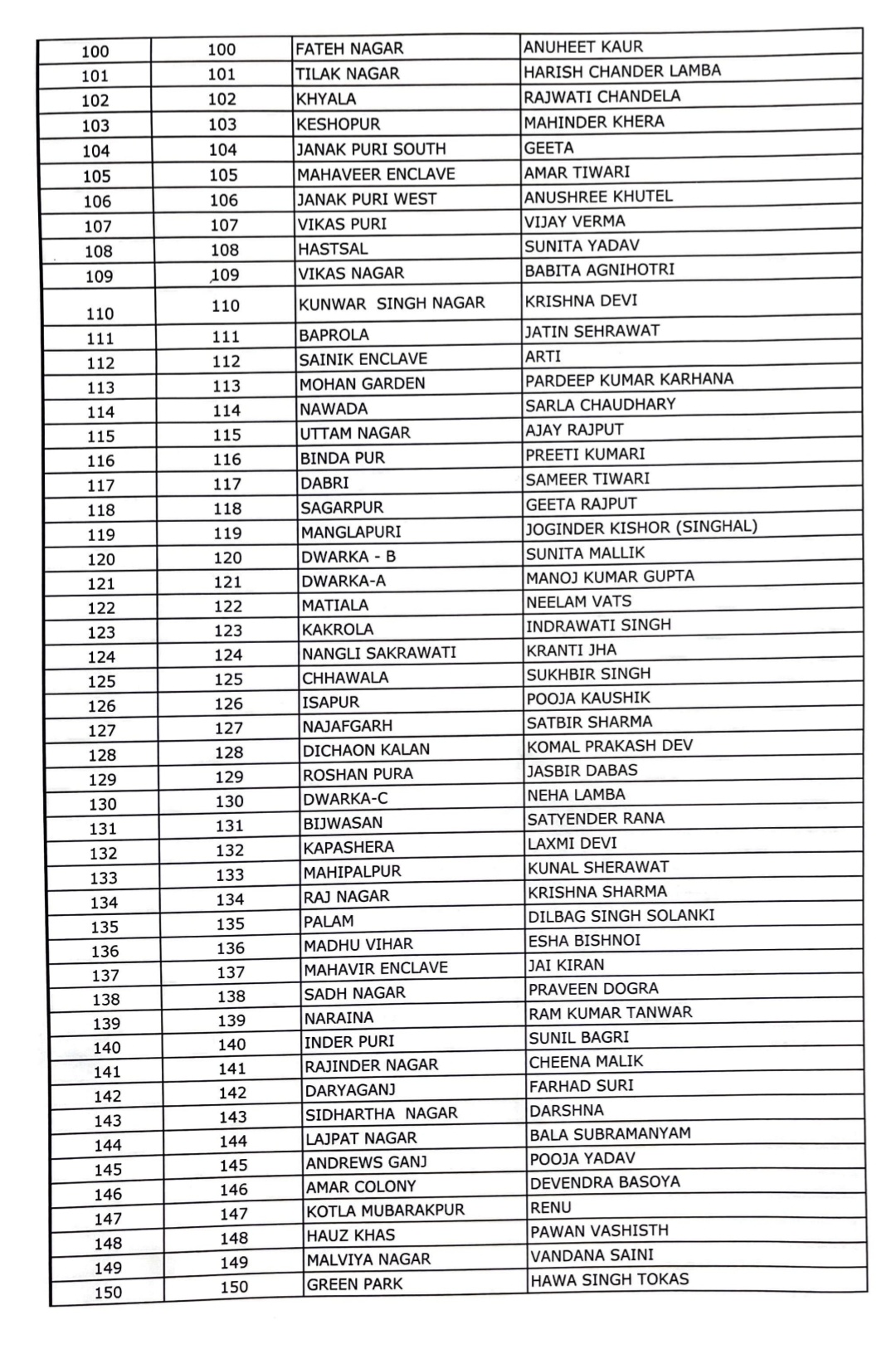 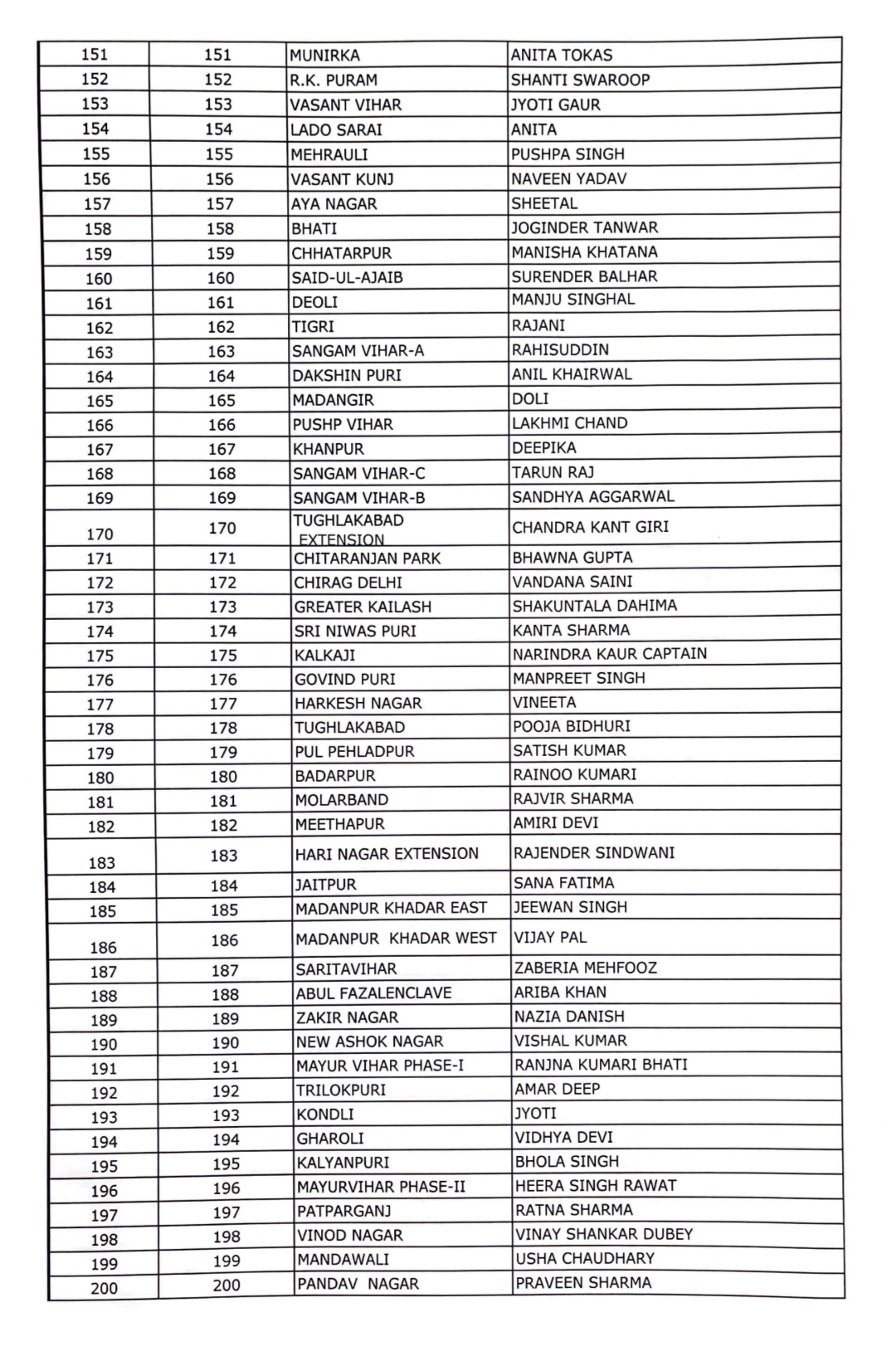 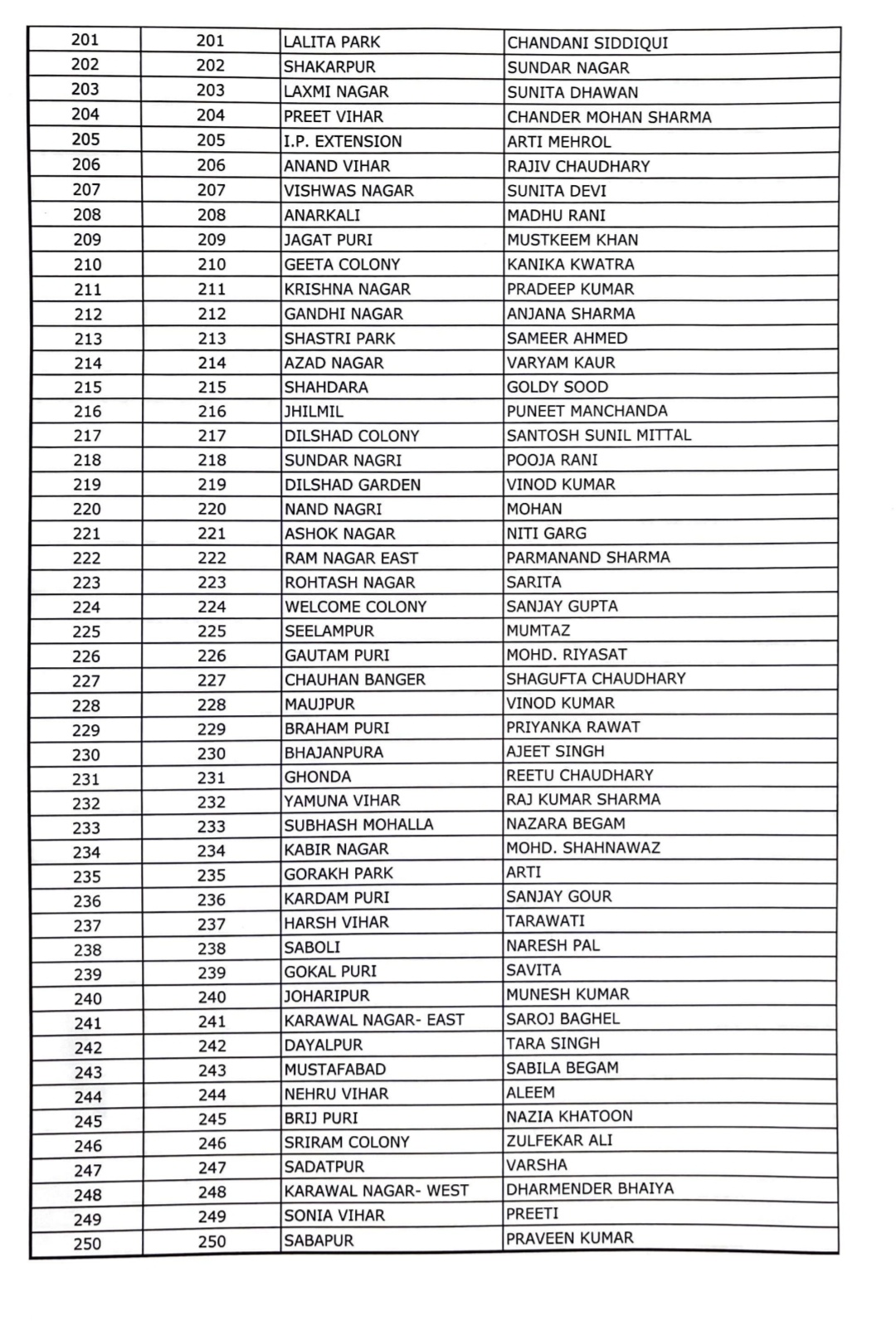